In a briefing Thursday, Camden County government officials announce plans to open a long-awaited test site in Blackwood, offer guidance on benefits, and describe the shortfall in PPE for front-line workers. 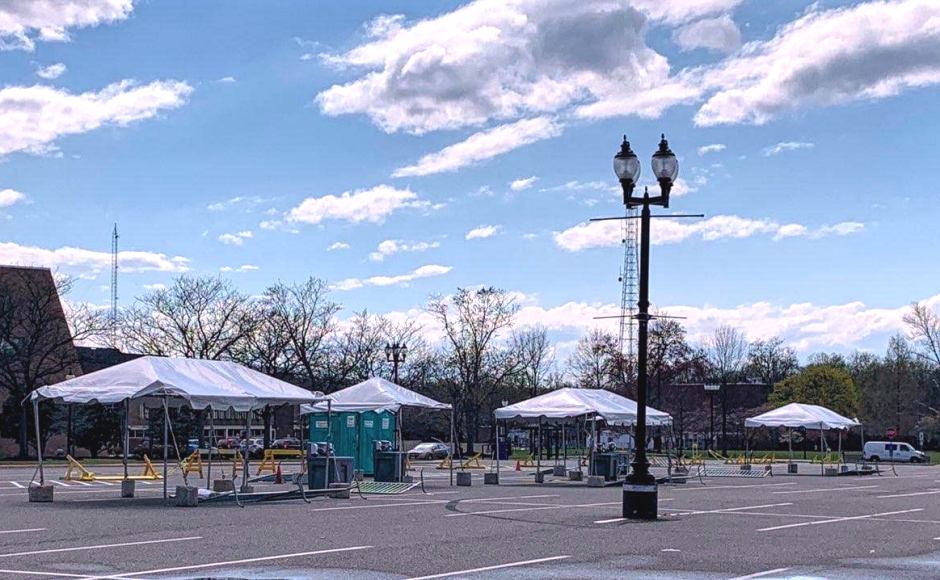 Camden County will open up its long-awaited, second mass testing site for novel coronavirus (COVID-19) at the Blackwood campus of Camden County College next week.

Camden County Freeholder-Director Lou Cappelli made the announcement Thursday in a county-wide briefing about the pandemic.

In coordination with Thomas Jefferson University Hospital, the testing site will open Wednesday, April 15, serving all Camden County residents symptomatic for the virus and who have a referral for a test.

Two lanes will be dedicated for first-responders, healthcare workers, and workers in essential industries, Cappelli said.

The county will also maintain operations at its Camden City testing facility, located at Cooper’s Poynt Park, through May 1. That site, which is staffed by Cooper University Health System and Virtua Health System, was to have shut down next week.

Cappelli also announced, for the first time during the pandemic, local numbers around recovery from the virus: an estimated 700 to 800 residents who’ve been confirmed COVID-19 positive are on the mend, he said. Camden County has sustained 876 local cases and 23 deaths since yesterday’s numbers were reported, but those figures are believed to be underreported given the lack of available test kits.

The lack of available testing for COVID-19 antibodies also slows calculations of those recovered from the virus,  knowledge of which could help the state get back to work faster as it looks to reopen sectors of its economy after the pandemic subsides.

“We need that knowledge and information in order to stem the tide of that disease,” Cappelli said.

Cappelli also indicated that the number of new local cases may be flattening in the neighborhood of 90-plus per day, “which isn’t so bad considering what’s happening in other locations.”

The freeholder-director praised county residents for “doing a tremendous job” adhering to social distancing guidelines, and urged them to keep it up.

“A large majority of Camden County folks who have been infected are doing well and recovering, so that’s good for all of us to know,” he said.

“But we want to try to flatten that curve, and do what we can in order to make sure that our hospitals are not overburdened by so many new cases at the same time.” 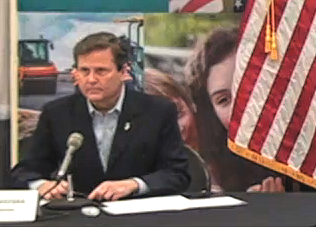 With some 20,000 people trying to file benefits over the phone, Norcross urged them to try doing so over the Internet, saying, “online is quickest.”

Separately from state-issued unemployment benefits, federal unemployment aid will be distributed starting next week, Norcross said. That’s an extra $600 a week for full- and part-time workers, and the self-employed are eligible to claim as well. Lost wages can be paid retroactive to January, and federal benefits, once issued, will be paid weekly through the end of July 2020.

Norcross also recommended that those individuals who do not have a direct-deposit account with the U.S. Internal Revenue Service (IRS) sign up for one. With $1,200 in individual benefits ($2,400 per couple) and $500 per child available, the IRS can make those payments faster electronically, he said. Those waiting for paper checks could face a longer delay, as the federal government can mail only a maximum of 5 million per week.

The congressman also urged small business owners that have lost time and wages to the pandemic to apply for state and federal benefit programs, but cautioned, “if you take advantage of one program, it may disqualify you for another.” 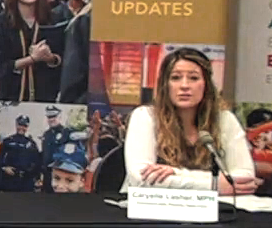 Finally, Caryelle Lasher, Communicable Disease Unit Supervisor at the Camden County Department of Health, urged residents to “only make trips that are really essential, and to “stay connected through distance communication.”

“Distancing is still so important, especially for our elder family members and anyone who has preexisting conditions,” Lasher said.

Camden County has sustained 100 cases of COVID-19 among healthcare workers, she reported.

The shortage in personal protective equipment (PPE) remains a factor in keeping them safe from the virus.