Sgt. Christopher Sarlo was able to talk a man down from the Morgan Boulevard bridge last week, shepherding him into crisis counseling after a tense, early-morning incident. 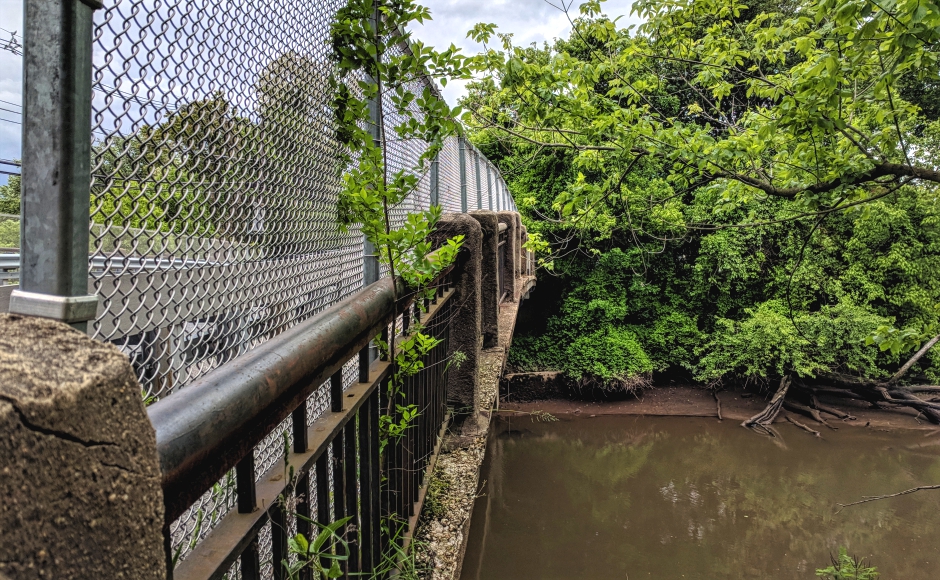 Christopher Sarlo remembers driving over the Morgan Boulevard bridge as a kid, his mom dropping him off at his cousin’s house in Fairview for a sleepover.

The concrete and steel span stretches over Newton Creek, its brown water below speckled with greenery, fallen trees, and occasional bits of garbage.

Sarlo, a sergeant with the Camden County Police Department, has returned to this section of the city plenty of times in the past six years; it’s his beat.

But when he arrived at the bridge at 2 a.m. last Tuesday, it was to help keep someone from going over the side of it.

Parking up the block at Hunter Drive, Sarlo walked slowly up the empty roadway. On the other side of the chain-link fence, standing on the railing, was a man with a rope around his neck. The other end was anchored to the top of the fence.

From across the highway, Sarlo put his hands up and called out.

The man warned him off. Sarlo stayed where he was. But he kept talking, searching for any inroad into a conversation.

“I wasn’t concerned as much about the fall, but the biggest thing was the rope,” Sarlo said. “I asked, ‘What’s it going to take to get that rope off your neck?’

Eventually, there was a breakthrough. They started talking about the man’s family, how he was always the one to take his son to school. Sarlo went with it, telling him, “Why don’t you come over? I want to make sure your kid gets to school in the morning.”

And he never did. The man eventually hopped the fence, unwound the rope from his neck, and the two walked in parallel, several feet apart, down to a nearby lot where EMTs took him to a crisis unit.

The outcome was “the best thing I could hope for,” Sarlo said. 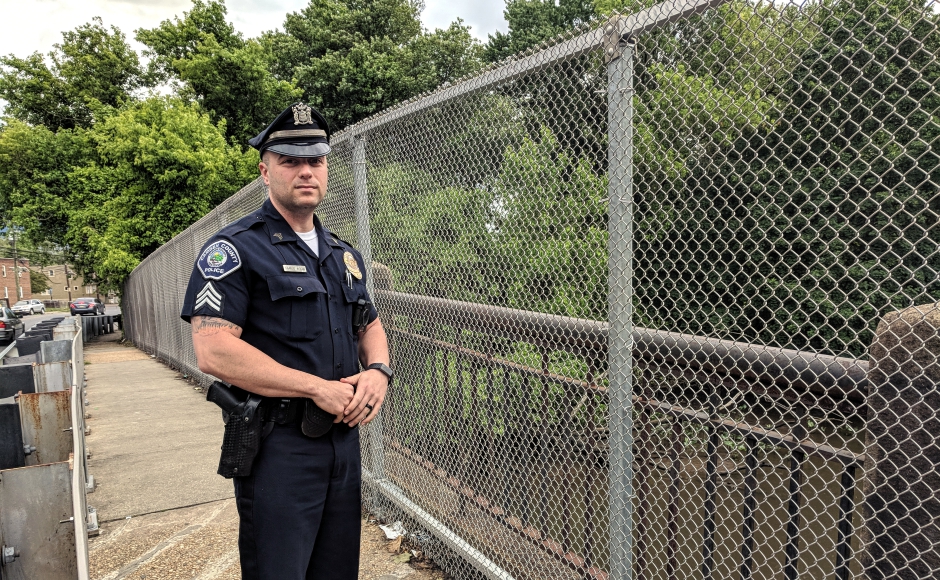 It’s not even the first time Sarlo has talked a resident off a bridge this year; a few months back, he spent several hours with a man who said he was going to leap from the Baird Avenue bridge.

That man came down, too.

Sarlo, like his fellow officers, is trained in de-escalation tactics; it’s the first check-down on any approach to a situation.

“My philosophy has always been that this is the worst day of their life,” he said. “Don’t make them think about that. If they don’t have a reason to live, you have to guide them and show them.”

Making connections on the fly, with a perfect stranger, on the worst day of his life—it’s not easy. And Sarlo believes that it’s tougher still in a world where people are increasingly accustomed to texting, and are uncomfortable with face-to-face interaction.

But he’s doing the job he’s always wanted, and in an environment he’s wanted to. Working for the county gives Sarlo access to the resources and training of an urban department, which he counts as a significant advantage.

Eleven years into his career, after stops in Collingswood (where his father, Richard, was a long-serving police chief), Haddon Township, and Wildwood, Chris Sarlo feels he’s at the forefront of the work he wants to do: community policing.

“It’s nice to be able to reach out and see the people you’re helping,” he said.