Scheduled to be completed in 2019, the project will make the CCMUA energy-independent and resilient to environmental disasters, authorities said. 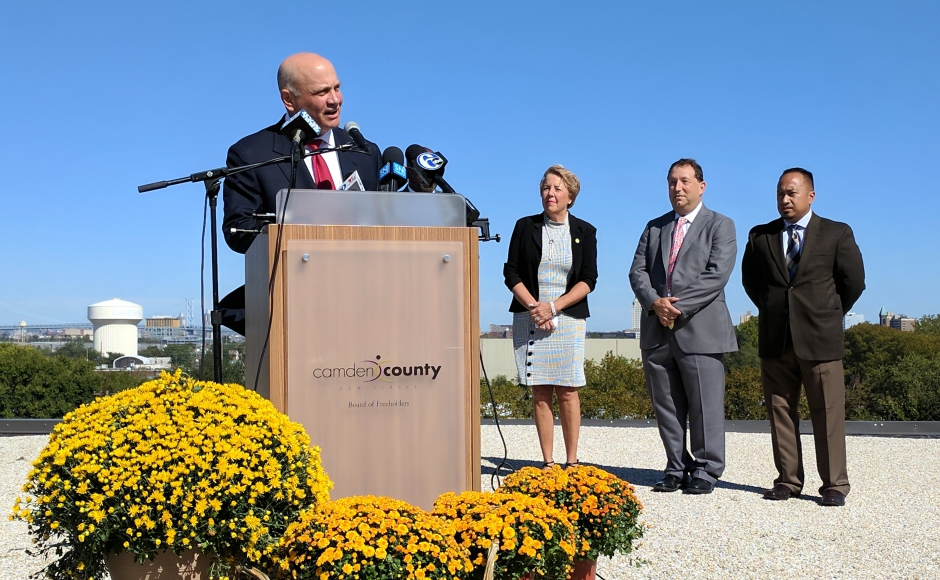 The Camden County Municipal Utilities Authority (CCMUA), which processes wastewater from each of the 37 communities in Camden County, will soon become the first in the New Jersey to be energy-independent.

Thanks to a $40-million project that is in its third phase, the CCMUA will be able to create a microgrid loop, county spokespeople said Thursday, preserving the utility from risks of being taken offline by natural disasters.

“Recent climactic events have proven with a vengeance the need to ensure the resilience of our infrastructure,” said Camden County Freeholder Jeffrey Nash. “CCMUA will be resilient from outside forces.”

Nash called the project “a great example of government innovation” and “a marriage that was meant to happen.”

Freeholder Jonathan Young, a former commissioner of the CCMUA echoed Nash’s statements, adding that “the county will remain committed to the Paris Climate Accords in our own regional way.

“From a public safety view, any large catastrophe that happens, we’re ready to go,” Young said. 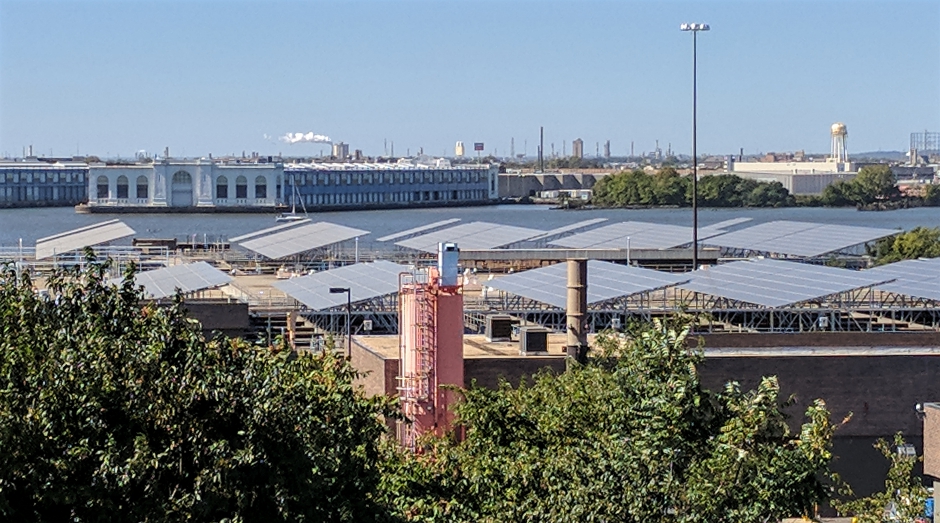 Funded through the New Jersey Environmental Infrastructure Trust Fund, the project will generate nearly 15 megawatts (MW) of energy and save 1 million gallons of water from being withdrawn from the Potomac-Raritan-Magothy (PRM) aquifer system by Covanta Camden.

A solar panel array produces 1.8 MW of energy; a “sludge digester” system produces another 4 MW, and the final 9 MW will be provided by the Covanta Camden trash-to-steam incinerator on Morgan Boulevard.

In exchange, Covanta will offer the CCMUA 5¢-per-kilowatt-hour (kWH) energy rate, a savings of 8¢ per kWH.

“We’ll be sending clean effluent for use as cooling water for the Covanta incinerator; they will send us the balance of our electricity needs,” said CCMUA Executive Director Andrew Kricun. “The beneficiaries will be the environment and the community, because we’ll be able to hold our rates while improving performance. 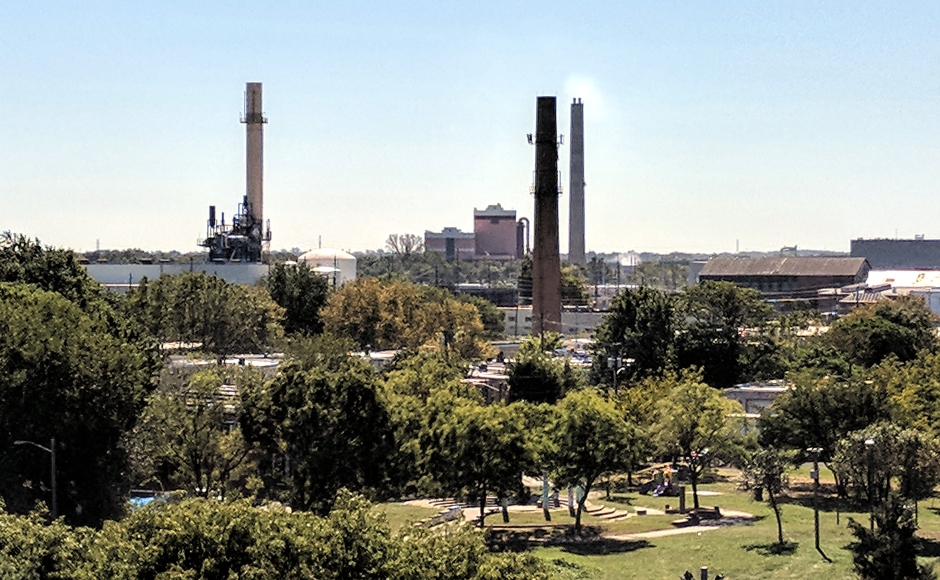 The $30-million digester project is funded by a 30-year, low-interest loan through the U.S. Environmental Protection Agency (EPA), Kricun said.

Closing the sustainability loop microgrid will cost another $8 to $10 million, to which Covanta will contribute, he said, but the savings it generates will exceed the $1-million annual debt service on the project, he said.

There’s also the environmental benefits to the project, which include a reduction in waste odor that comes from “gasifying our sludge,” Kricun said. The utility is “the last defense” before rivers like the Cooper and the Delaware, into which untreated sludge used to flow prior to the establishment of the CCMUA in 1991.

By taking the utility off-grid, the county is less at risk of battling sewage backups in the event of environmental disasters that disrupt energy transmission at utility authorities, he said. 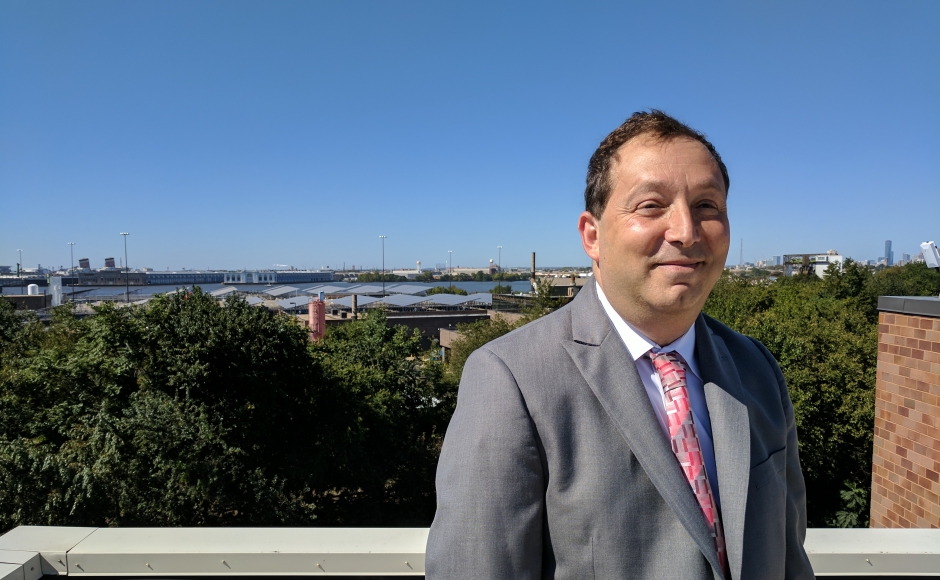 “We want to make sure our plant doesn’t suffer the same fate when the next storm comes.

“It’s very important for us to get off the grid.”

New Jersey Board of Public Utilities (BPU) Commissioner Dianne Solomon said the project is one of 13 approved microgrid feasibility studies throughout the state. The BPU underwrote the costs and feasibility study of the CCMUA sustainability loop with a $150,000 grant.

Solomon said such projects are critical to preserving critical infrastructure, as utilities are some of the biggest energy users in the state and also the most vulnerable to being knocked offline by natural disasters. She said microgrids have the potential to reshape energy distribution arrangements in novel ways to help improve local resiliency.

“How you want to structure microgrids depends on what’s important to you,” Solomon said. “It’s not a new concept, but how you fund and create them [could be].” 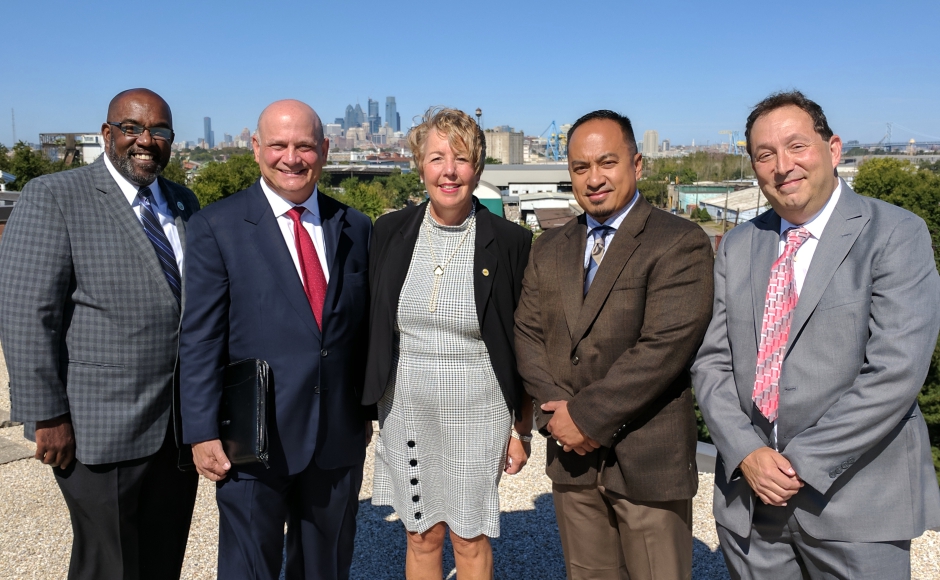 He credited low-interest state funding for helping keep costs down in the 26 years since its establishment; since 1997, per-household rates have climbed only $15 per year, from $337 to $352.

Looking over the edge of the roof at the CCMUA building Thursday, he pointed to another of its improvements: the wastewater diversion that has given rise to the Waterfront South neighborhood park, which was created on “otherwise contaminated property.

“The odor issue that has pervaded this community from the day this plant opened in 1991 has been substantially eliminated because of the efforts of this authority,” Kricun said.