Trending
You are at:Home»Government»Camden Cracks Down on ATV, Dirt Bike Riders in City Limits

The use of off-road vehicles on city streets is reflective of ‘a national epidemic’ of high-risk activities, said Camden City Mayor Frank Moran. He hopes stiffer penalties at the state level will help to curb it. Roll away the doors to the Camden County Metro Police impound lot, and it looks like somebody shook out a pile of Matchbox toys.

Within the walls of the Pennsauken garage are row upon row of off-road vehicles—ATVs, dirt bikes, quads—many of them marked on the gas tank, seat, or fender with a date and a case number.

The bulk of them has been seized on the streets of Camden City and the surrounding environs, where authorities say they’re being ridden indiscriminately, often dangerously, in areas meant for pedestrian or vehicle traffic.

“My office is flooded day in and day out with calls about this nuisance to the community,” Moran said. “We’re going to explore everything we can do legally to increase the fines to destroy these machines.”

The mayor said addressing the issue requires help from average citizens. He asked for residents to report the use of off-road vehicles on city streets, either by calling in tips to local law enforcement, or via the StopIt app.

“We can’t do it alone; this is something that affects all of us,” James said. 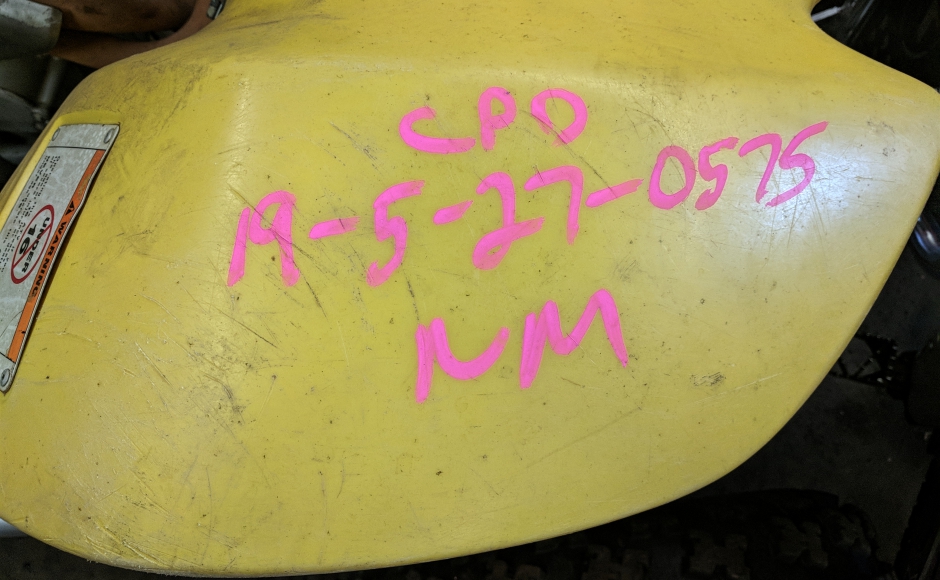 The case number scrawled on the fender of a confiscated off-road vehicle marks it as having been seized by Camden County Police on May 27. Credit: Matt Skoufalos.

Once they spot an officer, riders can tend to cause more harm to themselves and others while fleeing.

Since April 1, the department has impounded 29 of 45 off-road vehicles police have encountered.

Some had been stolen, some were purchased legally, and some had been taken through car-jackings that started with a Craigslist ad, James said.

In eight accidents involving the vehicles, riders have been injured critically and neighborhoods have been disrupted by behavior the lieutenant described as a public nuisance.

“Unfortunately, [ATV riders] don’t think about the other person,” he said. “They’ve glorified it through the media, through videos. This is culture that’s persistent.”

Camden City resident Vedra Chandler said off-road vehicle riders “damage cars, tear up greenspace, and injure themselves” with behavior that “disrespects our public and community assets for which we’ve fought so hard.”

“Just because we’ve gotten used to seeing something does not mean we have to tolerate it forever more,” Chandler said. She urged riders to “respect yourselves, [and]respect the laws.” 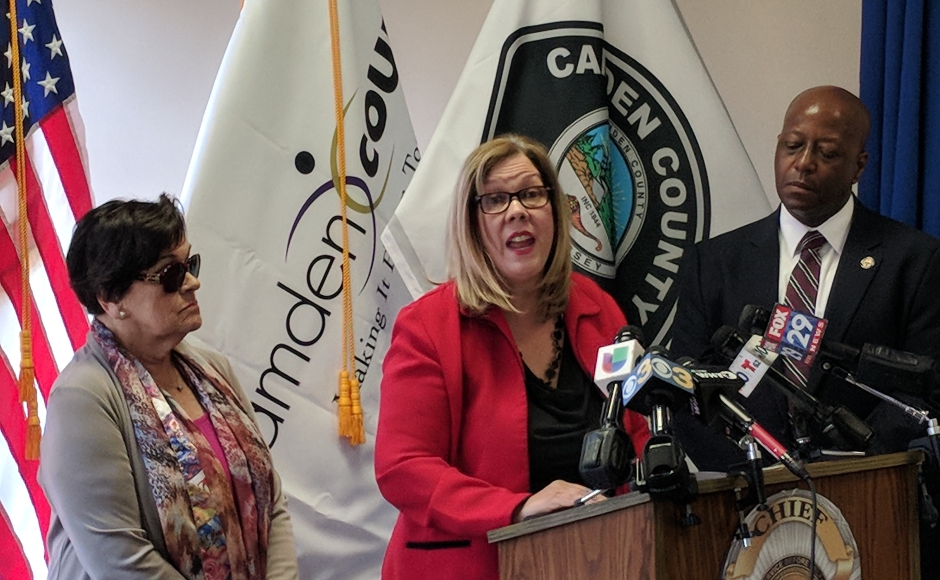 “Put your bike on a trailer, wear a helmet, and ride off-road in a place where it’s legal,” Chandler said.

State Senator Nilsa Cruz-Perez (D, NJ-5) said she’d almost been hit by an ATV that was driven against the flow of traffic on River Road in the city.

“People in Camden face this every day,” Cruz-Perez said.

She and her fellow Fifth District legislative cohorts Assemblyman William Spearman (D, NJ-5) and Assemblywoman Patricia Egan Jones (D, NJ-5) are drafting a bill that would stiffen penalties for ATV riders who flout the rules of the road.

Under the same bill, riders charged with illegally riding off-road vehicles would face a 30-day driver license suspension and $1,000 fine for a first offense. Those penalties would increase to a six-months suspension and $1,500 fine, or two years and $2,000 after second and third subsequent offenses, respectively.

“People are laughing at our lawful residents, just having a good time on a vehicle that’s meant for off-road use only,” said Egan Jones.

“We have to get their attention and make them focused on being a part of the community,” Spearman said.

For Moran, that change in the law “gives us the teeth so [the Camden County]  Metro [Police] can do what they have to do, because we recognize that these ATV riders are not willing to follow the law or are not cognizant of the law.

“We are nine square miles, we are a city on the rise, and we are rebuilding,” the mayor said. “The streets of Camden are not a public park for these ATVs to operate.” 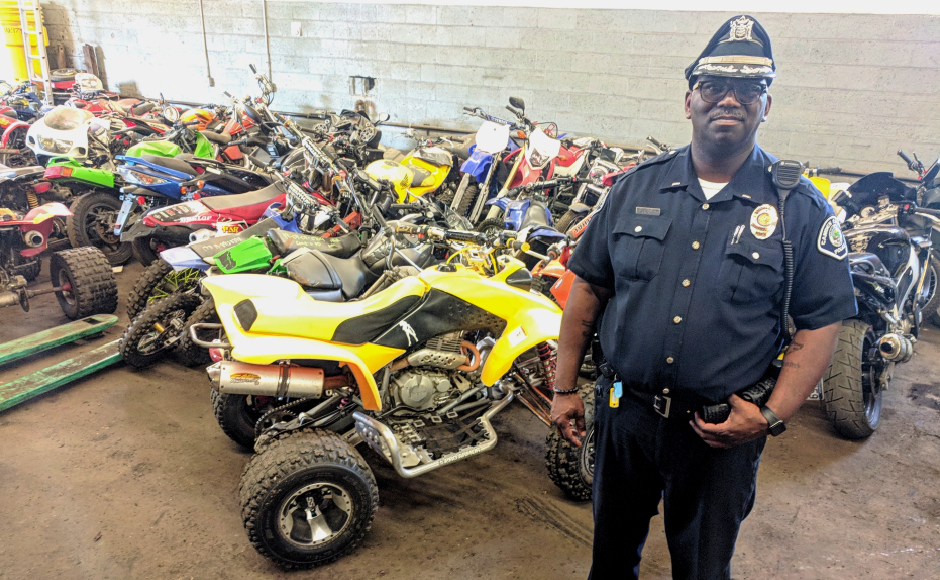 Of course, areas in which to legally ride off-road vehicles are few and far between, and none of them is close to Camden City.

The nearest is New Jersey Motocross Park Field of Dreams, in Millville.

Furthermore, the vehicles are themselves magnets for younger riders because they’re able to operate them at 14, and no permit or license is necessary to do so.

James, himself a motorcycle enthusiast, has heard ATV riders defend their actions as “blowing off steam,” but not as alternative transportation.

Cruz-Perez acknowledged that the state had made prior commitments to ATV riders to establish parks for them to operate the vehicles lawfully, but those agreements were never fulfilled.

Moran was untroubled by any such concerns.

“My priority is to rebuild my city,” he said. “We don’t have the land or the amenities or the ability to create a park.

“Load them on trailers, on the back of their pickup trucks, ride them down 30 miles due east or south, and ride them legally.”