Edmond Brown, Jr. pleaded guilty to two charges and must serve a minimum of five years in state prison. Brown was shot by a Haddon Township officer while wrestling with him after a vehicle stop last October. 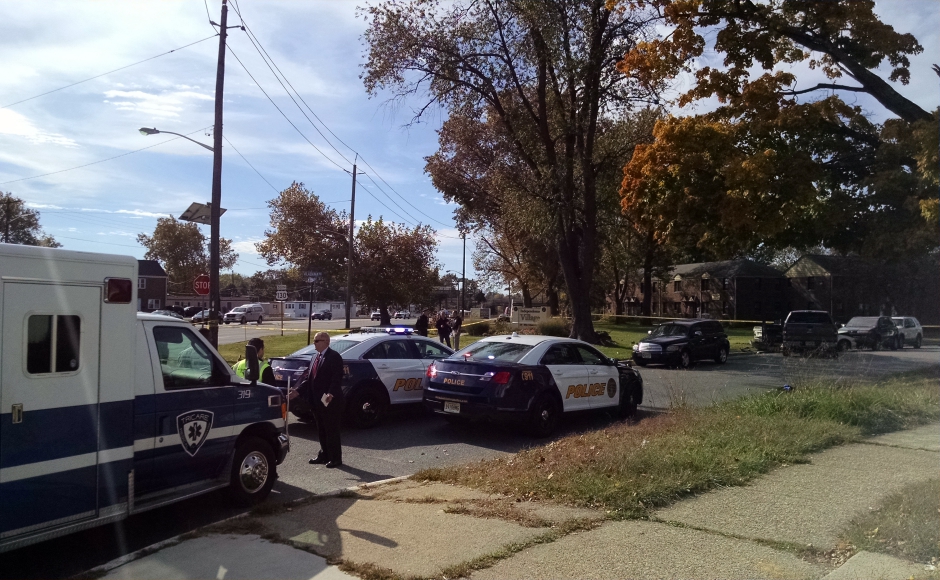 The scene of a police-involved shooting on Route 130. Credit: Matt Skoufalos.

A Camden City man who fought with a Haddon Township police officer after a traffic stop last October will be sentenced to seven years in New Jersey state prison.

According to a plea agreement announced by the Camden County Prosecutor’s Office (CCPO), 39-year-old Edmond Brown Jr. must serve at least five years for second-degree eluding and second-degree certain “persons not to possess a weapon” charges.

Brown, Jr. ran into trouble during a traffic stop October 29, 2016, when he gave a false name to the Haddon Township police officer who pulled him over at the intersection of Routes 130 and 168 in Camden City.

While the officer reviewed his documents, Brown, Jr. drove his vehicle into a parked car on Alabama Avenue, just outside the Independence Village apartment complex, dragging the officer along with him. A struggle followed, and Brown, Jr. was shot once in the leg. He was treated at a nearby hospital, and was released the same day.

The scene of an apparent police-involved shooting on Route 130. Credit: Matt Skoufalos.

“Police later learned that Brown had a conviction which prevented him from possessing a handgun and was absconding from probation at the time of the incident,” the CCPO said in a statement.

An investigation into the incident ruled that the officer’s use of force was legally justified, according to findings from the CCPO and the New Jersey Attorney General.

Brown Jr. is scheduled to be sentenced on September 22, 2017 before Superior Court Judge John T. Kelley.