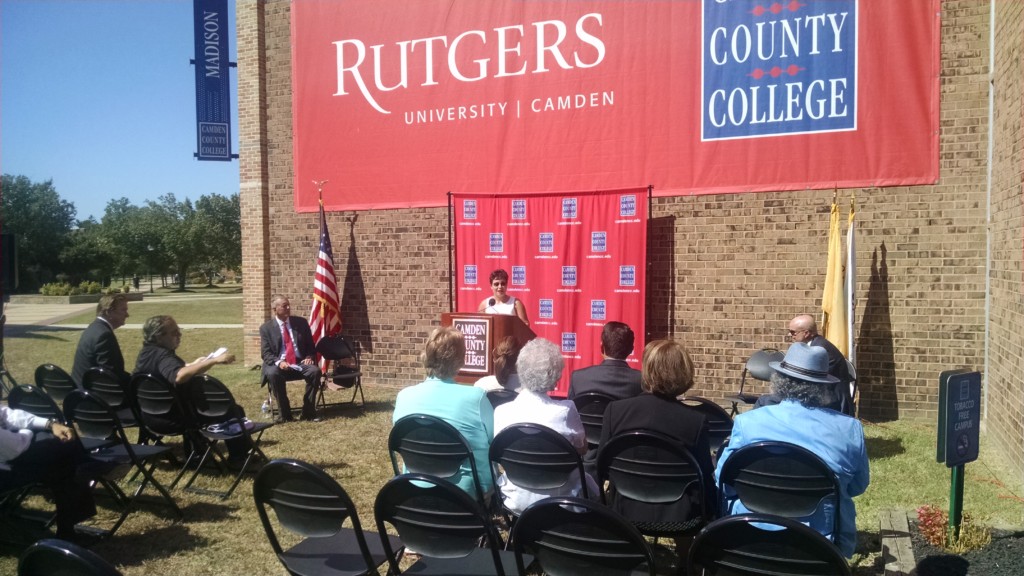 A new partnership among Camden County College (CCC) and Rutgers University Camden will allow students in families earning $100,000 or less to receive either free or half-price tuition at the state university.

The “Bridging the Gap” initiative will cover full-time tuition and fees at Rutgers for students in households with an adjusted gross income (AGI) of $60,000 or less.

The program is expected to save the average student around $20,000 on the total cost of a bachelor’s degree, and Rutgers is funding the tuition offset internally, said Craig Westman, Vice Chancellor for Enrollment Management at Rutgers-Camden. Last year, both institutions found success with a 160-student pilot version of the program called “Rutgers at CCC,” and are expanding it this fall for another 129 transfer students. There are nearly 600 CCC transfers among the 4,800-student freshman class at Rutgers-Camden, Westman said.

“After four years, it’s going to have a large impact,” he said.

In keeping with national trends, which saw community college attendance dip about 4 percent from 2013-14, enrollment at Camden County College is down 5 percent from 2014-15 levels, said Freeholder Ed McDonnell. McDonnell added that he expects 2016 numbers at CCC will be flat over year-ago totals. 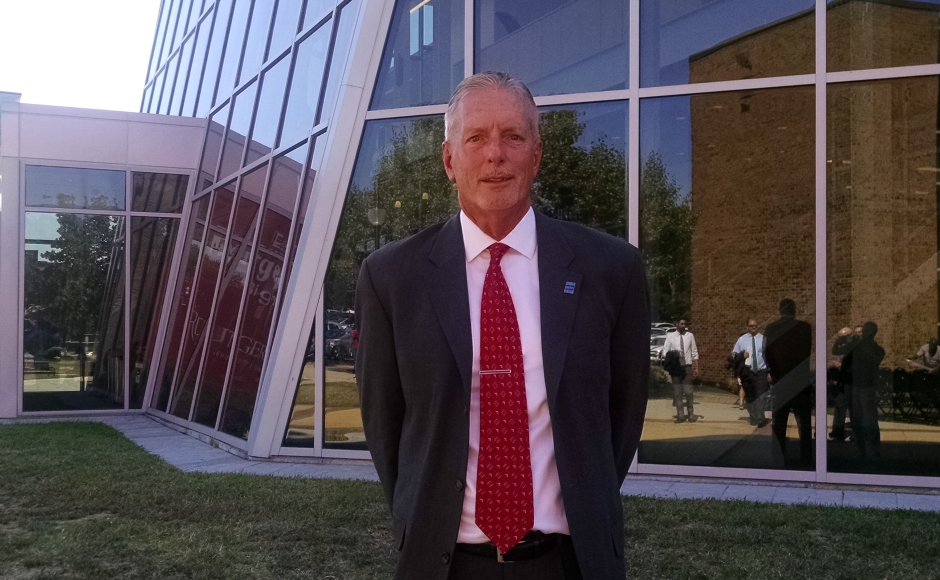 Camden County College President Donald Borden said the majority of students at CCC are eligible for financial aid, and are likely eligible for economic assistance.

Rather than focusing on college attendance figures, Borden said he’s more interested in alleviating barriers to students’ completion of their degrees.

“People can talk about how many individuals go to college; I want to say that’s an irrelevant statistic,” he said. “It pales compared to how many finish their degree program here, or their certification program, which puts them in the workforce; or transfer to Rutgers to complete a baccalaureate program.”

Borden said Camden County College “can be a great conduit” for students completing degree programs because of the number and nature of supports available there, from smaller class sizes to the availability of services like childcare, mentorship, and tutoring.

“We have a different client that shows up here, and as a result of that, we have a different responsibility to help them be successful,” Borden said. “Students become frustrated financially, by academic issues, [by]transportation issues, and that leads to drop-out. We can’t afford to not look at all those issues and try to address them.”

Other initiatives, like scholarships to help offset the $800-per-semester average cost of books, reflect Borden’s institutional priority to “wrap that support around our students.” He also credited the county government with helping keep CCC’s $4,200-per-year tuition flat for the past few years.

“It’s critically important,” Borden said. “We’ve been able to create a learning environment that is attractive to students; without fiscal support, that would be difficult to do. There’s a commitment across the board to try to provide an accessible, affordable education.” 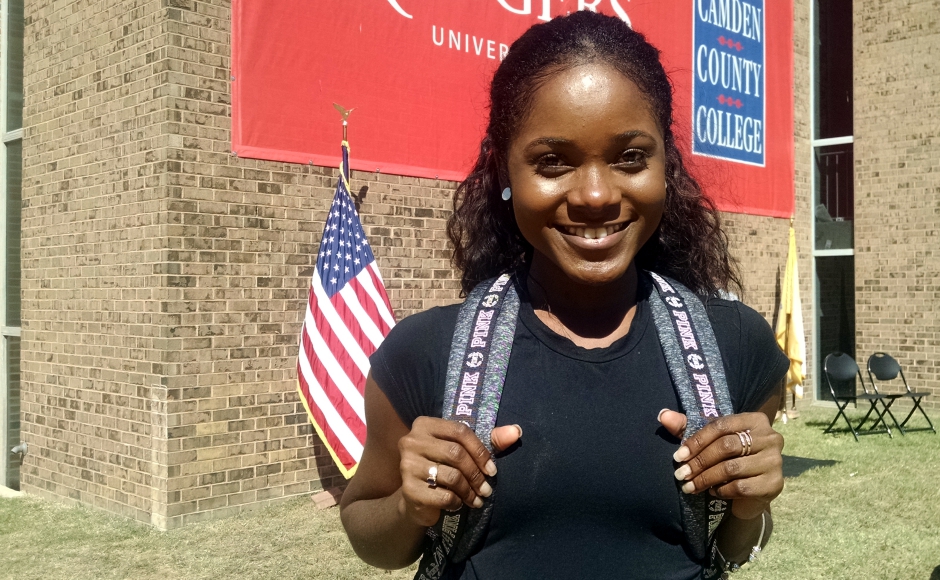 In addition to nursing and technology certifications, Rutgers also offers four undergraduate degrees—business administration, criminal justice, liberal studies, and psychology—for which all classes are provided at the CCC Blackwood campus.

Lena Dandy of Magnolia, one of the students taking advantage of the Bridging the Gap aid, will complete her nursing degree at Rutgers-Camden.

The Rutgers-CCC partnership makes transferring easier, Dandy said. She also appreciates that the curriculum is clearly established for students in her major.

“They have everything prepared for you,” she said. “I know some kids [who], when they go to community college, they just take every class, and then find out they don’t even need it for what they’re doing.”

Camden County Freeholder Carmen Rodriguez said the program will make it possible for students to continue their education without accumulating burdensome debt, giving future generations the training they need to land high-skilled jobs.

“You are removing the biggest [road]block in the way of people’s futures and people’s success,” Rodriguez said at a press conference announcing the program Wednesday. “You are creating waves. I hope it becomes a model.”