A master plan for the town Historical and Environmental Center could help educate guests about important environmental issues while using the natural ecology of the Newton Creek watershed.

At the end of Ormond Avenue in Haddon Township is a small, white building that backs up to the woods outlining Newton Lake.

A wood-burned sign that hangs above the entrance reads: BETTLEWOOD FATHERS HALL. The door is often locked; the room inside, often unlit.

Years ago, remembers the township historical society, it was a neighborhood clubhouse that hosted visits with Santa and spaghetti dinners. 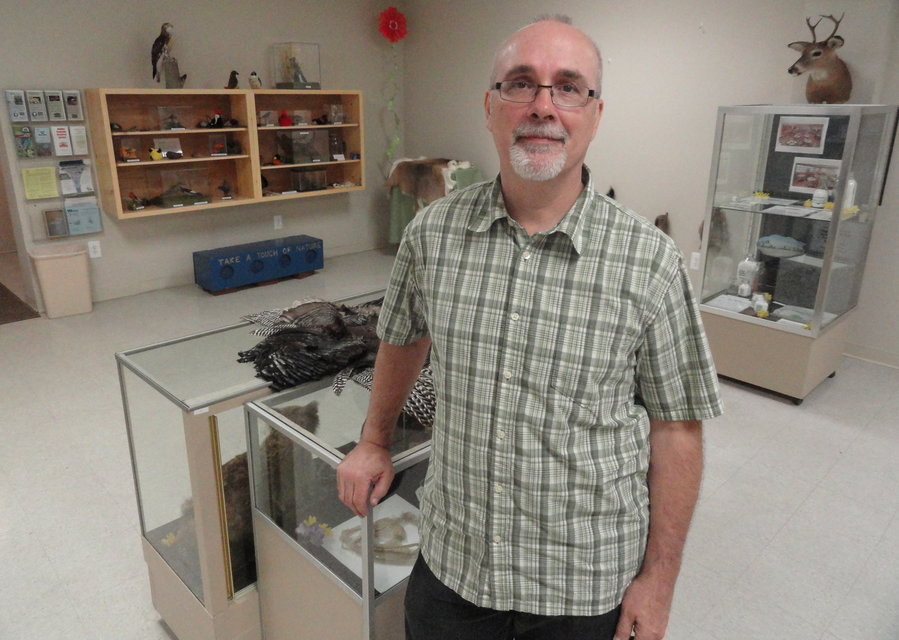 Today, Haddon Township resident John Nystedt is one of several people working to restore the facility to its former station as a focal point of the community, and with that same civic spirit.

Nystedt is a landscape architect with the Delaware Riverkeeper Network and an advisory director for the Saddler’s Woods Conservation Association. He was part of the team that installed a rain garden at the Van Sciver School and another in Audubon Park.

On Tuesday, Nystedt presented an ecological site plan to the township commissioners that would improve the grounds around the hall—known today as the Haddon Township Historical and Environmental Center—to better serve its mission of community education.

“We really want to make it a site that’s worthy of an environmental center,” Nystedt said.

The center has already had some physical improvements, including a handful of benches donated by a Pennsylvania Boy Scout troop and some foot paths established by volunteers from Comcast. Nystedt’s plan calls for the incorporation of shade and flowering trees, shrubs, and grasses appropriate for educating visitors about stormwater management and the biodiversity of the area.

The entire plan would manage property in three zones on each side of the stream, creating a “learning landscape” for educating visitors about the ecological value of the Newton Creek watershed.

“What we’re looking for [from the township]is a little bit of site preparation,” said Nystedt, adding that soil near the building is “about one-third rock.”

“We have a work date plan for early October,” he said. “It’d be wonderful to have a lot of the basic site grading, the swales and the rain gardens, so that those plants can grow.”

Initial money for the project was contributed by an anonymous donor, Nystedt said, to the tune of $19,500. The group is also pursuing grant dollars.

“As much money and funding as we can get, we’ll improve the site,” he said. 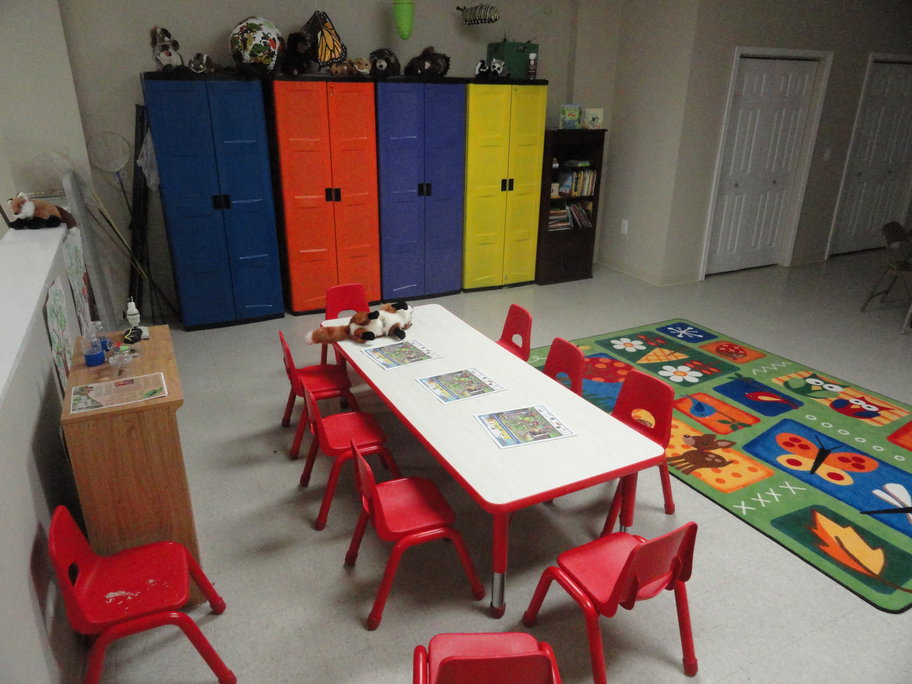 ‘A matter of caring’

As one of the oldest communities in the county, Haddon Township was established before the advent of stormwater management plans, Nystedt said, so “every bit of pollution that hits pavement goes into our streams.

“All of your storm water ends up in lakes and rivers,” Nystedt said.

“If we all do our part and take roof water and get it into rain gardens, it helps recharge the water into the grounds; helps maintain the base flow of streams.”

Heavy rains overload storm systems, which can cause sewage to leak into sanitary sewers—a problem, he said, shared by communities all along the Newton Creek watershed, from Haddon Township to Camden City.

“Since the CCMUA plant was put in and all the pipes now take the sewage away from there, all of our streams are better,” Nystedt said. “But the plant is in Camden so the smell’s in Camden.”

Such issues become questions of environmental justice, Nystedt said, which is why the center hosts visiting school children from throughout the watershed area, including Camden City.

“If you actually meet the people downstream then maybe you care a little bit more about the water down there,” he said. “It’s not so much about finger-pointing; it’s just a matter of caring.”

The inefficiency of current stormwater management infrastructure is also a contributing factor to the unsightly algae blooms in Newton Lake. Re-growing the brush and trees that border the water’s edge, for example, would provide the lake with a natural buffer that would enable it to absorb fewer chemicals, he said. 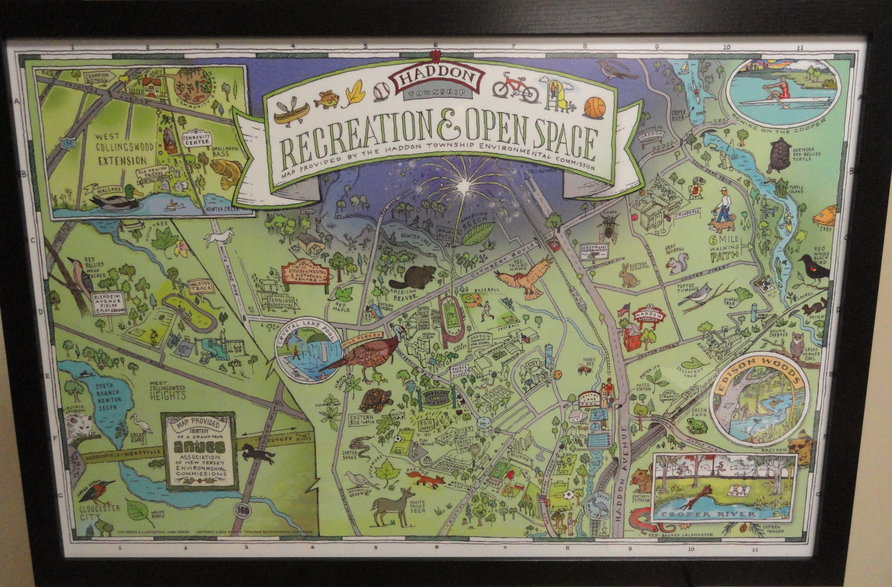 Haddon Township artist-in-residence Mark Parker created this map of the open spaces in the town, which hangs in the Center. Credit: Matt Skoufalos.

“Right now there’s a lot of legacy sediments that have too many nutrients in them; mainly phosphorous,” Nystedt said.

Above all else, he said, anything that helps anchor the Historical and Environmental Center more firmly into its surroundings will increase its chances of communicating those conservationist messages.