Residents of the Edgewood Properties communities that share the site voiced their displeasure with the condition of the project, which was billed as a transit-oriented downtown 15 years ago. 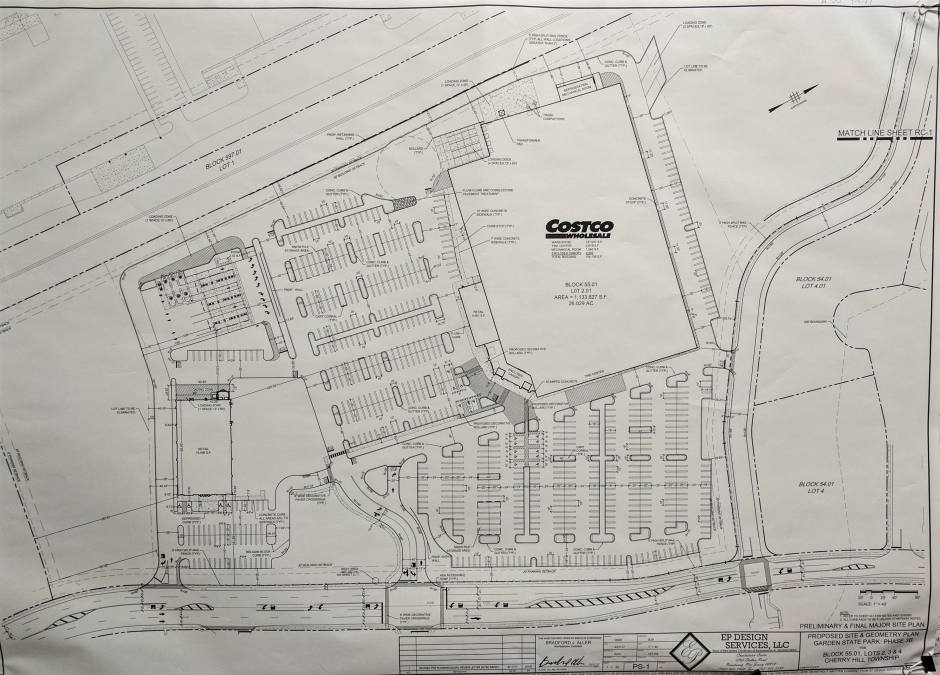 After nearly five years, big-box retailer Costco got the go-ahead for a 154,000-square-foot location at the Garden State Park plaza in Cherry Hill.

In a marathon meeting of the township planning board Tuesday night, discussion of the plans ranged from its economic and environmental impact to whether the site of the former racetrack in any way resembles the transit-oriented development (TOD) project it was billed as 15 years ago.

Attorney Frank Petrino of the Princeton-based firm Eckert Seamans defined the project as “Phase 3B” of the multiphase development of the former Garden State Racetrack, was first approved in 2002. The parcel was originally intended to house 1.4 million square-feet of office space and a 150-room hotel, for neither of which the market has found an appetite since the original plan was written. 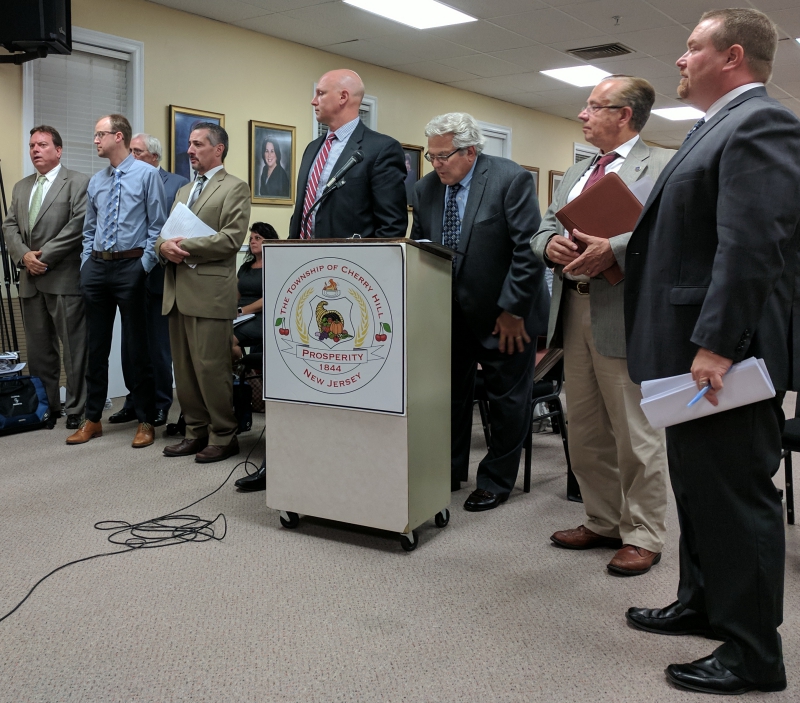 Petrino led a litany of experts through their testimonies, but the bulk of the discussion focused on plans for various roadway improvements, including two additional traffic signals on Garden Park Boulevard, and the creation of a 30-foot-wide road with an at-grade crossing over the NJ Transit rail line.

Karl Pehnke of Langan Engineering & Environmental Services, who has prepared the traffic plans for the entire site since its inception, said the rail crossing would be expected to divert some 300 to 400 vehicles per hour away from Route 70 and Haddonfield Road.

As compared to the original plans for an office park, Pehnke said Costco would account for some 2,000 to 2,500 fewer weekday trips, but 300-400 more trips per hour on the weekend. How much of that traffic relief is contingent upon the construction of the rail crossing was another point of contention, as its construction schedule is determined by NJ Transit.

The meeting also afforded residents of the Park Place townhome community the opportunity to speak on their various disappointments with a project they said had fallen far short of delivering on its promises. 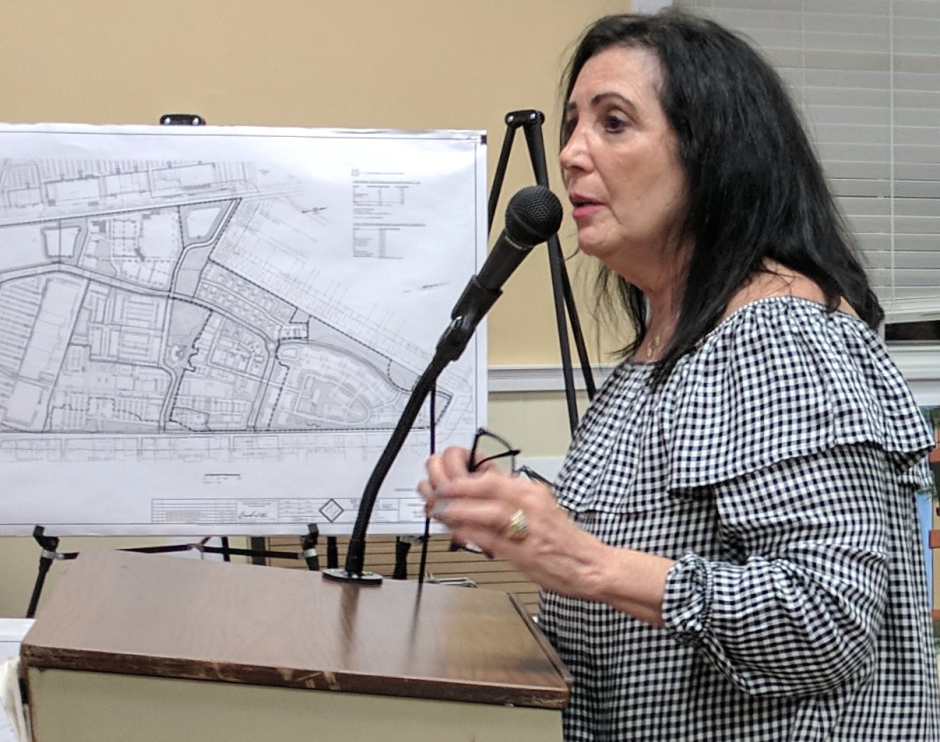 They complained about the absence of sidewalks, speeding cut-through traffic, and the ragged condition of streets that residents said made it difficult to navigate on foot or on a bike.

“There’s really not a safe highway to travel on,” said Angela DiMedio, who described her experience as “buying into a dream that never happened.

“I retired and thought I was going to move into another community,” DiMedio said.

“I don’t feel like a community anymore. I refer to [Park Place]  now as the Route 70 bypass,” she said.

Her neighbor Kerry Dinter echoed those remarks, lamenting that the property didn’t measure up to the “5-star, luxury resort” vision she was sold.

“I was so proud to move to Cherry Hill,” Dinter said. “ I had a dream here. I was promised a baseball field; a safe place to raise my family.” 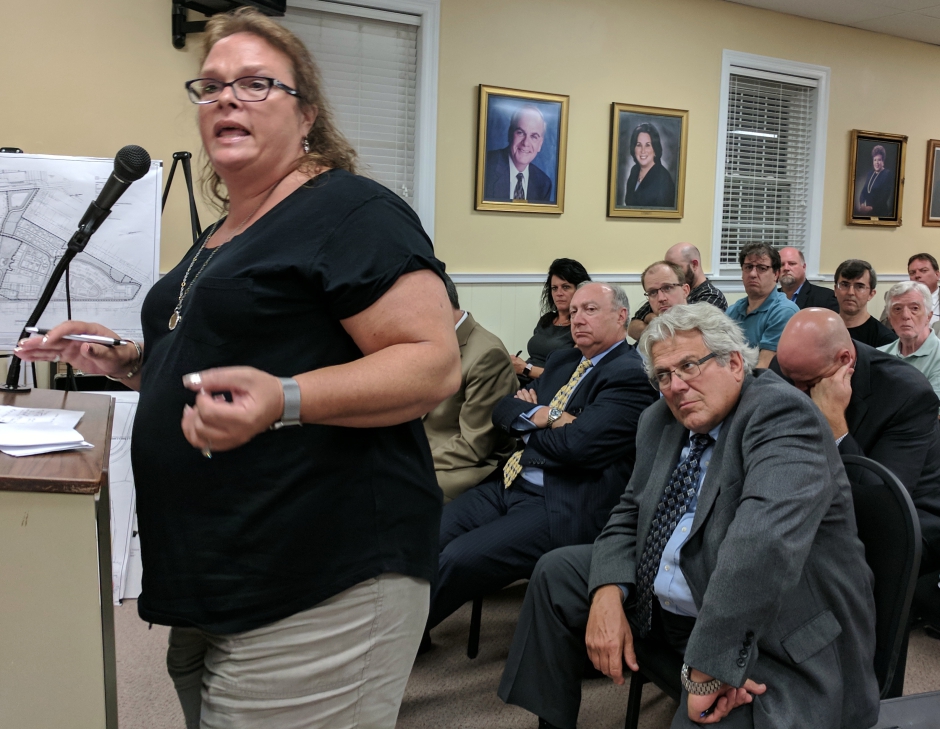 Cherry Hill resident Kerry Dinter complained that her experience did not measure up to the original vision for the Garden State Park condos. Credit: Matt Skoufalos.

With the approval of the Costco application, Dinter said her high-end home will sit about 1100 feet from a steady stream of customers seeking cheap gas, and she’ll have spent “more than $500,000 to look at a warehouse.”

Cherry Hill resident Patty Magnus was upset that the revised plan would never approach the original vision for the parcel, which was intended to give Cherry Hill the downtown center it has never had.

Magnus said the changes make it nearly impossible for the township to “capture this transit-oriented development opportunity.”

Cherry Hill Deputy Director of Community Development Lorissa Luciani replied that the opportunity had pretty much already been squandered because “unfortunately, the train station is behind another big-box store, which limits the chances of TOD.” 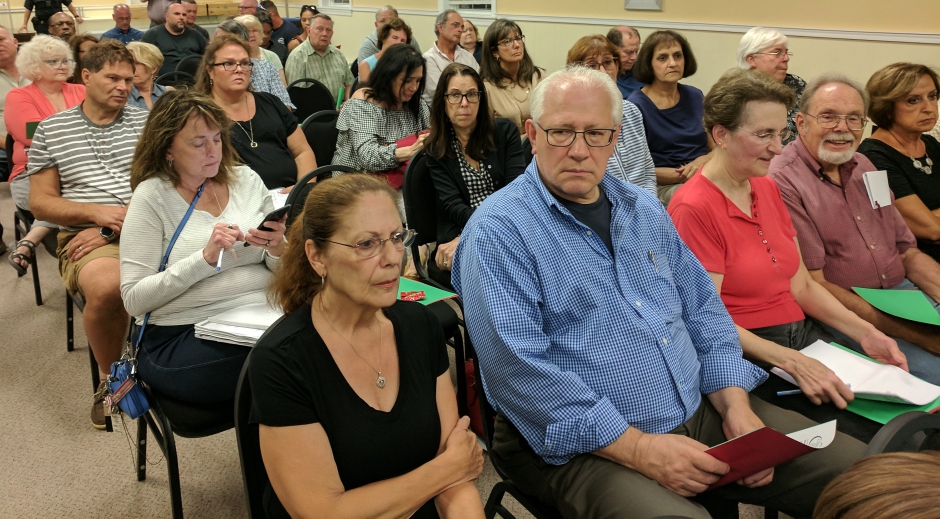 Magnus also challenged the notion that bringing Costco to the location would improve circumstances for other businesses in Garden State Park, saying “cross-pollination doesn’t seem to happen with Costco.”

Her view was most likely shared by attorney CherylLynn Walters, who represents Ravitz Family Markets, owners of the ShopRite at the far end of the Garden State Park plaza.

Walters practices with the Stratford-based firm Platt and Riso, which contested the municipal ordinance creating the B4 conditional-use zoning law that allowed Costco to apply for a gas station at the parcel. She has also represented the Ravitzes in challenging applications for competing projects in the township, including the Lidl grocery store planned for 2018.

Whereas Walters opposed the letter of the law that would bring gas sales to the site, Magnus expressed her frustrations with the spirit of the project, which she said would undermine the other gas stations that exist in abundance along nearby Haddonfield Road and Route 70.

“I’ve never had to wait in line to purchase gas in Cherry Hill,” Magnus said. “Demand is being met. [Costco’s]  high reliance on low margins will cannibalize existing gas stations.”

Despite their reservations about the project, many members of the public who testified also self-identified as Costco members, and praised the company’s business model. The location is expected to add an estimated 200 to 250 jobs, Luciani said. 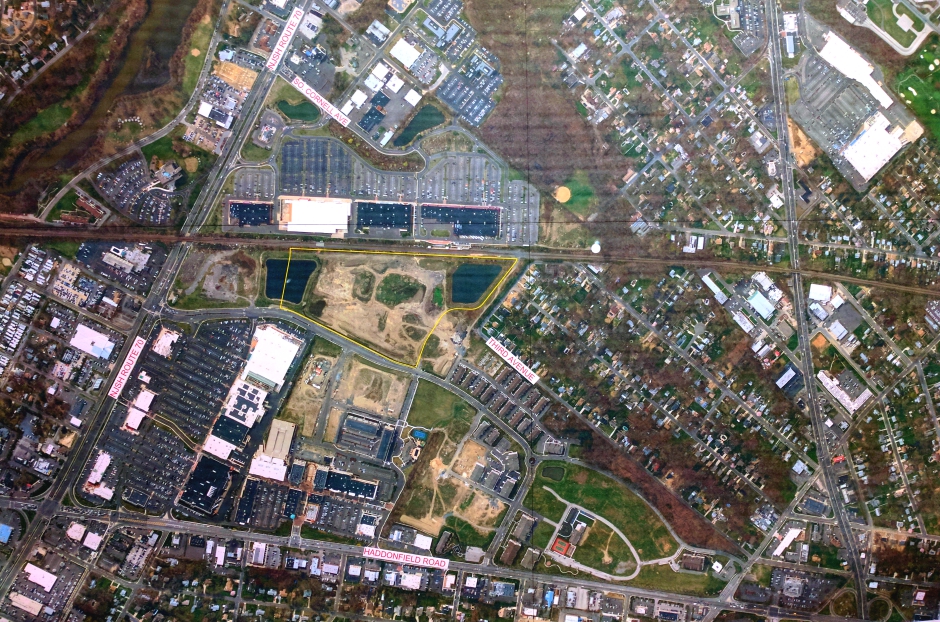 The board took two votes on the measure; the first, which approved the changes to the general development plan, was introduced by Chairman John Osorio and seconded by Betty Adler.

It passed by a 7-2 vote, with Alise Panitch and Sheila Griffith dissenting.

“My grave concern is putting the lowest[-priced] gas in the region on Park Boulevard,” amid resident complaints about traffic problems,” Panitch said.

Griffith said she was “conflicted about community harm” from the project.

The second vote, to approve the Costco site plan as presented, passed unanimously.