The neighboring businesses connected over a shared love of food and drink, but it was the pandemic slowdown that allowed their relationship to bloom. 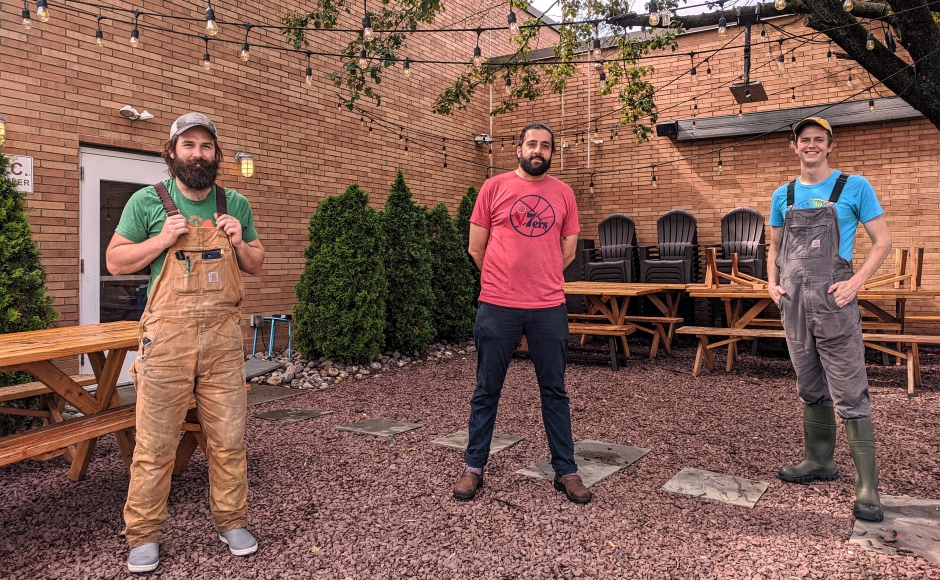 It started when chef Elias Bitar of Norma’s Eastern Mediterranean Cuisine ran a delivery down Route 70 to Forgotten Boardwalk Brewing and stopped for a chat with brewer Evan Wasylyk.

The two hit it off while commiserating about the state of business during the novel coronavirus (COVID-19) pandemic.

A few days later, over another take-out order, they started discussing the possibility of partnering up.

“I said, ‘I see you guys do these limited-release, small-batch things, would you ever want to do a collaboration?’” Bitar said.

Forgotten Boardwalk owner Jamie Queli, for whom Norma’s is “my go-to spot,” quickly greenlit the project. Wasylyk and brewer Sean Naughton were given carte blanche to build out a series of recipes using ingredients inspired by the Middle Eastern cuisine at Norma’s, while Bitar helped guide them through the flavors.

“They were able to facilitate that at a distance,” Bitar said. “We just completed our first actual beer, and it’s amazing; from concept to execution, it’s what I as a chef wanted it to be.”

The first release is a saison flavored with za’atar, a spice blend of thyme, sumac, sesame seeds, and “some other secret ingredients that find their way in,” Bitar said.

It’s a key ingredient in many different dishes at Norma’s, and brings an herby flavor that enhances the citrus notes in the saison. Bitar provided his own house blend for the brew.

“It made perfect sense to roll it into some type of Belgian beer,” Wasylyk said.

“The heart of any beer is yeast, so having that and the za’atar be the marriage that comes together was a very simple, straightforward recipe,” he said.

The end result is like “a wonderful snack,” Wasylyk said; dry, crisp, and low in alcohol content. 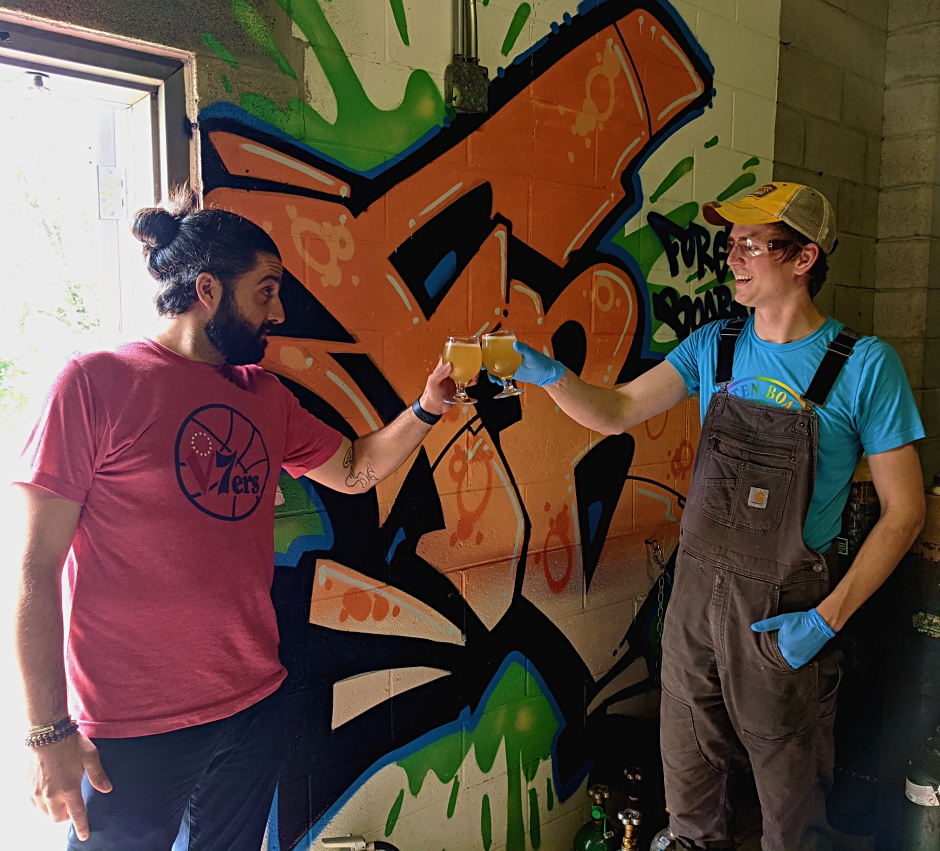 “Yesterday we were drinking some, and it’s super-hot in the brewery, and the beer just drinks really refreshing,” Naughton said.

“It’s got a nice, dry finish; exactly what I want in a saison,” he said.

Next on the list is a pistachio baklava-inspired cream ale with rosewater; as the weather cools, Forgotten Boardwalk also plans to brew a Turkish coffee cardamom porter and a chocolate halva stout, a cooler weather beer designed around halva, a popular middle eastern sweet that Bitar described as “almost like a sesame fudge.

“We’ll be bringing some of those cool oils from the sesame, and chocolate’s not a stranger to stout,” he said.

The brewers are excited to see what other flavors they can derive from the collaboration, while also cross-promoting each other’s businesses in the sprawling Cherry Hill community.

“We have a lot of people who come in here who know Norma’s,” Wasylyk said. “It’s a place we recommend. Even before doing this, we had a good relationship, but I don’t even think we really even knew it.

“We knew we all liked each other; we just didn’t connect personally,” he said.

“Maybe if things were normal, this would have never happened,” Bitar said. “We took that chance, we took some time, and it speaks to the thirst that we have to interact with one another.

“We need interaction,” he said. “It’s very, very important to our happiness and to our existence. I’m just super-excited about this.” 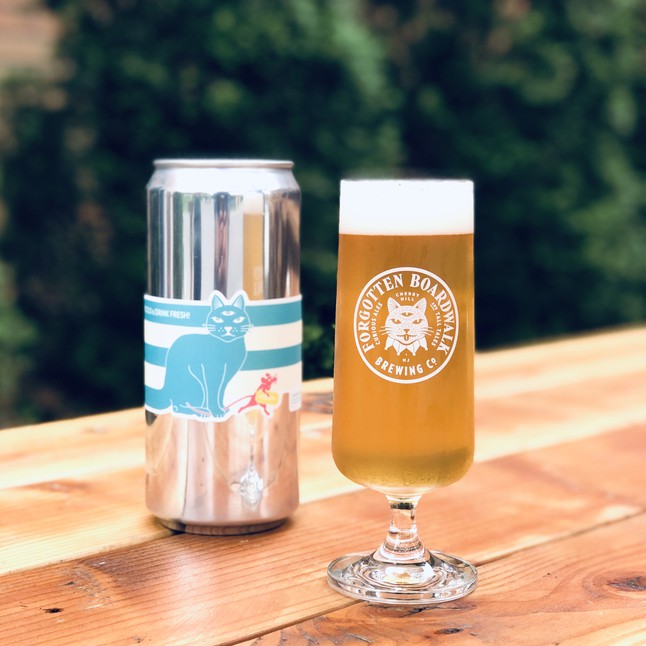 Queli said the collaboration will give her brewers and customers a chance to experience new tastes with which they may not immediately be familiar.

“The food that Elias is making over there is amazing, and it’s definitely not your run-of-the-mill cuisine,” she said.

“It’s experimental for people who don’t know the culture or the cuisine, and it’s very much the same for craft beers.

“I think the range of flavors in this line is going to be very cool,” Queli said: “light beers with a little spice, to dark beers with big, robust flavors.

“If you don’t like a specific style of beer or specific flavors, there’s still going to be something in there for you,” she said.

The Forgotten Boardwalk za’atar saison is available in take-home crowlers immediately, and Norma’s will celebrate its launch at the brewery on Saturday, June 20 with a small pop-up.

“There were so many more opportunities before this whole COVID thing went down to socialize and connect and people glossed over them,” Bitar said. “This was harder to connect, but we made it happen.”