One family has been displaced from its residence, and the fire damaged the exteriors of two nearby units.  It was brought under control quickly after a multi-town response. A Cherry Hill family was displaced from its home after a fire ripped through the residence Monday afternoon.

Cherry Hill firefighters were dispatched to the 1400 block of Farrell Avenue at 1:29 p.m. September 19 for a report of a fire in the Farrell Place Manufactured Home Community.

Cherry Hill Fire Battalion Chief Brett DeLucca said the fire originated within a single dwelling, with some extension to the exterior of neighboring units.

“We had to use additional hose lines to protect homes to the left and the rear,” DeLucca said. “Our main concern was the proximity to [nearby] 200-pound propane canisters for cooking and heating.”

Thirty-eight personnel responded to the scene from fire companies in Cherry Hill, Mount Laurel, and Pennsauken. The fire was brought under control by 1:47 p.m.

Neighbor Richard Eckard was having a swim at his home nearby when he saw smoke rising from the trailer park.

He and his wife quickly headed over to check on family. 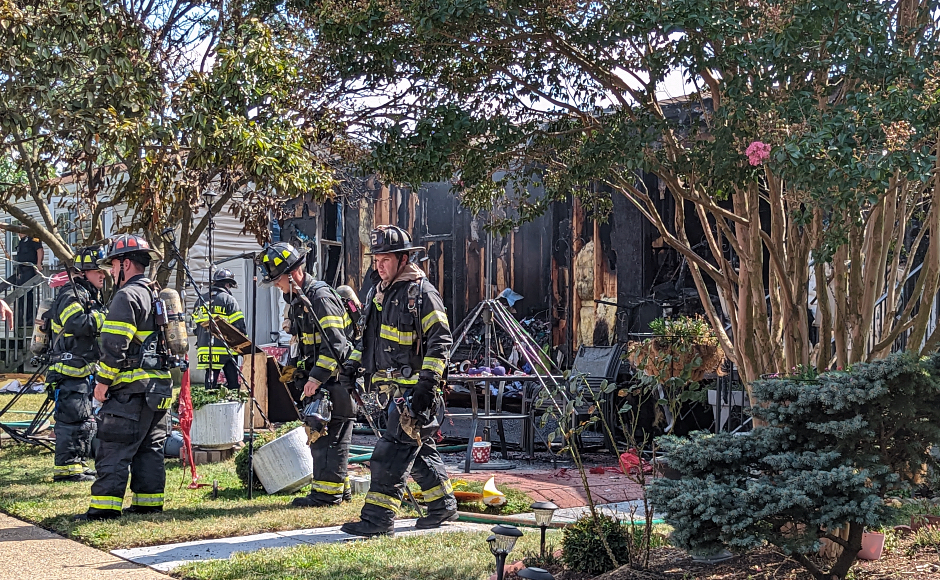 “I got out, looked up, and realized it was real close to my mother-in-law’s house,” Eckard said.

Neither firefighters nor residents suffered any reported injuries in the incident.

The cause of the fire has yet to be determined, and is under investigation by the Cherry Hill Fire Marshal.