Emerging from a 2015 builder’s remedy lawsuit settlement with the First Montgomery Group, “202 Park,” a redevelopment parcel along North Park Drive, will construct 176 rental units in a four-floor luxury apartment complex and another 16 in two, eight-unit townhouses. Rendering of the front approach to 202 Park. Credit: Matt Skoufalos.

A mix of one-, two-, and three-bedroom units ranging from 545 to 1,345 square-feet apiece, will feature island kitchens, granite countertops, and vinyl wood flooring.

Monthly rents will be “comparable or above [those at]  the [Garden State] racetrack,” said John Cranmer, Director of Development at First Montgomery Group.

When pressed to put numbers to that statement, Cranmer offered ballpark figures of $1,800 to $2,400, with expectations that the “fourth-floor end units should exceed that,” climbing into the mid-$3,000’s.

On paper, 202 Park is an amenity-rich luxury building with views of the Cooper River and surrounding park. It boasts a 4,800-square-foot pool area with a 1,200-square-foot, four-seasons pool that serves as a water feature in the winter; outdoor green space for bocce, horseshoes, fire pits, and cooking. 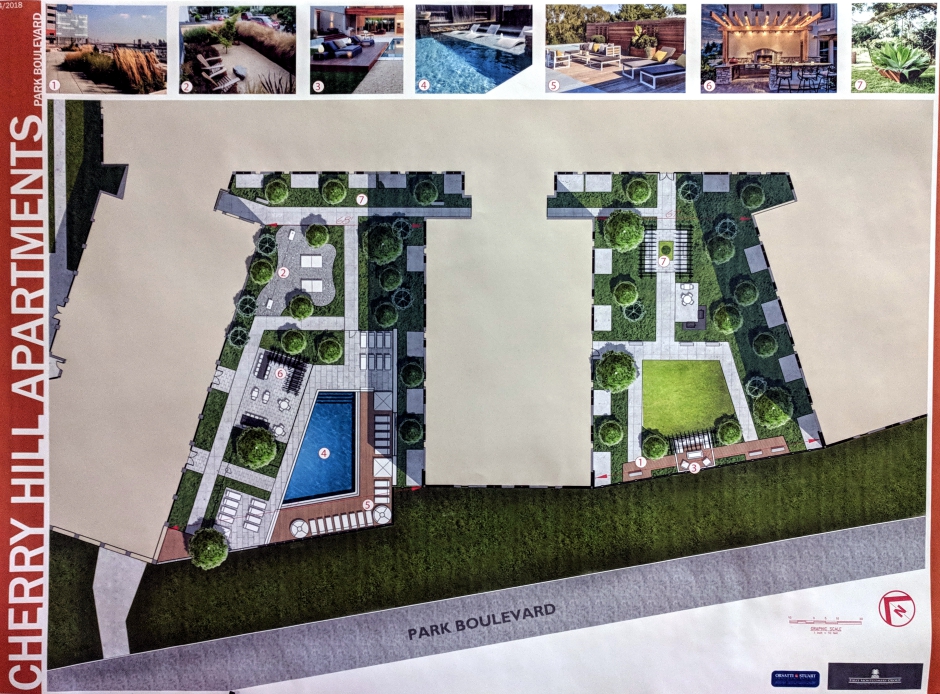 Details of the outdoor amenities at 202 Park. Credit: Matt Skoufalos.

First-floor units offer private patios, and those on higher floors have balconies; a fourth-floor rooftop deck will overlook the park.

The floor plan calls for interior and exterior bike parking facilities, a bar/club room, a billiards room, a dog wash, and a 1,300 square-foot yoga room.

Architect Thomas Brennan spoke about the interior courtyards and its views down the river as being “a dominant focal point” of the design.

“The form of the building created a diversification of units that were involved,” Brennan said. Its nine-foot ceilings frame “an abundance of glass,” which at minimum encompasses 20 percent of each façade.

“There’s a lot of movement on the façade; a lot of interest on the façade,” Brennan said. “It’s a combination of loft style and a contemporary, urban, transitional detailing.” 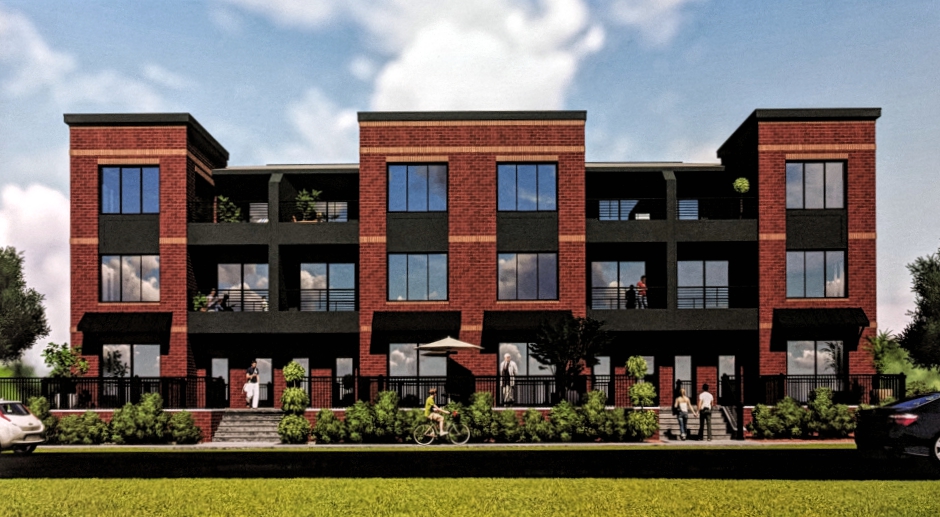 Each of the two detached townhouse buildings house eight two- and three-bedroom rental units with dedicated garages, and river-facing balconies.

Cranmer said construction could take about six months, and would begin this year if possible; funding for the project has not yet been secured, but he said that many potential investors are “bullish” on it.

“We tend to manage what we build,” and would not likely flip the property management responsibilities to a third party, Cranmer told the board.