A Collingswood man and a Camden man were killed in separate incidents attempting to cross Route 38 at Longwood Avenue against the traffic signal, Cherry Hill police said. 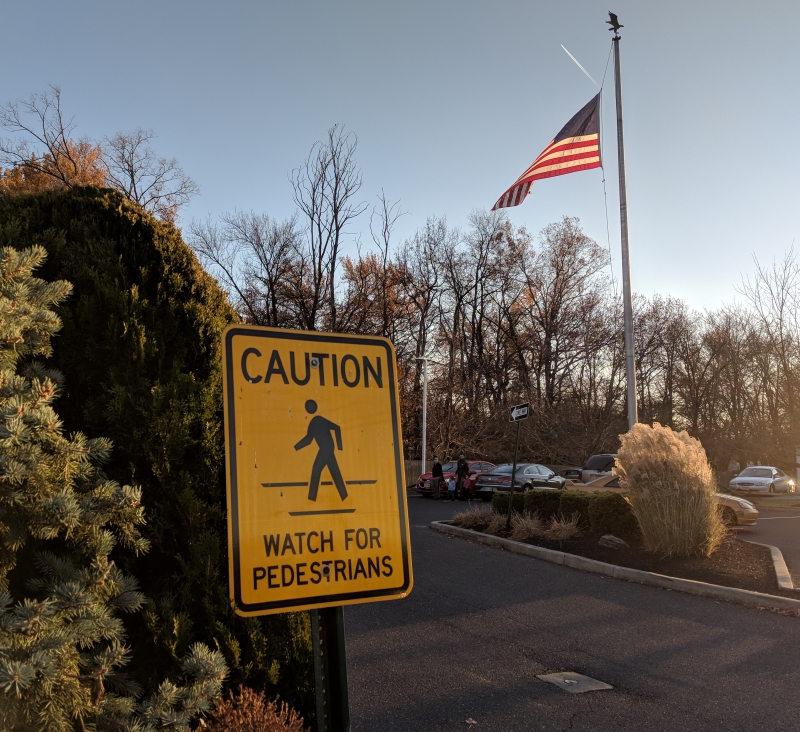 A sign in the McDonald’s parking lot advises drivers to watch for pedestrians. Credit: Matt Skoufalos.

On November 30, 59-year-old Clarence Singletary of Collingswood was killed while crossing Route 38 in Cherry Hill.

He then allegedly ran across the highway and into oncoming traffic, where police said he was struck, thrown back into the westbound lane, and hit by two additional drivers.

Singletary was the second person killed at that intersection in four months: in August, 44-year-old Jose Martinez of Camden was fatally struck in the eastbound lane of Route 38.

In both instances, said Cherry Hill Police Chief Bud Monaghan, the pedestrians had attempted to cross the six-lane highway against a red signal. He said that driver behavior wasn’t a contributing factor to either fatality; rather, the victims may have simply misjudged the speed of traffic or ignored a red light.

No charges have been filed in either incident, and police said drivers have been cooperative with their investigations.

“It’s not the intersection that’s the problem,” Monaghan said. “It’s well lit; the signals are operating properly. If you run across any divided highway, there’s no way a driver that has the signal is going to see you if you’re running against the light.”

Monaghan said that despite working to educate pedestrians and drivers alike about highway safety, people still take chances on the roadway. 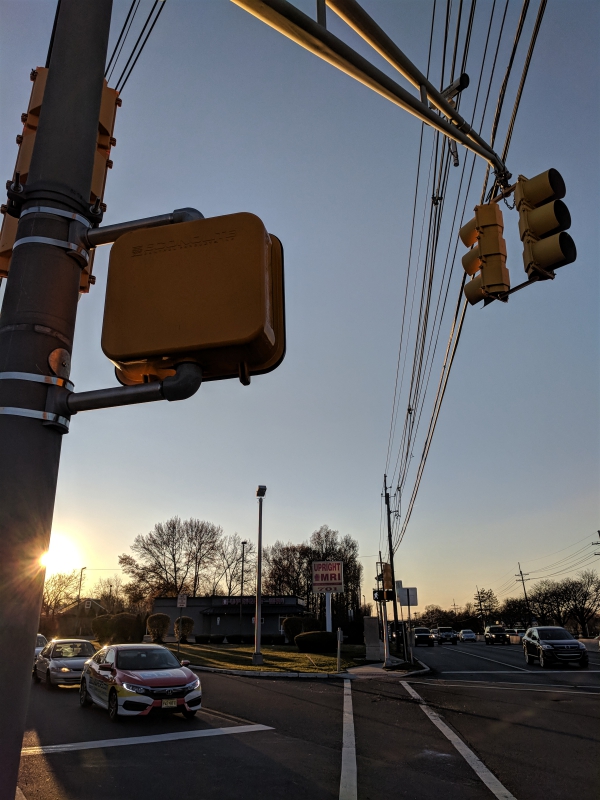 A view of the bus stop at Route 38 and Longwood Avenue in Cherry Hill. Credit: Matt Skoufalos.

“I think it’s them just trying to get to the other side of the street a minute or two faster,” Monaghan said.

“[Just as]  we try to curb driver behavior for people that might speed or run red lights; we have negative pedestrian behavior that contributes to traffic crashes.”

The Longwood Avenue intersection is a highly trafficked, high-speed road, with fast food restaurants on either side: Wawa, Burger King, Starbucks, McDonald’s.

Added pedestrian and vehicle volume is expected in the coming years with an anticipated 300-apartment project and Lidl grocery store planned nearby.

Monaghan said police will step up enforcement in the area, assigning officers to patrol the bus stops, but he also asked for “compliance from pedestrians.

The department receives grant funding for pedestrian details, and its traffic unit has been trained in traffic engineering by the Rutgers University Center for Advanced Infrastructure Training “to allow for the analyzing and development of traffic calming remedies.”

One such remedy could involve adding pedestrian islands in the middle of the crosswalks on either side of Longwood Avenue.

The Association of City Transportation Officials (NACTO) recommends pedestrian islands “at locations where speeds and volumes make crossings prohibitive, or where three or more lanes of traffic make pedestrians feel exposed or unsafe in the intersection.” Outfitting such islands with bollards, curbs, or planters could provide refuge in the middle of the roadway crossing for pedestrians.

In an interview with NJ.com, Burger King employee Ashley Hardison told reporters that the highway is dangerous to cross even with the benefit of the signal.

“You do have some people that, once the light turns yellow, they speed up and go,” Hardison said. “You be crossing and you just see a car go fly past you. That’s the dangerous part.”

Monaghan believes the most lasting fix will come from people paying better attention to traffic signals and their surroundings.

“It’s a retail district,” the chief said. “We have vehicular as well as pedestrian activity.”

“You can put multiple safety measures in place, but human nature sometimes gets in the way,” he said. “If someone doesn’t follow crossing in a crosswalk or the light designation, it’s really out of the control of everyone else involved.”

Anyone who witnessed the November 30 crash is asked to contact Officer James Watts of the Cherry Hill Police Traffic Safety Unit at 856-432-8860 or tips@cherryhillpolice.com.