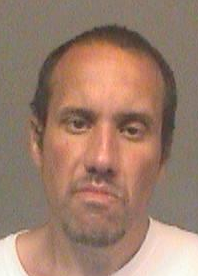 A Cherry Hill man has been charged with first-degree robbery for allegedly passing a demand note at a bank in the township, and then fleeing with cash stolen from another bank patron.

According to Cherry Hill police, at 9:24 a.m. on May 23, a man approached the counter at the Citizens Bank in the 2000 block of Route 70 West, and allegedly passed the teller a note that he was armed and wanted $30,000 in cash.

Police allege that the man then became impatient with the teller, and grabbed a large sum of cash from a nearby patron waiting to make a transaction.

He then allegedly fled the scene on foot, and was seen in the area of the Market Place at Garden State Park.

Cherry Hill Police responded to the scene, and within a short time, found a man who matched the description of the suspect in the area of Route 38 and Cuthbert Boulevard.

That was Jose Cruz, 42, of Cherry Hill, whom police said was arrested without incident, and was found to be in possession of the stolen cash.

Cruz was charged with first-degree robbery.

Anyone with information about the incident is asked to contact Cherry Hill Police at 856-488-7828.

Anonymous tips may be submitted to tips@cherryhillpolice.com, via Nixle, or by texting TIP CHERRYHILLPD followed by your message to 888777.