Brandon Williams, 36, was taken into custody at 9:45 a.m. Thursday. Williams faces multiple charges for armed robbery, theft, and possession of a weapon. 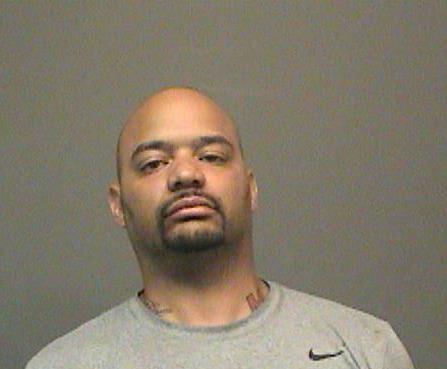 Brandon Williams, 36, of Cherry Hill, has been charged in connection with a pair of knifepoint robberies in the township. Credit: CHPD.

Cherry Hill Police have arrested a township man in connection with two knifepoint robberies of women at local banks this week.

Brandon Williams, 36, of Cooper Landing Road in Cherry Hill,was identified by police Wednesday afternoon as the suspect in both incidents.

Thursday morning, Williams was taken into custody without incident, according to a statement from the department.

He is alleged to have stolen money from two women within 40 minutes of each other Tuesday afternoon.

The first incident occurred at the Bank of America in the unit block of Route 70 West, and the second happened at the TD Bank in the 300 block of North Kings Highway.

Police thanked sharp-eyed members of the public for the information that led to Williams’ arrest.