Cherry Hill Police Chief Bud Monaghan said he hopes to cut down on fraud by creating a meeting place covered by closed-circuit cameras and adjacent to the police station. 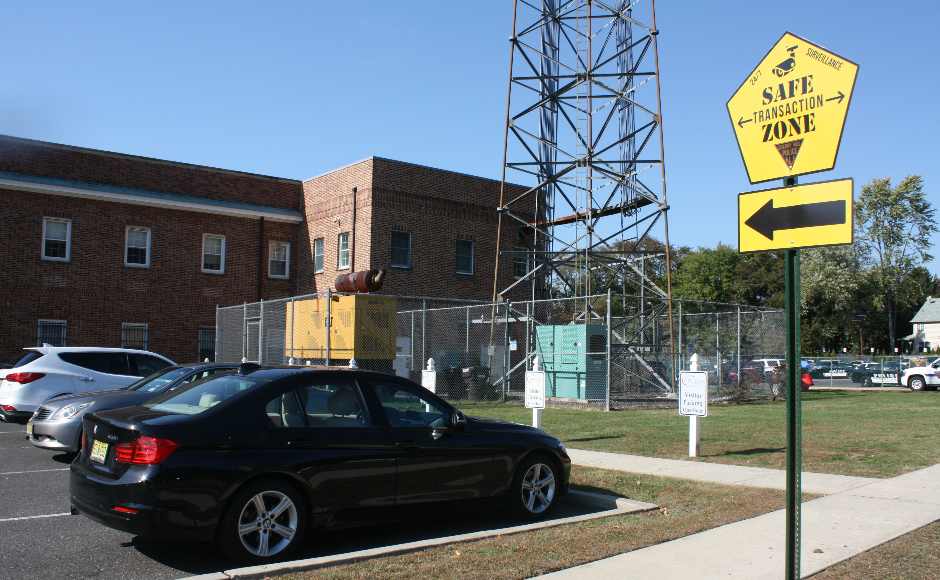 Looking for a safe, public place to complete an online trade or sale?

Thanks to a new program from the Cherry Hill Police Department (CHPD), area residents can now choose from a pair of 24-hour-monitored “Safe Transaction Zones,” at the Cherry Hill Township Municipal Building at 820 Mercer Street.

Marked with bright, yellow signs, one zone is located within the CHPD lobby; the other is the horseshoe in the rear parking lot of the building.

Both sites are accessible 24 hours a day, and are continuously monitored by surveillance cameras; however, law enforcement “will not participate in or witness transactions, nor will they guarantee the quality or authenticity of items purchased,” according to a statement from the township.

“Transactions involving weapons, drugs, drug paraphernalia, or any other illegal activity are not permitted in these zones,” the statement reads.

Cherry Hill Police Chief William Monaghan said that creating the the transaction zones will help “filter out the undesirable element” of such interactions, while adding a level of safety for buyers and sellers who arrange to meet at the police station.

“Unfortunately, greed is overwhelming,” Monaghan said. “We’ve had incidents of victims who negotiate a sale online, meet in a public place, and end up being a victim of fraud. Someone bought an iPhone and received a rock in a box.”

Monaghan said the service can give people a secure, public meeting place to transact a deal without inviting strangers into their homes or workplaces. He expects it would be especially useful in cases where a large amount of money might be changing hands, such as the sale of electronic devices or vehicles.

The program is more a passive than an active fraud prevention service, and although it has great potential to be valuable to the public, Monaghan agreed that its success would be difficult to quantify.

“The best benchmark would be no reports of victimization,” he said.

Police hope that by just being able to make the offer to meet at a safe transaction zone, buyers and sellers will have the opportunity to pick up on a possible problem before it’s presented. If either party objects to meeting there, it could be an indicator that the deal might not be on the up-and-up, Monaghan said.

“It’s something we want to provide for our residents,” Monaghan said.

And if someone still tries to scam a victim in sight of law enforcement?

“If that’s the case, at least we have the cameras pointed at them,” he said.

Residents with questions about the program are invited to contact Community Resource Officer Renee Houlihan at 856-488-7813 or rhoulihan@cherryhillpolice.com.