Police said the man used a knife to steal cash and cigarettes from a gas station attendant at the Citgo station in the 1500 block of Route 38 on February 17. 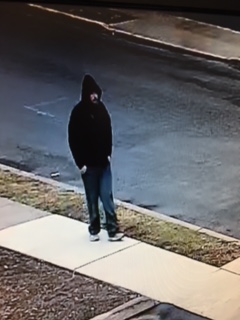 Cherry Hill Police are asking for help identifying a man they say is wanted for the armed robbery of a Citgo gas station in the 1500 block of Route 38.

Police describe the suspect as a heavyset man in his 30’s, with dark hair and facial hair.

At 7:04 p.m. on February 17, he allegedly jumped out the passenger side of a Lexus RX330 SUV parked on Harvard Avenue near the rear of the station.

The man then allegedly brandished a knife, and stole cash and cigarettes from a station attendant, running off with the vehicle driving after him down Harvard Avenue.

Police have no description of the driver.

Anyone with information about the incident is asked to contact police at 856-488-7833, e-mail tips@cherryhillpolice.com, or submit a tip online.