Cherry Hill Police Chief Bud Monaghan says the technology will be useful in a variety of deployments, from search and rescue to accident documentation. 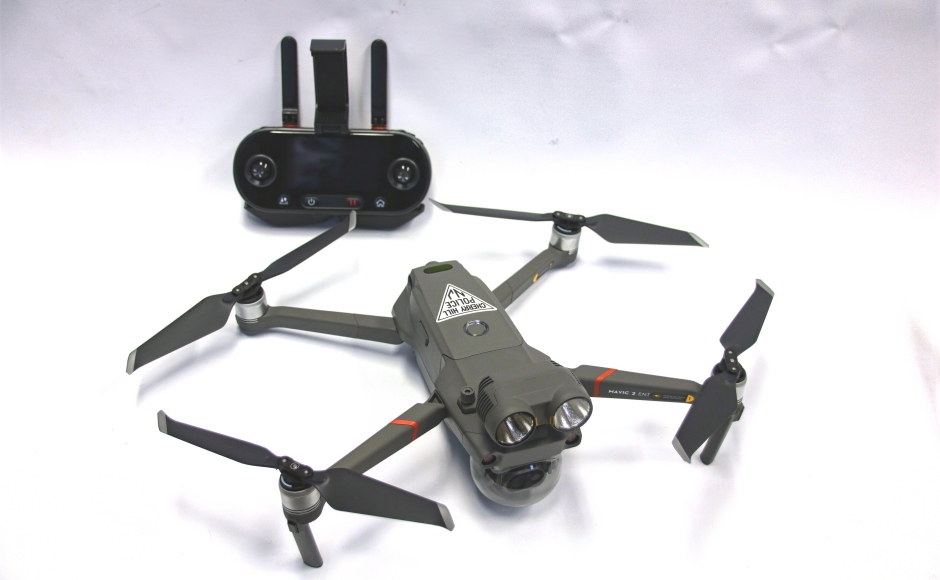 About four months ago, a police helicopter searching for a missing person in Cherry Hill put residents of the Point of Woods neighborhood on high alert for much of an evening.

If that same search were conducted today, Cherry Hill Police would be able to execute it without much of the community ever knowing it had happened.

That’s because the department recently purchased two drones and two days’ worth of intensive training for 20 of its officers.

Cherry Hill Police Chief Bud Monaghan said the equipment has “a broad spectrum of different uses,” from search and rescue to tactical deployment.

“We think of it as a Swiss army knife,” Monaghan said. “We envision the drones being used for a lot of different applications throughout the township.”

The project was funded by roughly $18,000 in confiscated funds. About $10,000 paid for operations training from DARTdrones of Jessup, Pennsylvania, and another $8,000 covered the cost of the two units themselves.

Twelve of the 20 trained officers have already earned their FAA Remote Pilot Certification and are licensed to fly, Monaghan said.

One drone, an Autel EVO model, will be used for recurring training; for field work, the department will lean more heavily on a DJI Mavic Enterprise drone, which can be equipped with an infrared thermal imaging system.

The chief also noted that the department is aware of general privacy concerns around the use of drones, and said officers must log every flight and store any digital media captured according to evidence protocols. Although they’re capable of reaching 1,400 feet, the drones also are limited to a 400-foot flight ceiling, he said.

“Where there’s an expectation of privacy, we’re not going to deploy the drone,” Monaghan said. “They’re deployed with approval for specific situations.”

The chief said drones may also be flown by police for a handful of pre-authorized activities, including:

Monaghan said the drone technology represents “a step up” for the department in terms of its service capabilities. For search-and-rescue operations, a drone can cover more ground faster than officers can perform a grid search on foot, he said. It offers a broader perspective for crowd security at large-scale public events. A drone can also collect evidence over a broad geographic area, which is useful in responding to highway accidents and natural disasters, Monaghan said.

It can provide reconnaissance in the service of warrants.

The DJI Mavic units also feature obstruction-sensing technology and propeller cages to enhance their durability and maneuverability in close quarters.

Moreover, the chief said, drones can be used in circumstances where a helicopter typically would be deployed, but less expensively, and with less impact to a neighborhood.

“When you think of the disruption a helicopter causes on a community, this is so much calmer,” Monaghan said.

“We feel that this investment, as well as the broad use of this equipment, is valuable.”