The traffic hazard was first observed Sunday afternoon and could take two days to fix, an NJ DOT spokesman said. 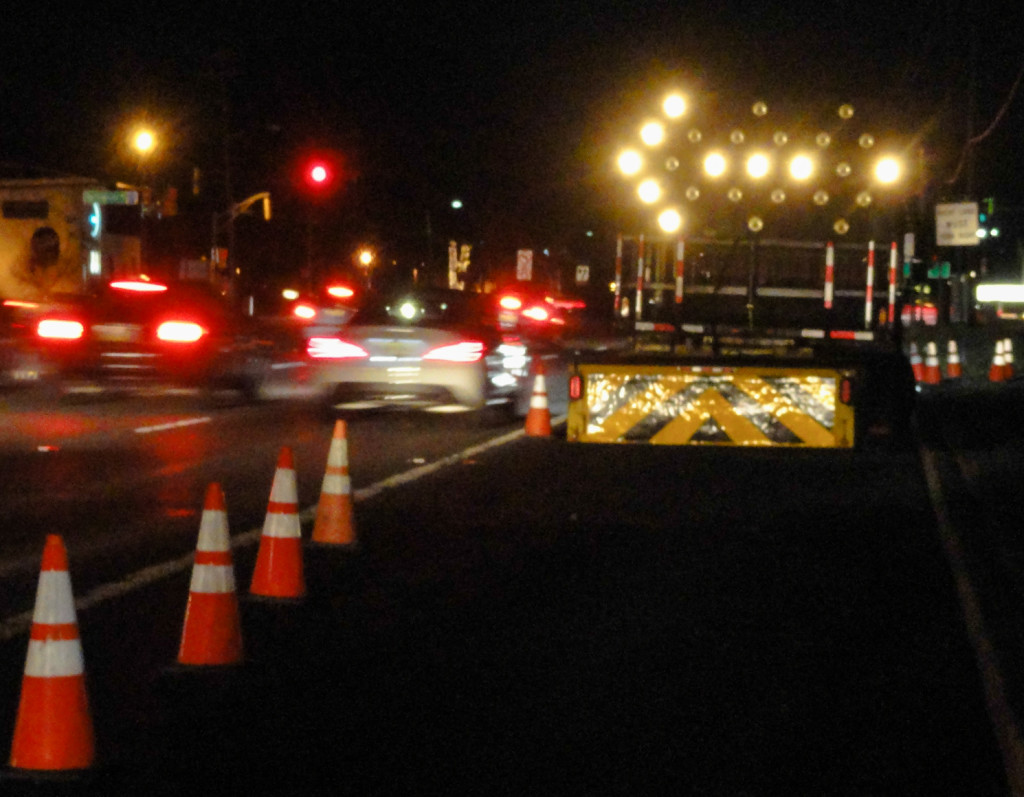 The right-turn-only lane will remain closed Tuesday night, but drivers will still be able to turn right onto Springdale Road from Route 70.

Repairs to a sinkhole on the eastbound side of Route 70 in Cherry Hill could last until Tuesday or Wednesday, said a spokesperson for the New Jersey Department of Transportation (NJDOT).

“The department is performing emergency repairs, which may take up to two days to complete,” NJDOT Public Information Officer Kevin Israel told NJ Pen in an e-mail.

“Motorists in the area can expect some congestion and delays,” Israel wrote.

“While sinkholes like this are not common, they do occur, and NJDOT works to keep traffic moving safely while repairs are performed promptly.”

Cherry Hill Police first received reports of the sinkhole around 3 p.m. Sunday afternoon, and shut down the two right-hand lanes on the busy highway between Springdale and Marlkress Roads in response.

By Monday evening, only the right lane and shoulder of the roadway remained closed.

The hole, “measuring approximately eight feet wide, ten feet long, and eight feet deep, resulted from the collapse of a drainage pipe that ran beneath the roadway,” Israel wrote.