Trending
You are at:Home»Government»Collingswood Awarded $190K Grant for Transit Improvements to Haddon Avenue

The borough is the only municipality in Camden County to be awarded funds under the competitive state Safe Routes to Transit grant program. The work is expected to be completed this year. 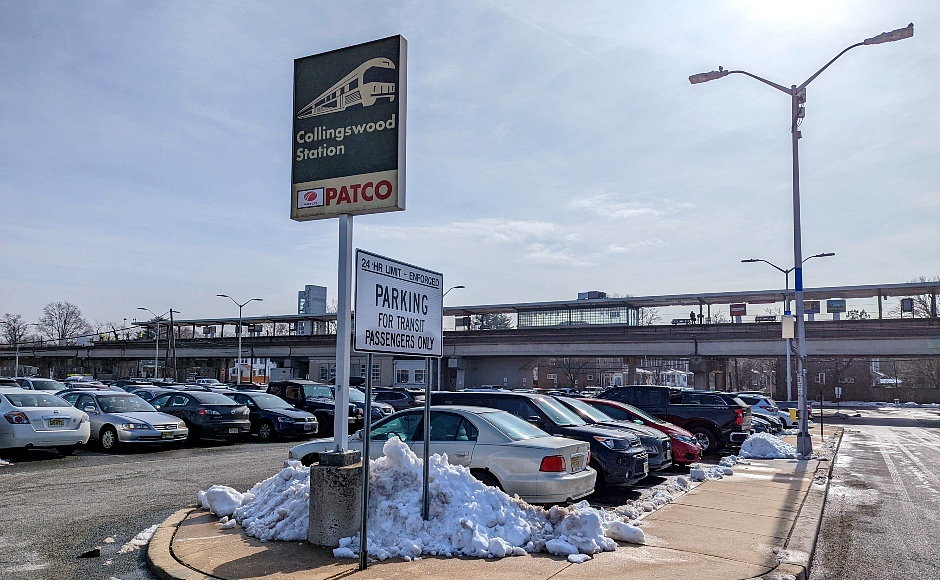 Pedestrians and cyclists in downtown Collingswood will soon see some roadway improvements that could smooth their travels, thanks to a $190,000 Safe Routes to Transit grant awarded to the borough earlier this week.

Collingswood was the lone Camden County community to win a competitive grant award from among 14 New Jersey municipalities who will receive $3.8 million in funds allocated by the state Transit Village initiative in 2022.

There are 33 municipalities in the program, and grant-eligible projects must be located within a half-mile of a transit facility. The work in Collingswood will be focused on the Haddon Avenue corridor near to the Collingswood PATCO Speedline station.

The projects “aim to create an environment of slower vehicle speeds [and] consistent and more visible cross walks within a half-mile of the PATCO train station and several NJ Transit bus stops,” according to the application filed by the borough.

The application said these improvements will be undertaken to address concerns regarding the “increased traffic, aging and low-visibility crosswalks, traffic signal timing issues, and a lack of dedicated or high-quality infrastructure” for pedestrian and bicycle travel along Haddon Avenue.

They will include such features as thermoplast and brick crosswalks, Rectangular Rapid-Flashing Beacons (RRFB’s), a parklet with a transit kiosk, a pedestrian refuge island, decorative bike corrals, planters, improved signage, lights, and signal timing. 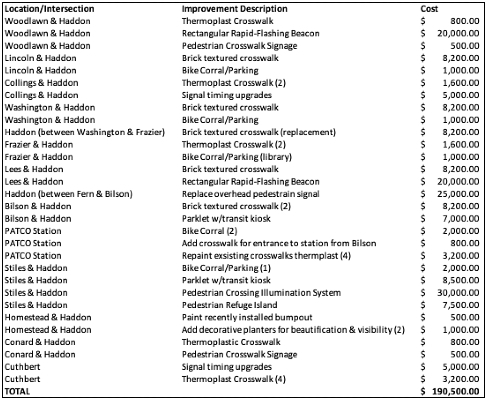 Several Haddon Avenue intersections will get specific upgrades: those at Bilson, Collings, Conard, Frazier, Lees, Lincoln, Stiles, Washington, and Woodlawn Avenues, and at Cuthbert Boulevard. Other improvements will be made at the Collingswood PATCO Speedline station.

Collingswood Borough Administrator Cass Duffey said the grant will cover “a lot of those wishlist items that sometimes get bumped for necessity items in budgeting for roadway improvements,” and which are a direct result of the goals established in the borough Connect 2020 Bike and Pedestrian Master Plan.

“When we did the Connect 2020 plan, we really looked closely at the things that, if we had a magic wand, what could we do?” Duffey said. “You use those plans to chase funding, and this is a direct success story.”

Being a transit village is “clearly part of Collingswood’s identity,” she said, noting that access to the Speedline and NJ Transit bus routes “adds real value to the town, for the residents, for the businesses.”

Consultant Sandi Kelly of SLK Partners, who coordinated the Connect 2020 study and community outreach, said the “laundry list” of improvements in the grant were identified by the study. They include placemaking and traffic-calming items that will help relieve obstacles to pedestrian and bicycle travel along Haddon Avenue, as well as highlighting access to a variety of local travel options. 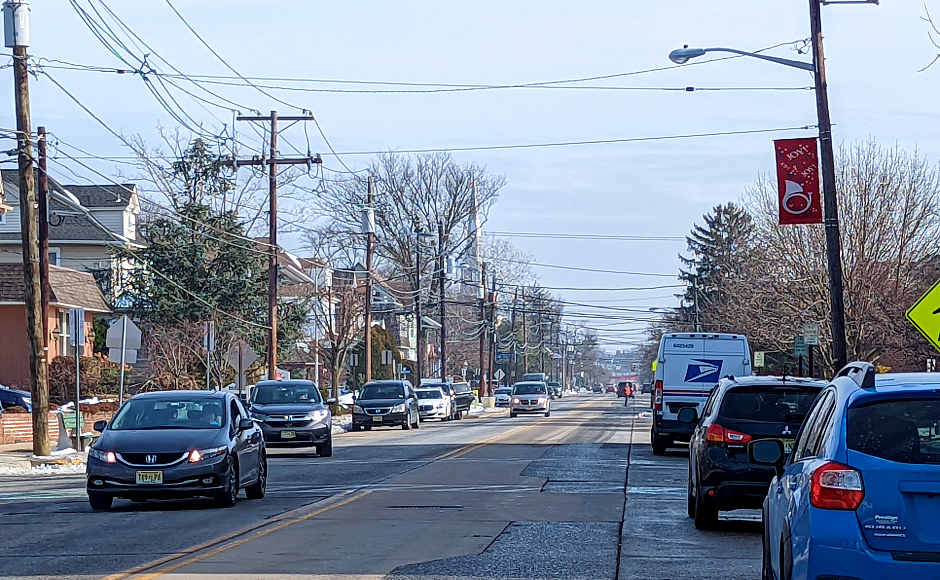 “[Funders]  want to see that you have a plan that’s community-driven, with lots of input from the public, and our regional partners,” which include planning entities like the Camden County government and the Delaware Valley Regional Planning Commission, Kelly said.

“The state and our funders want to see things that are ready to go and can happen.”

Collingswood Commissioner Rob Lewandowski said that he and Kelly toured the area covered by the grant, and tried to approach its needs both from the pedestrian perspective and in the broader context of the needs of the community.

“We literally walked and dreamed, and said, ‘What can we do to improve this area?’” Lewandowski said. “We tried to deal with visibility, awareness, and identify areas where we had vehicle-pedestrian conflict.”

Lewandowski said local officials are “really, really excited” to implement the improvements that the grant funding will cover. He believes that they’ll make the borough business district more inviting for residents and visitors; moreover, he expects the work involved to “hit the streets this year.

“This is just about as large as any other transportation aid grant we’ve gotten,” Lewandowski said. “Towns like Collingswood, money’s not going to fall off a tree, and people are already paying a lot. You’re constantly working towards the next project, the next investment that you can make.”

“Connect 2020 has been the catalyst for innovation and funding,” he said.