In an effort to wake up a sleepy Haddon Avenue on a traditionally lost Saturday night, borough businesses are throwing a new street-fair showcase August 19.

The summer months are typically tough on local businesses, as foot traffic becomes flip-flop traffic, and shoppers take their disposable income out of town for a couple weeks.

To compensate, August is often a month of sidewalk sales and street fairs, like this weekend’s Collingswood Crafts and Fine Arts Festival, which shuts Haddon Avenue to through traffic Saturday and Sunday.

This year, the Collingswood business improvement district (BID) is trying to drive some efficiencies from that road closure, which store owners say typically deters evening foot traffic after the fair closes Saturday afternoon. 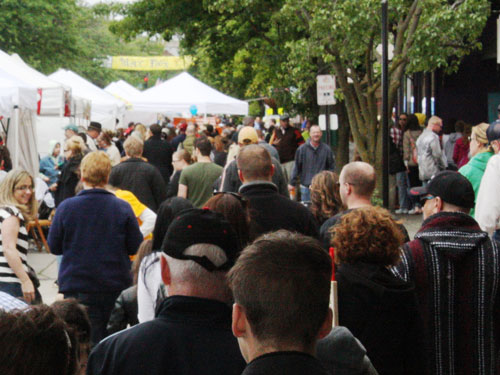 The idea of a sidewalk sale quickly ballooned into a four-hour special event that the BID has branded as its first-ever Collingswood Night Market.

Built around an impulse to drive shoppers “to sort of ping-pong down the avenue,” the event includes a pair of lawn-chair concerts (Rabbit Stampede and The Christopher Davis-Shannon Quartet), a throwback movie showing (The Sandlot), and a dance party at Haddon and Collings Avenues, Duffey said.

“We wanted stuff to keep people moving and to encourage different types of people—shoppers, families, folks who want to enjoy music, people who want to work out,” she said.

“The BID then had business owners who were thinking creatively about how to get involved. This event is all about showcasing them.” 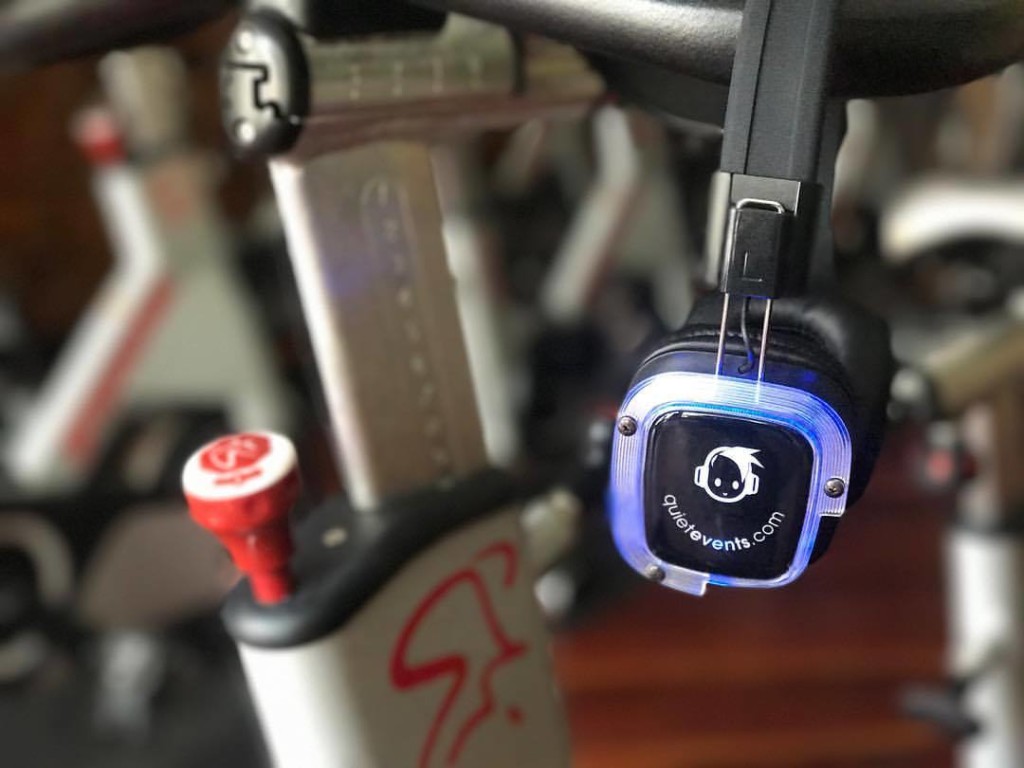 Upcycle will take riders outside for a Bluetooth-headset silent cycle, while Yogawood leads an all-ages class on Powell Lane.

On the garden patio of The Painted Cottage, Ethos Physical Theatre will deliver a special aerial circus performance sponsored by Dig This, which is hosting an Atari party in its furniture showroom next door; up the block, Galerie Marie is having a story slam.

There’s family game night at ExtraordinaryED and family movie night in the lot next to Grooveground Coffee Bar. McGarry’s Jewelers is offering free appraisals, and across the street at Frazer Avenue, early birds can meet the owners of Hearthside restaurant.

Dig This owner Reed Orem said he’s pleased with the buy-in from his fellow BID members for the Night Market, and he credited its younger members for their impulse to try something new. 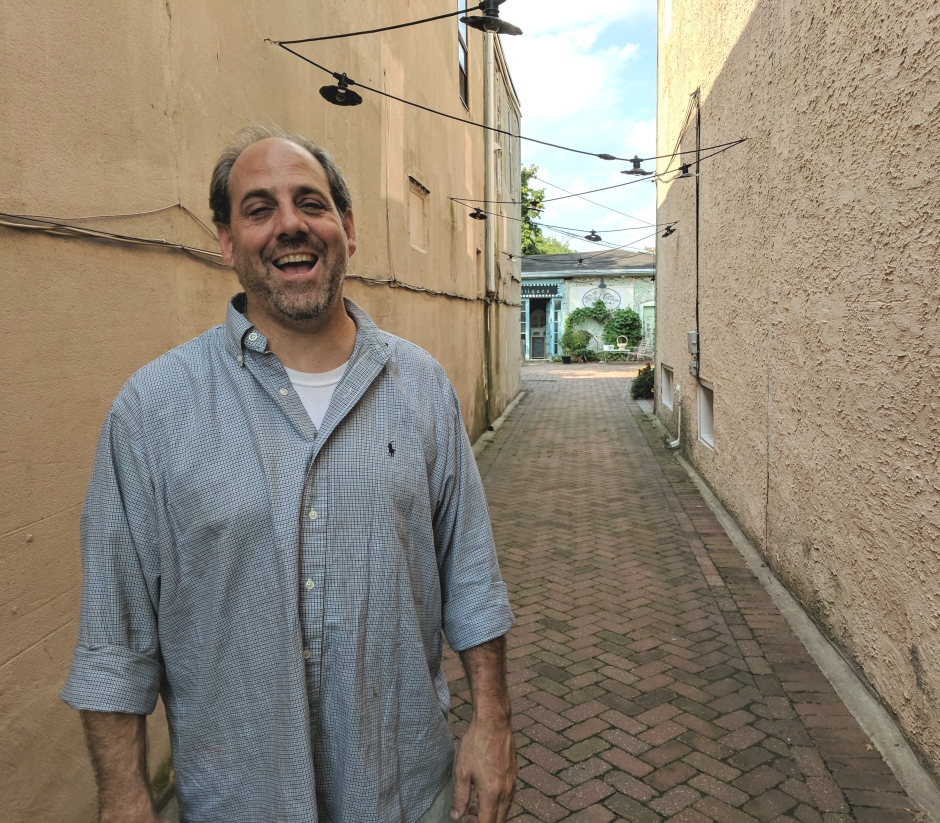 “I think the newer businesses realize that there has to be more synergy to succeed because we have a shorter window to find success,” Orem said.

One of them is Orem’s new neighbor, Sara Villari, who opened a second location of her Philadelphia gift shop, Occasionette, in Collingswood this month.

For businesses as new as hers, “there really haven’t been any gravy years, Villari said.

On Passyunk Avenue, an uptick in after-dinner foot traffic has been worth keeping the doors open until 8 p.m., and Villari said it’s been the same on Haddon Avenue. She hopes the Night Market will give shoppers “a reason to stick around and see what Collingswood has to offer” after typical office hours. 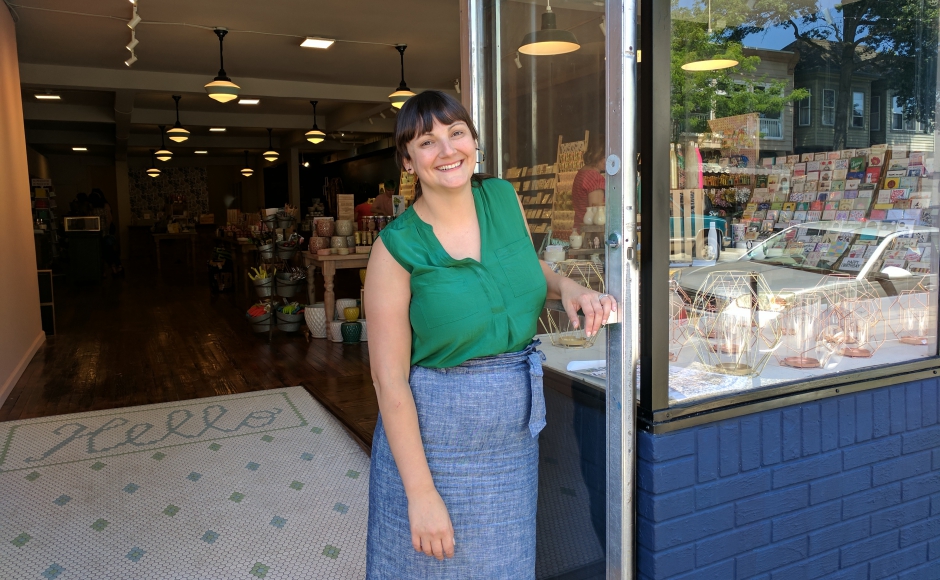 Sara Villari opened the door to Occasionette for the first time at the end of July 2017. Credit: Matt Skoufalos.

“People take their time walking up and down the street, and it’s a lot to look at,” Villari said. “[Later hours] gives them some extra time.”

If the Night Market finds an audience among shoppers, it’ll find support at the BID, where Duffey said there’s “as strong a sentiment as ever to provide programming that benefits the community and is responsive to their wants.”

“People find this amazing, but the [Collingswood] farmers market was started by people who wanted a farmers market, and put their time and energy behind it,” she said.

“It benefits all of us to stick together and communicate, and [to] pay attention to what each other are doing, and participate,” she said. 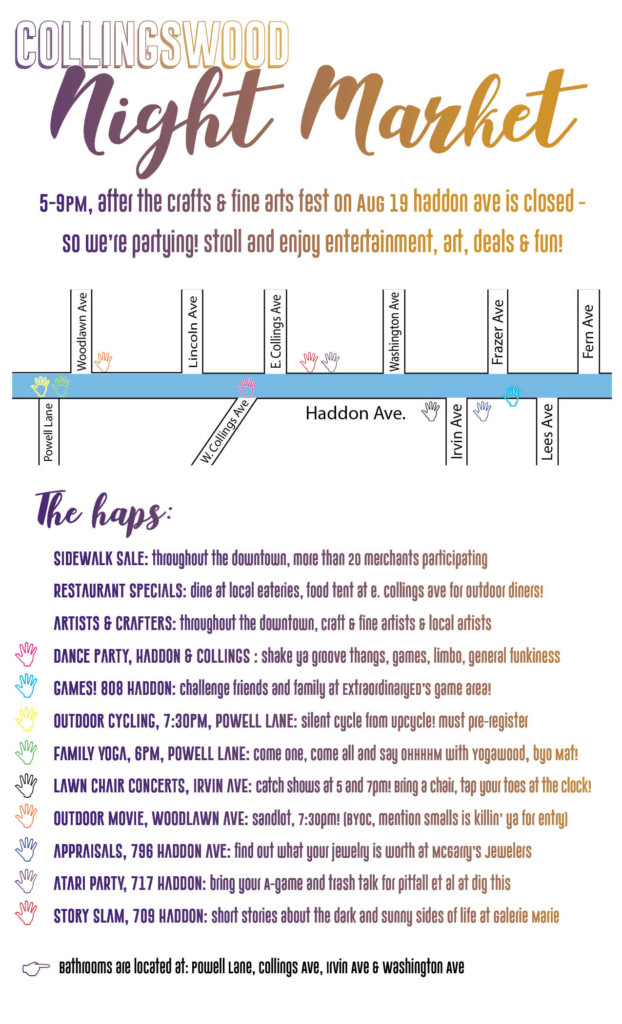