Trending
You are at:Home»Business»Collingswood Canna-biz: NYC ‘Pizza Pusha’ has Eyes for Haddon Ave 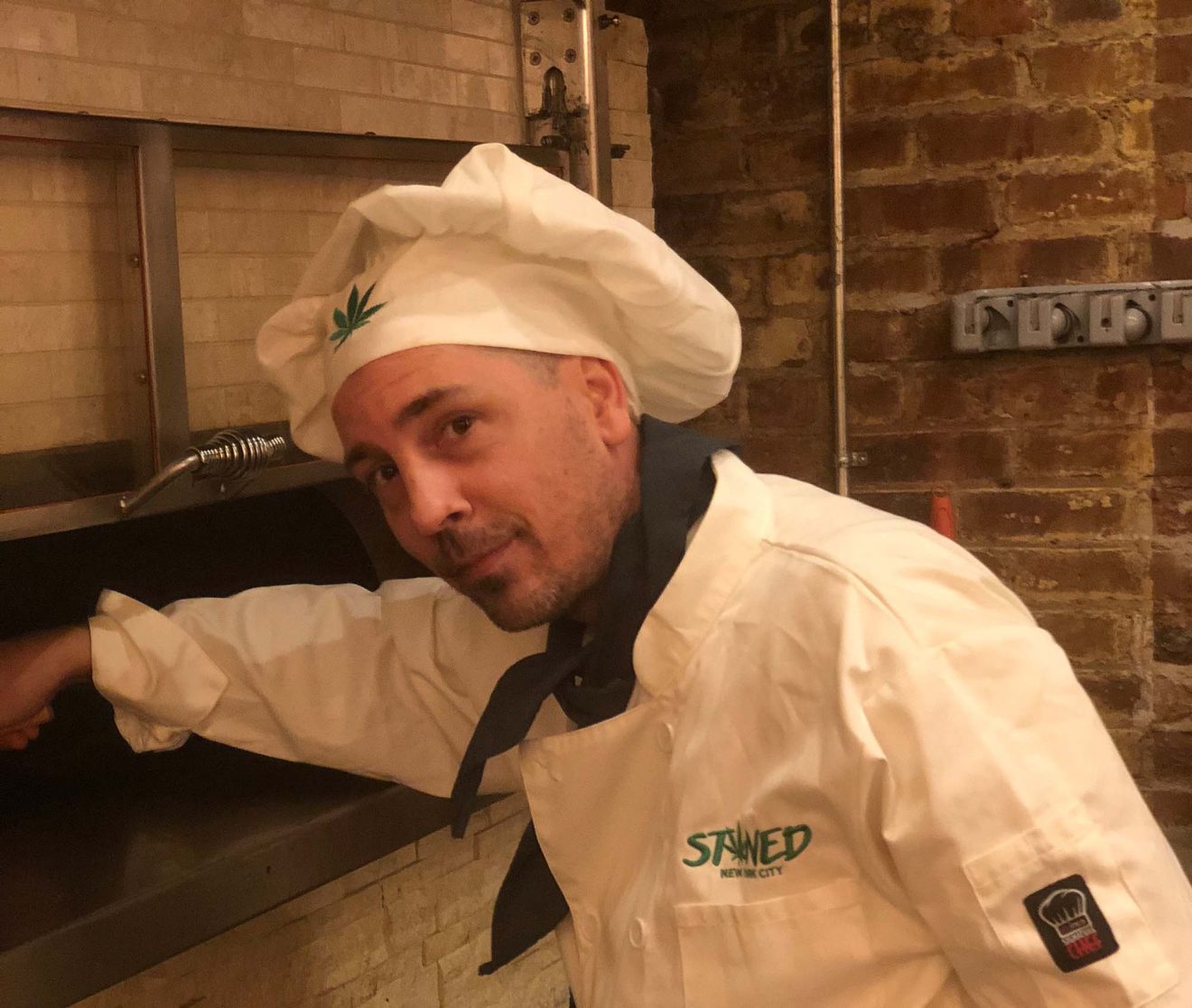 For the past six years, entrepreneur Chris Barrett has built a business for himself in the burgeoning cannabis-infused food scene.

It’s a service for which there’s even more of a customer base in New Jersey since the state first introduced regulations to launch its recreational cannabis industry last summer.

So when Barrett announced on his instagram handle last month that he’d be expanding his Brooklyn-based business into the former Centanni Pizza location on Haddon Avenue in Collingswood, market-watchers and neighbors to the property alike wondered what the plan was.

So did borough government officials.

In July 2021, Collingswood established zoning regulations that would confine cannabis-based businesses to a stretch of properties along its Route 130 border. 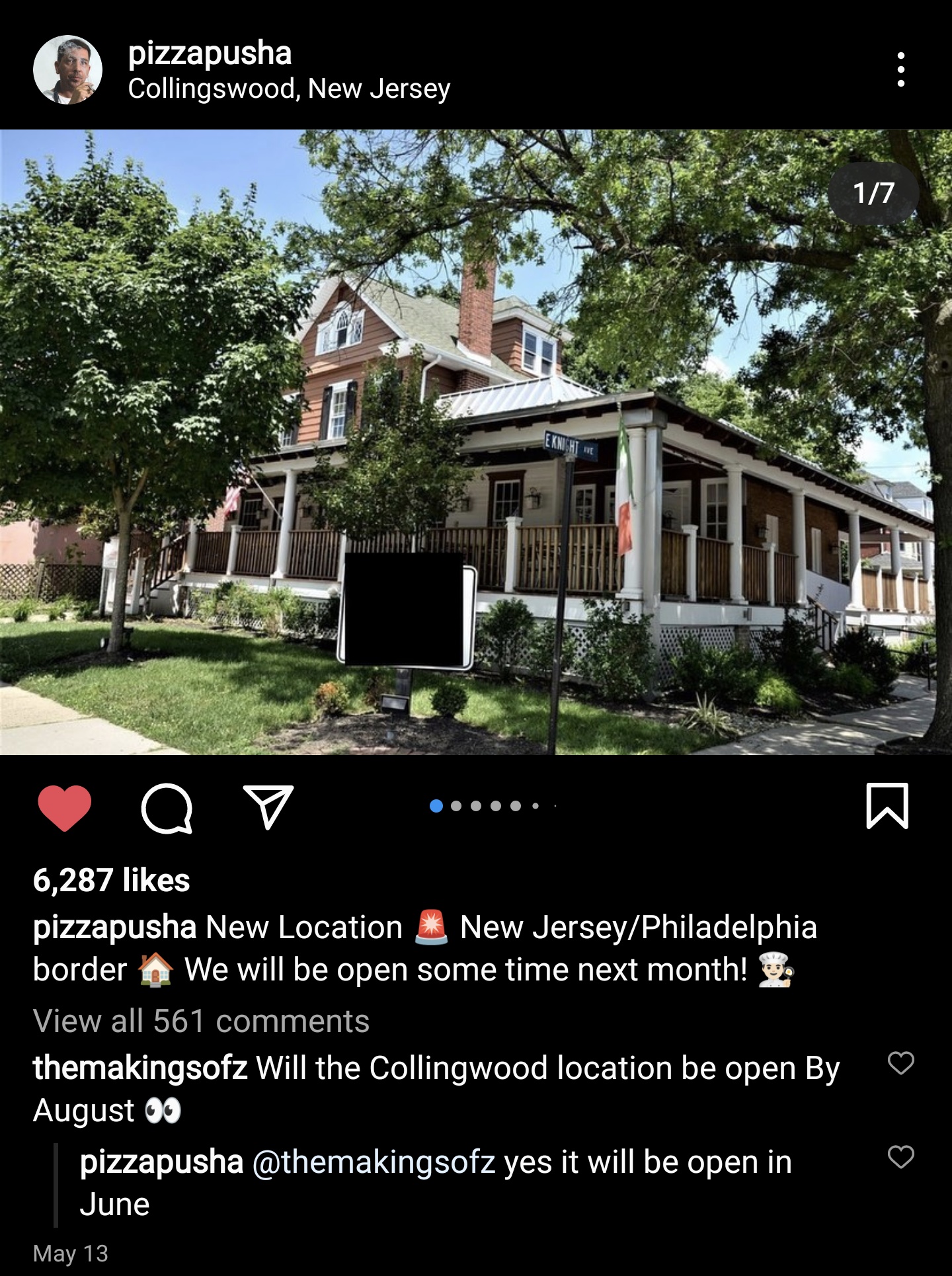 The former pizzeria at 563 Haddon Avenue is not within the area defined by those regulations, and although CBD retailer Chesco Hemp Co. faces the property across the street, there are legal distinctions governing the regulation of CBD and cannabis that allow Chesco to operate within the borough central business district.

Moreover, Maley said a cannabis-related restaurant “wouldn’t be top of my list.

“We’re looking to take some baby steps” into the industry, the mayor said.

Presently, only two cannabis businesses are working their way through the official channels in the borough: Circe Therapeutics, Inc., which is planning to open a medical dispensary in the former Egbert Express building on Route 130, and Crucial Wellness, LLC, which would be situated at the Collingswood Diner.

Crucial Wellness has already fulfilled the borough requirements for a letter of support, which was adopted by resolution at the May 2 Collingswood municipal government meeting.

The passage of that letter allows the business to proceed with its Class V license application at the state level.

In both of those applications, Collingswood Borough Administrator Cass Duffey said the local government is “on the sidelines for now.” 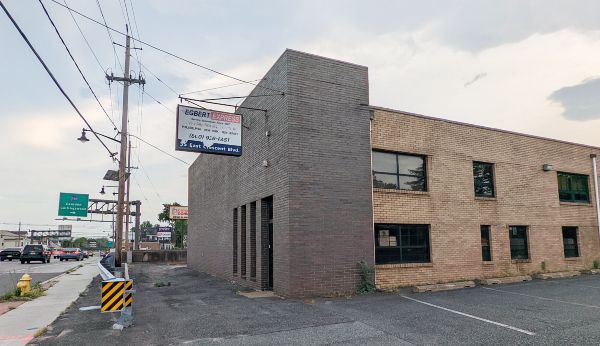 The Egbert Express building is a proposed site of a medical cannabis dispensary. Credit: Matt Skoufalos.

“We expect them to work through their process,” Duffey said.

Barrett said he was hopeful that the borough regulations could be more flexible if he were able to present the case for his business and show his track record of success over the past six years.

“I pay a lot of money in taxes,” he said. “I employ 60 people in New York. I would bring jobs here, and I’ve never had a problem.

“I’m who you want,” Barrett said. “If you’re okay with cannabis, then I’m your perfect person.”

Barrett clarified that his plans for the business were not to open as a walk-up restaurant, but as a private events space with ticketed access.

“We’re not open to the public, and we’re not a restaurant,” he said. “It’s a three-hour experience.”

As New Jersey cannabis law does not currently contemplate edible marijuana, Barrett said he had planned to seek out recreational retail and delivery licenses under which to operate until such time as the regulations emerge.

“I think it’s just too new,” he said. “I don’t think they know how food and THC is going to be a thing.” 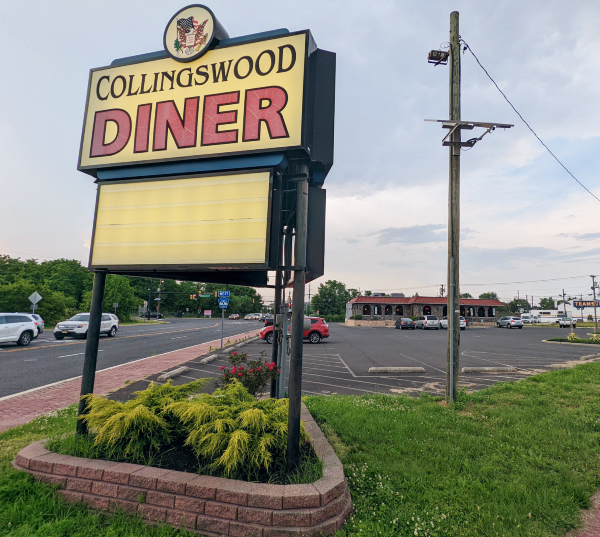 The Collingswood Diner is part of a plan proposed by Crucial Wellness to establish a cannabis site in the borough. Credit: Matt Skoufalos.

Barrett’s ultimate goal is “to be the In-and-Out Burger of cannabis pizza up and down the east coast.”

For someone who hadn’t run a restaurant or made a pizza prior to opening Stoned Gourmet, it’s a vision both lofty and attainable at once.

In the meantime, if Collingswood isn’t the right fit for his plans, Barrett said he’ll pass on the Centanni location for an alternative spot.

The building isn’t under contract, and “whether we get there or we get somewhere close,” Barrett believes there’s room for his business model in the new green economy.

So if Collingswood passes on his proposal, as it did in 2015, when craft breweries were new to the scene, another community may not.