Environment New Jersey hosted a test-drive event in the Scottish Rite parking lot as part of a statewide tour designed to drive support for legislation that would expand infrastructure for electric vehicles. 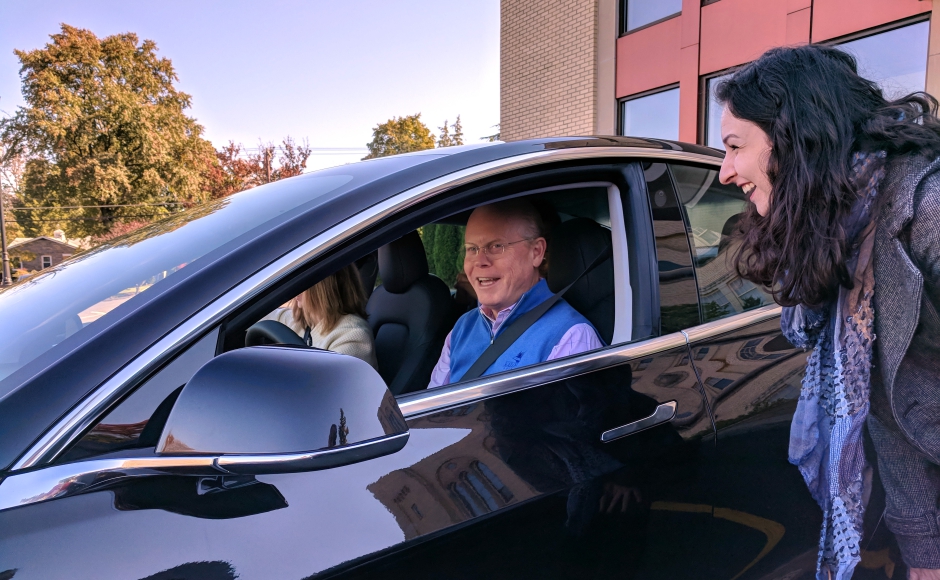 For a borough that emphasizes transit-oriented development, runs its own bikeshare program, and houses a Zipcar parking spot in its commercial district, Collingswood is known for supporting a variety of commuting options.

On Thursday, the town welcomed representatives from Environment New Jersey, a nonprofit environmental advocacy group, for a test drive of several brands of zero-emissions vehicles (ZEV’s).

Environment New Jersey led seven such test drives throughout the state, from Paterson to Atlantic City, in October. Its director, Doug O’Malley, said the programs are meant to inspire local governments “to realize there is demand for electric vehicles.”

With transportation pollution the single largest source of global warming in New Jersey, ZEV’s can play an important role in environmental health. To drive greater adoption of the cars, more charging stations are needed at places of business and for tenants of multifamily housing.

State lawmakers are working on growth opportunities to “juice the market” for charging stations, but individual communities have important roles to play in the process, O’Malley said. 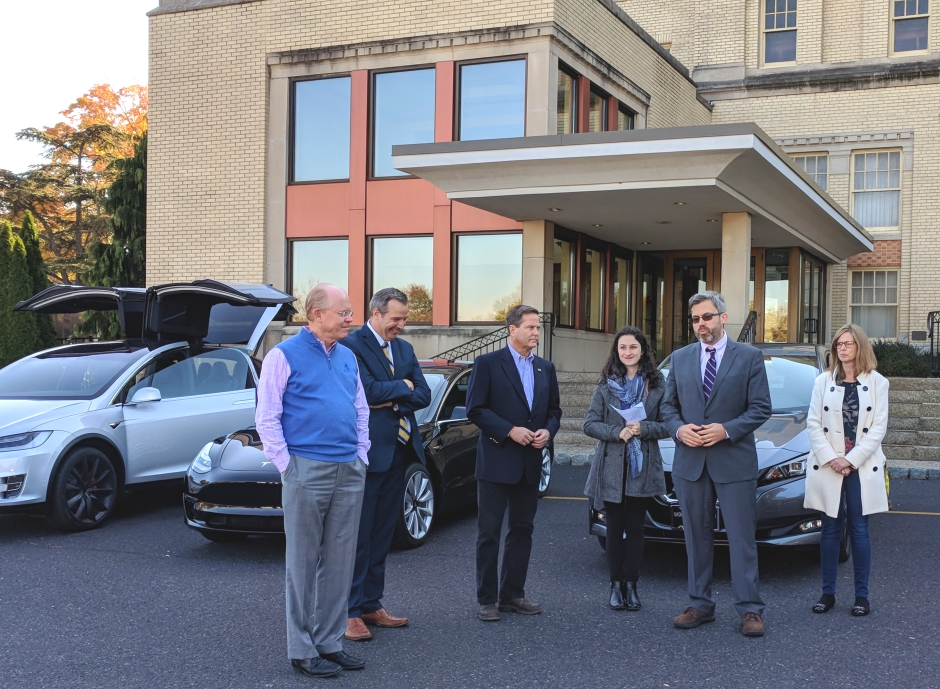 Collingswood Commissioner Rob Lewandowski said the event was an opportunity “to show people that electric cars are no longer futuristic.”

Expanded adoption of ZEVs was “always a laudable effort; now it’s an accessible one,” Lewandowski said.

“Infrastructure is better, batteries last longer, costs are coming down,” he said.

Collingswood Mayor Jim Maley described electric vehicle infrastructure as “projects and goals we were working for thinking they would benefit our children’s children.”

However, with borough residents clamoring for additional charging stations—even improvising some on public property—“we clearly have a need,” the mayor said.

The borough could put stations in its public garage, at the Scottish Rite parking lot, throughout its commercial district, and possibly in the lot at its future police and fire building. Maley said a combination of state agency and private incentives could spur their construction.

“Demand is what will get [manufacturers]  to build and market them,” he said. “Collingswood might be a place to start.”

The electric-vehicle market presents “a chicken and egg problem,” O’Malley said: mass adoption of ZEVs can’t happen without greater infrastructure to support them, and that infrastructure won’t be rolled out without significant consumer demand.

Zero emission badging on the rear of a Nissan Leaf. Credit: Matt Skoufalos.

“Companies are not sure where we’re going,” Norcross said.

O’Malley also pointed to the relative infancy of the electric vehicle market, which is less than a decade old. Any secondary market for electric cars is unknown, and with new vehicles entering the market at around $30,000 some buyers are priced out.

Current perks for a new ZEV purchase include no sales tax and a $7,500 federal tax incentive.