Clare Sheehan and Dr. Ed Sheehan of the Sheehan Veterinary Centre in Fairview hope their gifts to the Collingswood and Oaklyn police will help reunite pets and owners.

Joseph Miller was the kind of guy who would take two lunches to his job at the Navy yard: one for himself, and another for the stray animals who populated its edges. His daughter, Clare Sheehan, recalls “many a time” she and her mother, Ruth, would visit him at work and see a furry head poking out of his pocket.

“I come from a long line of animal lovers,” Sheehan said. “They always cared about strays.”

Sheehan has assumed the mantle, working beside her husband, veterinarian Edward Sheehan, at their Fairview clinic since 1988. In that time, they’ve treated countless strays and helped support animal welfare causes throughout the area. Like her father, Clare Sheehan said she’s not afraid to help scoop up a loose dog or cat if she sees one on the street, but tracking down the animals’ owners can be a much longer process.

When a pet gets loose, it can shake free of its collar, which is why many animal owners will pay a nominal fee to implant their pets with microchips containing their addresses and phone numbers. Microchips cost around $20 to $30 to implant, plus a $12 registration fee to the companies that maintain databases of that information, Clare Sheehan said. Veterinary offices and animal shelters can scan lost animals for the presence of a chip when they pick them up.

However, many local police departments, which frequently find themselves dealing with wayward pets, do not have access to such a scanner. Clare Sheehan reasoned that putting one in their hands would help save a lot of worried families a lot of time and trips to shelters, to say nothing of relieving stress on both pet and owner in between.

“A lot of times, these animals are only a block or a few blocks away from home,” Clare Sheehan said. “It can be resolved in a matter of a half-hour.” 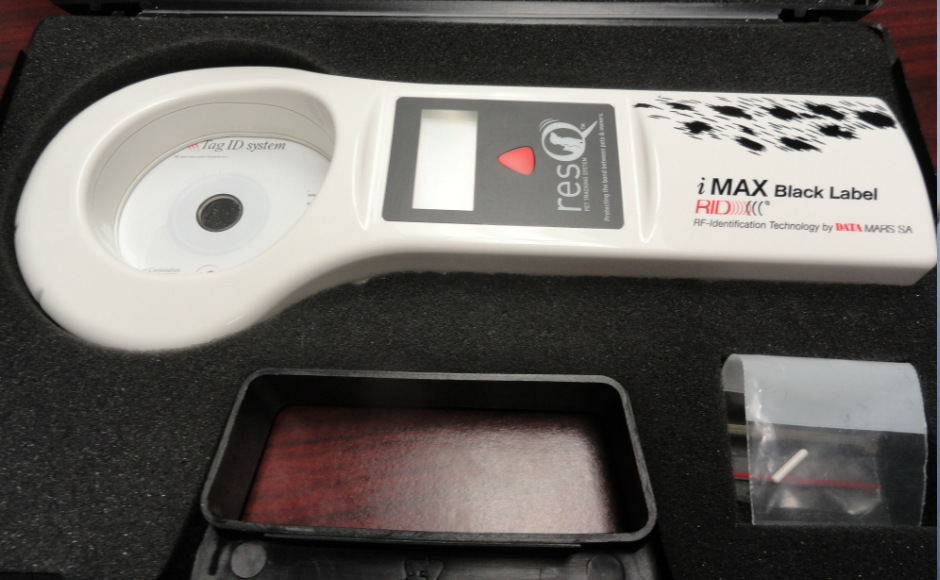 So, in memory of her late parents, the Sheehans donated a pair of iMax+ universal microchip scanners to the police departments of Oaklyn, where the Millers last lived, and Collingswood, where the Sheehans have lived for 30 years.

“My father knew everybody in the neighborhood by their pet’s names,” Clare Sheehan said. “I know it would please my father knowing that these animals would be reunited with their families.”

“We know it can get pets back home sooner,” said Dr. Edward Sheehan. “It’s not like a dog tag that can easily fall off. It’s like a VIN linked to a name and multiple phone numbers. It’s our donation to the community where we live.”

“If you can’t give back to where you live, forget about it,” Clare Sheehan said.

When police can track down a pet’s owner, they can save them the cost of sheltering fees while keeping the animals safe from the risk of exposure to infections that can come from staying in a shelter, said Oaklyn Police Chief Mark Moore.

“It gets my guys back on the street sooner instead of being tied up with animals,” Moore. “It [also]saves overtime hours for the Animal Control Officer.”

At $300 to $400 apiece, the scanners would certainly qualify as an extra expense for most police departments. Even as those in Oaklyn and Collingswood can see the value of owning a microchip scanner, it’s not the kind of device for which they would typically budget. To Collingswood Police Chief Kevin Carey, that makes the Sheehans’ gift all the more special.

“We’re flattered that anybody takes the time to think about us,” Carey said. “The bigger picture is that the community recognizes what we’re doing.

“It’s a great service we’re going to be able to offer to help us reunite owners with animals,” he said. “I couldn’t be any happier to help them.”