Fusing a variety of artistic and performance styles from acrobatics to circus arts to puppetry, Aaron Rose and Justine Parks are working to bring a new, independent theater company into Collingswood. 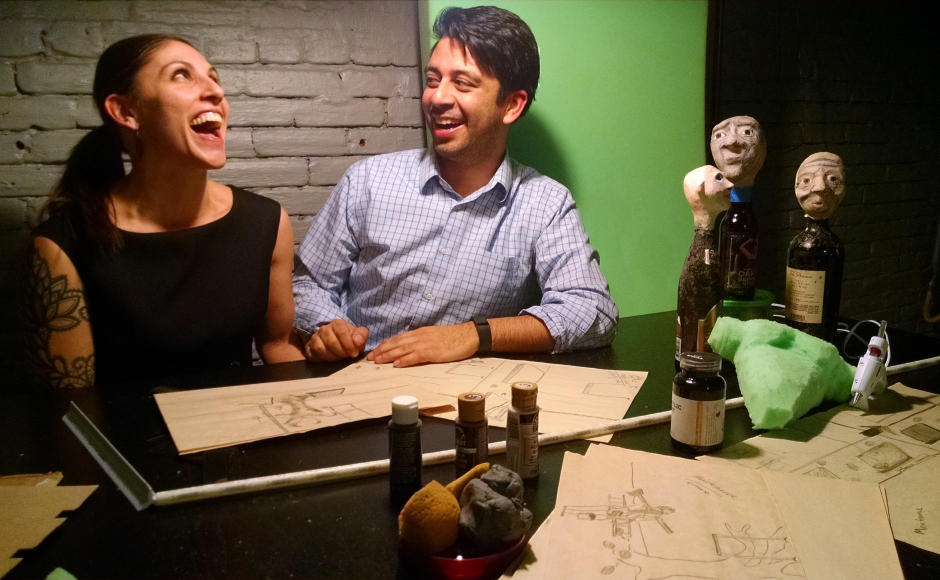 It was a feat of performance that brought Aaron Rose and Justine Parks together.

Parks was working in the human resources department at Bancroft; Rose was up for a job there.

As part of the interview, he was called on to make a presentation to a panel of observers.

Leaning on his theater background, Rose came up with a training on the history of puppetry, “and he did a voice,” Parks remembers.

Of course, he got the job.

For a time, the two shared an office. As they got to know one another more, they also discovered they shared a mutual interest in performance. 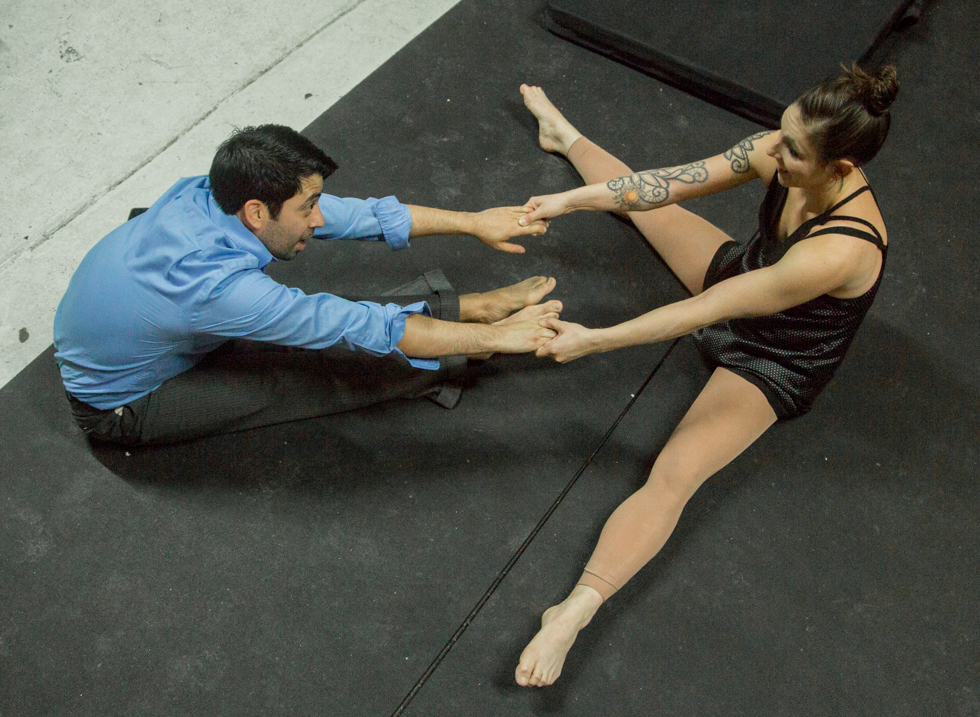 Rose had been a puppeteer with the nonprofit MicheLee Puppets in Orlando, Florida, and freelance clown—no, really—with Cirque USA.

Parks, a trained gymnast, grew up working summer stage at People’s Light & Theatre in Malvern, Pennsylvania, had participated in story slam competitions, and, when she met Rose, was immersed in the Philadelphia School of Circus Arts.

She invited him to come check it out with her.

As the pair continued to work and perform together, they discovered a deepening common interest in theatrical elements of storytelling…and in each other. (Rose changed jobs when it became serious.) Their relationship forged ahead, as did a plan to establish their own stage company incorporating their myriad talents for puppetry, circus, and narrative. 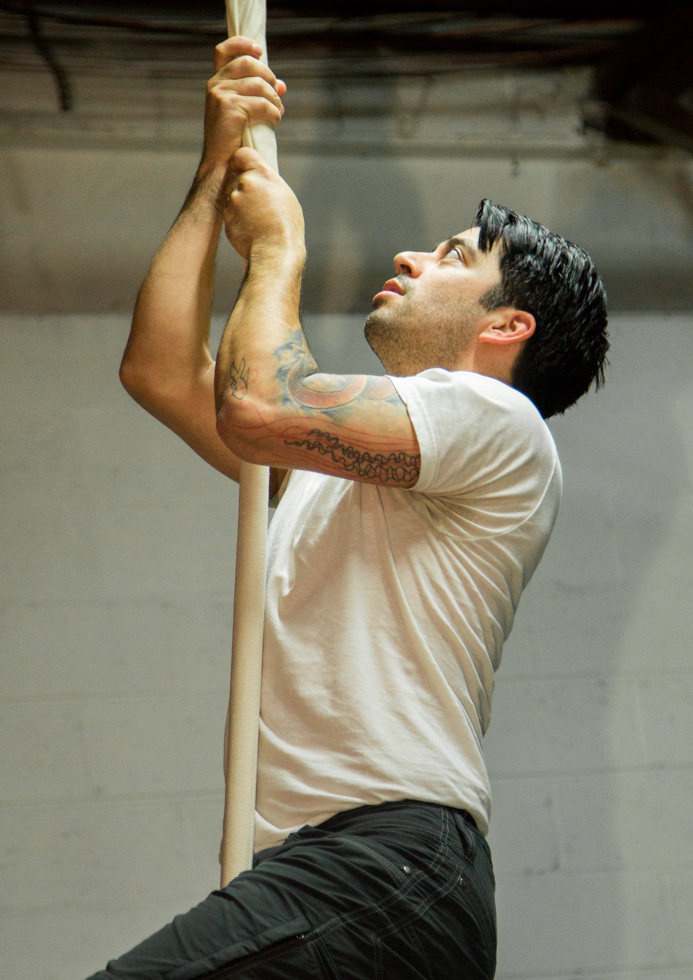 “Both of us had a real big interest in creating a performance.”

With Rose as the director and Parks as the writer, the couple christened their troupe Ethos Physical Theatre Company.

“It is us taking these moments in time and life, from ourselves and other people, and synthesizing them into a performance.”

The concepts the couple weaves together in its work are just as varied, from material that’s in the public domain, like Doctor Faustus, to original works, like Matador, a fable they wrote about a bullfighter and his lover. 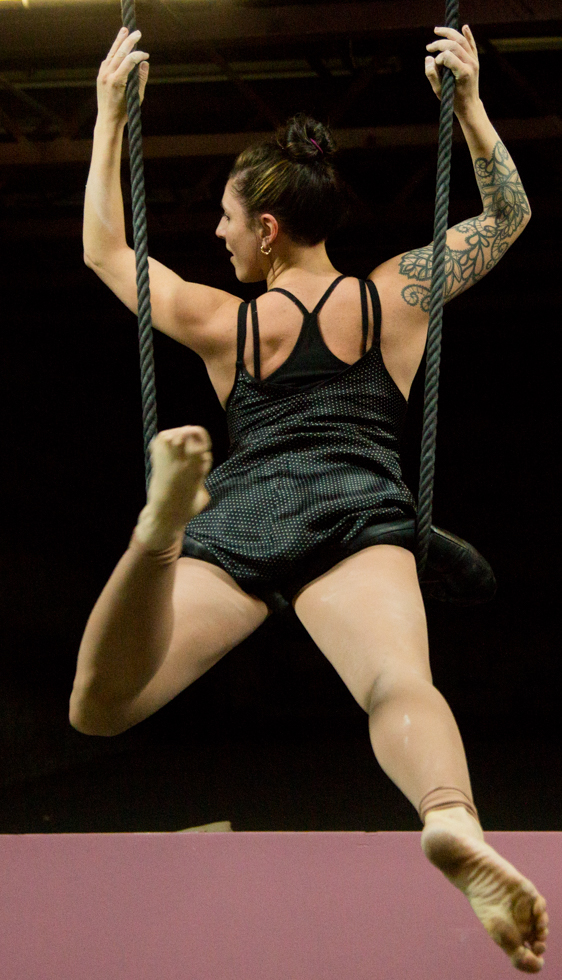 The performances incorporate some acrobatic elements, but their spectacle is intended to enhance the narrative, and not dominate it.

Matador, which debuted at the Philadelphia Fringe Festival, is an example of that fusion: it features a nunchuk dance, trapeze work, partner acrobatics, and shadow puppetry (and is being adapted into a comic book).

“These things can go together,” Rose said; “puppetry and circus, aerials and singing; all of these things are necessary to tell this story.

“We talk about the integrative arts: trying to look at a piece and look at it through the lens of saying what best conveys the emotion or the story of this piece,” he said.

“It’s not strictly traditional theater, it’s not strictly circus; it’s this gray area in between that conveys all aspects of theater to convey the overall message of the play.”

Now Rose and Parks hope to continue bringing such works to life in their new home of Collingswood.

Although they don’t yet have a physical location for their physical theater company, they want to find one in the borough, incorporating training and classes for prospective students, both professional and recreational, to support it. 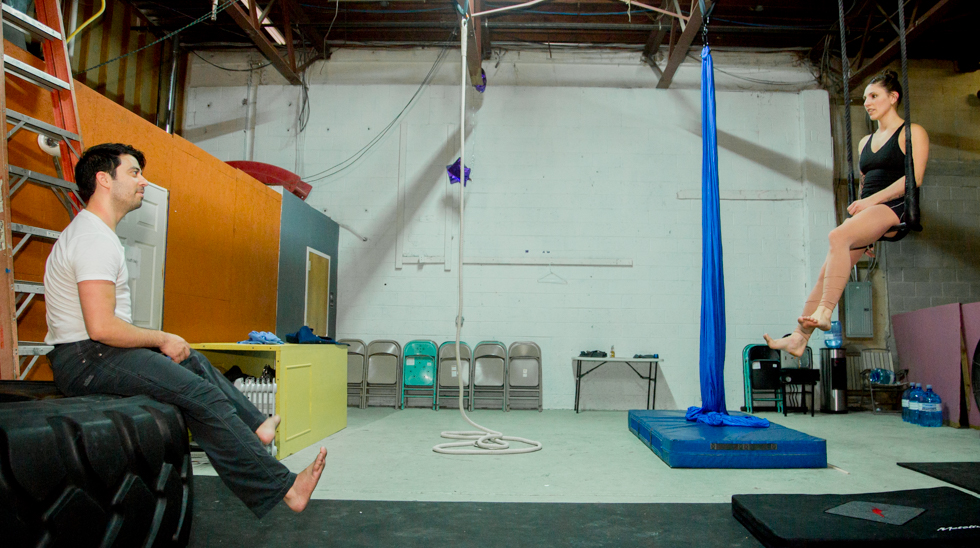 “The vision is to have our own place; a home, a permanent place in Collingswood,” Rose said; “to have a season of shows set up—spring shows, student shows, open mic nights—and bringing in interdisciplinary groups to support each other.”

The company will connect performers from the flow arts community—performers who use martial arts, dance, juggling, and fire—with those from improvisational and other performance backgrounds, Rose said.

Eventually, he hopes that Collingswood could be able to support a Fringe Festival-type performance slate that could draw artists from a variety of places and cultures to participate.

“We’ve got a million restaurants, but what do you do after you eat?” Rose said. 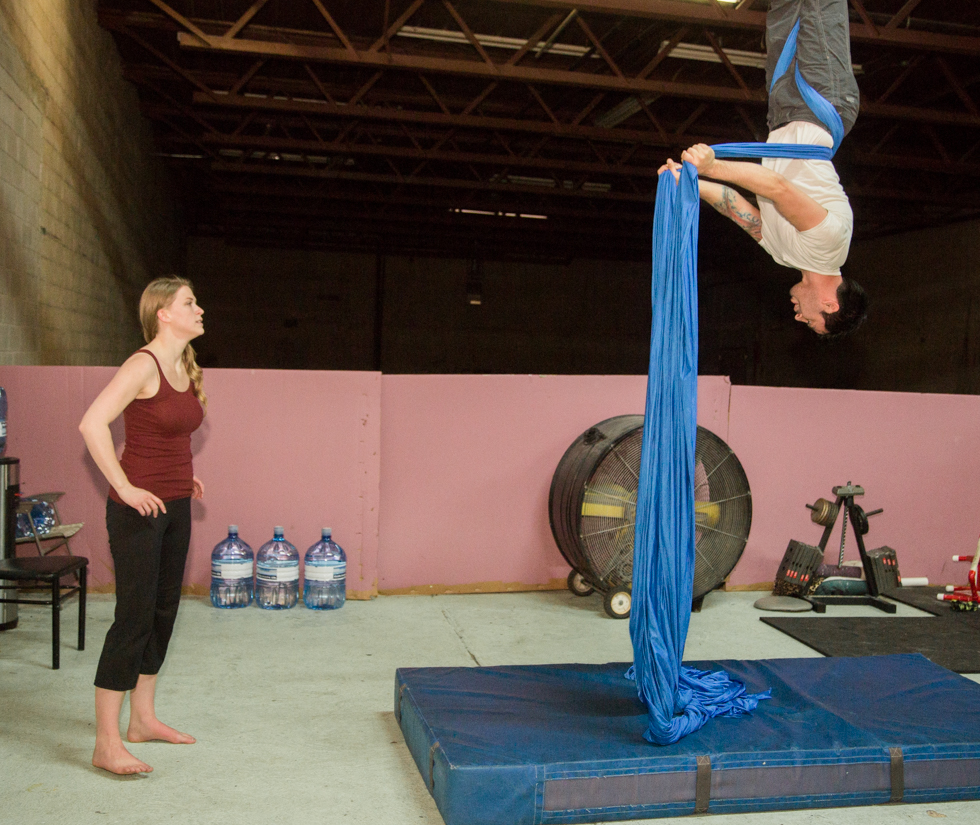 Until the groundwork is solidified for its Collingswood home, Ethos practices and performs out of Pinnacle Parkour Academy in Cherry Hill.

On February 25, the group will debut Tempus Fugit, a soirée, or themed showcase.

Performers bring their own ideas, music, and costuming, and there are solo and ensemble performances conceived around the relationship between people and time.

As she and Rose develop their plan for a sustainable neighborhood theater company, they hope to bring such moments and others like them to an audience in South Jersey that may not have seen anything else like it before.

“For us, that’s our main mode of expression,” Rose said.

“This is our art,” Parks said. “It’s got to come out, and this is the language we speak.”