With an estimated 10,000 to 15,000 single-use bags generated weekly by the market during its annual six-month run, organizers are looking to create a greener operation. 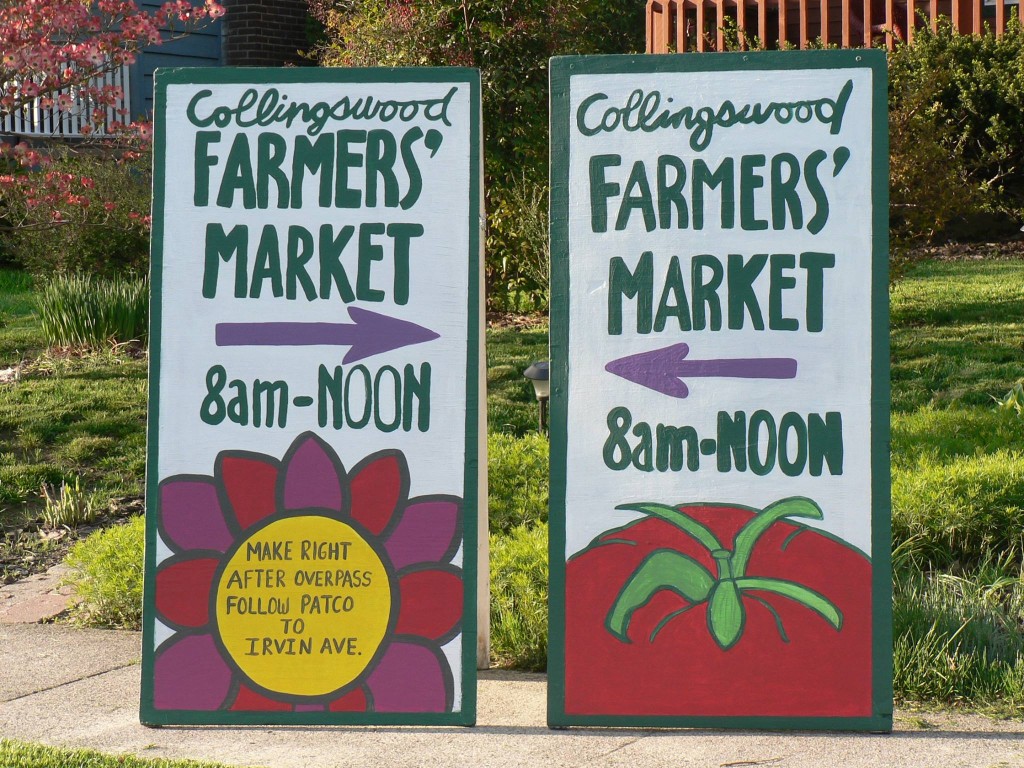 Every Saturday for six months out of the year, the Collingswood Farmers Market brings a bustling hub of activity to the borough municipal parking lot on Atlantic Avenue.

Averaging between 4,000 and 5,000 shoppers a week, the market also creates a demand for some 10,000 to 15,000 plastic bags every time it opens, estimates its director, David Hodges. For a volunteer-run project that focuses on environmental sustainability, that impact is too great to ignore, he said.

“If it weren’t so automatic to reach for that bag, we’d realize how unconscionable that is,” Hodges said.

Plastic, single-use shopping bags are typically used once before they end up in a landfill or the ocean. They snag the gears of sorting machines at recycling facilities, and can choke wildlife. Furthermore, they are also photodegradable, not biodegradable, which means their component parts can infiltrate soil, drinking water, and animal feed.

For all those reasons and more, the Collingswood Farmers Market is searching for a way to lessen its reliance on the bags as it prepares to head into its 17th season. Hodges is calling it “a voluntary reduction to zero,” and hopes vendors will work together with market organizers and shoppers to find creative solutions to the problem.

“I really don’t want anyone to feel imposed on,” he said. “I think if we find a reasonable range of options [and]help everyone who comes to the market, they’ll think of it as an upgrade in packaging.” 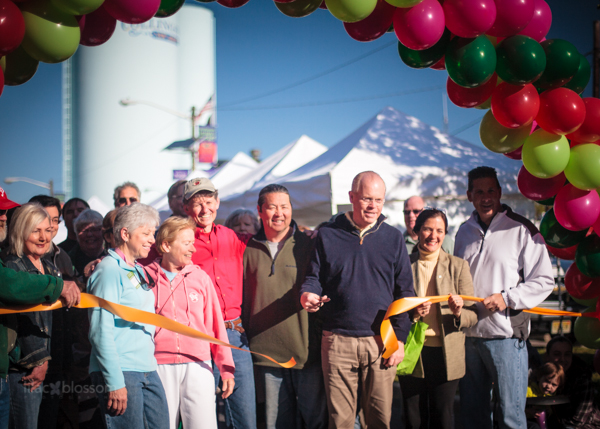 Hodges believes the move can be made, although exactly how is part of the challenge. He pointed to the example set by the Brigantine Beach Green Team, which last season implemented a similar policy at its farmers market. There, both vendors and shoppers helped create a smooth transition within only a few weeks, supported by donations of reusable bags from local businesses “so that there were more of them available than anyone needed,” Hodges said.

“They had a buy-in from their participants,” Hodges said. “They didn’t start by saying, ‘You have to carry your carrots home.’”

A straw poll Hodges had offered on the subject won “very little enthusiasm for an outright ban” of bags last year, he said, but as similar pushes are made throughout the state and country, it’s no longer a foreign concept. He cited “the very positive experiences of [farmers markets in]Brigantine and Margate, not to mention entire cities like San Francisco and Erie County, New York” as precedent for eliminating single-use plastic bags, and hopes his community can follow suit.

“I’m not a natural crusader, but I like to facilitate any idea that our constituencies support,” he said. “There are plenty of ways that lots of people feel their market can be improved, and one cause organically bubbles to the top.” 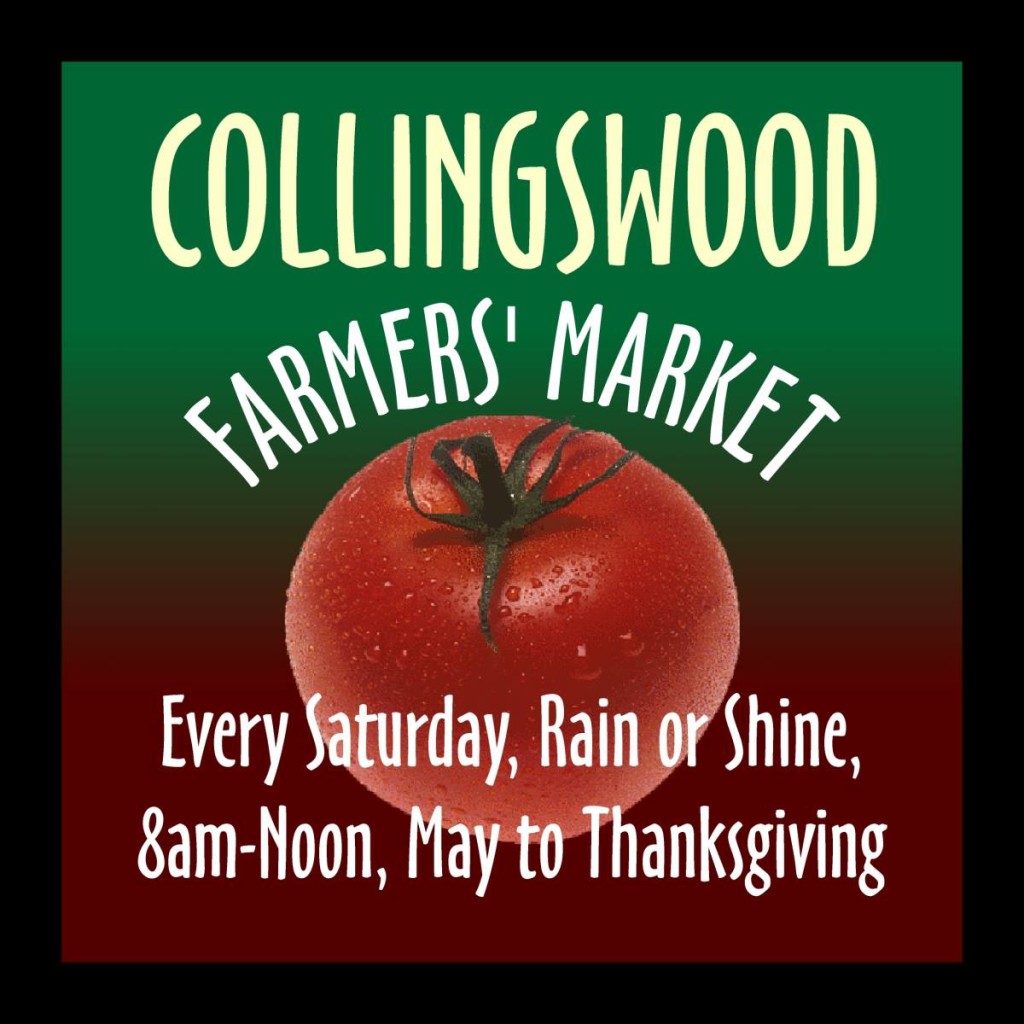 Last week, a discussion on the market Facebook page drew chatter on an array of concerns, from bacterial build-up in reusable bags to concerns about mixing sandy, wet, or smaller produce in with a larger shopping order. Other shoppers wondered about an onsite solution for those who forget their bags.

Hodges thinks the market’s Veggie Valet concierge service, which holds shoppers’ bags at a tented table so they can continue strolling throughout the market, could become a drop-off point for a reusable bag “lending library.” He’s also considered that shoppers could help stock such a library with clean bags during the transition. The Friends of the Collingswood Farmers Market volunteer group also sells reusable shopping bags for $10 apiece, proceeds from which go to support its operational costs.

Whatever form the solution takes, Hodges believes that commitment from its shoppers, vendors, and volunteers will ultimately make for a better market overall.

“There’s a lot to be said for squeaky wheels and reaching out, and I like to collect a lot of survey opinions,” he said. “That’s why we’re opening the conversation: so that we make sure we invest as many of our shoppers and participants in a functional solution instead of imposing one.”