First responders from multiple companies help put down a small house fire on Garfield Avenue in Collingswood. No injuries have been reported. 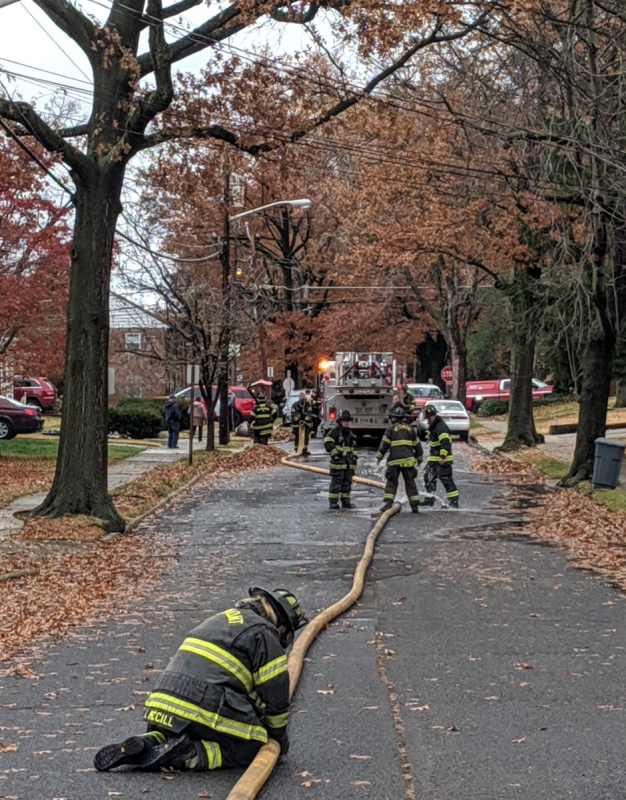 Firefighters clean up at the Garfield Avenue scene of a Collingswood house fire. Credit: Matt Skoufalos.

First responders from multiple companies put down a small house fire in Collingswood after a quick call from a neighbor.

Firefighters from Collingswood, Westmont, Pennsauken, Cherry Hill, and Gloucester City converged on a home in the 100 block of Garfield Avenue a little before 1:30 p.m. Monday.

The occupant of the building had tried to extinguish the fire before they arrived, but Collingswood Fire Chief Keith Davis said firefighters still had to contend with some extension of the flames within the house.

It took them about 20 minutes to do so, he said.

Collingswood Police and local fire marshals were still working to determine the origin of the fire.

Davis said “multiple ignition points” had been identified inside the living room and rear of the house.

The chief wasn’t yet sure whether the occupants of the home would be displaced as a result of the incident.