Trending
You are at:Home»People»Collingswood Gets up for Volunteer Recruitment May 26

The two-hour meet-and-greet plies residents with food, drink, and the enthusiasm to power another year’s worth of community events.

Get Up Collingswood. Credit: Cass Duffey.

After the last dustings of funnel cake sugar have been swept up and the final Pop Shop balloon hurtles skyward from the hands of a child; after the tents and tables of the Collingswood May Fair have been tucked away, the borough will breathe a sigh of exhaustion, take a day off to rest, and then get right back to business.

The legwork and sweat equity that powers the massive, 50,000-guest block party isn’t bought and paid for. It’s donated, hour by hour, a year ahead of time. Generating all that human momentum requires a fair bit of inertia, and so to kick things off, Collingswood decided that another party is in order.

On Tuesday, May 26, the Get Up Collingswood! volunteer recruitment event invites residents to the Scottish Rite Ballroom for a free, two-hour meet-and-greet with the leaders of more than a dozen community programs.

“If May Fair wants to see another 36 years, it’s going to need a lot of new faces and bodies,” said Cassandra Duffey, Collingswood Director of Community Development.

“It’s really boring to just ask people to come and hear about joining a committee. We decided to make it look more like an indoor block party.” 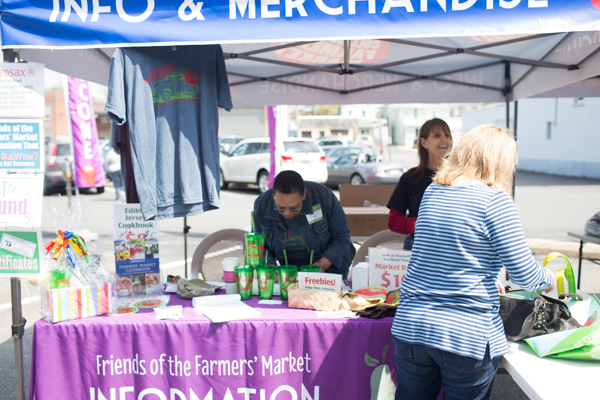 From 6 to 8 p.m., guests will nosh on snacks from Inde Blue, DiBartolo Bakery, The Tortilla Press, and the Pop Shop while enjoying craft beer from Pinelands Brewing, Forgotten Boardwalk, and Flying Fish breweries.

Door prizes will also be raffled off from a number of Collingswood businesses: Arts Plus Gallery, the Nesting House, ExtraordinaryED, the Cosmetics Bar, Red Dog Designs, and the Scottish Rite concert series.

“We really want people to just come out, have a good time, and find something that’s a good fit,” Duffey said. “It’s the kind of town where you ask for 10 people and 100 people show up, which is impressive. People are really willing to jump on board for a good thing here.”

Collingswood Farmers Market Director David Hodges said that the recruitment drive of Get Up Collingswood! has lent a big boost to his operations.

“It’s been very beneficial to me to have the consistency of a ready and willing group of added volunteers who value the market and the community amenity that it is,” Hodges said.

In Collingswood, Hodges said, “there’s a lot more to what’s going on in town on any given weeknight than what’s taking place at the commercial enterprises.

The social justice or the greater good, there are people who’ve done some of the legwork to get those operations going.
— David Hodges, Collingswood Farmers Market

“There are writer’s groups and there are social organizations and there are ecology operations,” he said. “Pretty much any social agenda that the town might have, there are people already organized that might benefit whatever it might be.

“The social justice or the greater good, there are people who’ve done some of the legwork to get those operations going,” Hodges continued. “If you wanted to volunteer, you wouldn’t have to start from square one. There’s probably an organization around that you’re not probably aware of yet.”

‘We encourage them and they take action’ 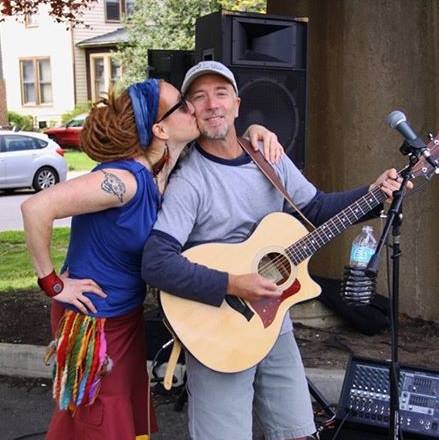 Arts Plus Gallery owner Sam Caruso, a chief organizer of May Fair and of the Second Saturday musical acts, said that Collingswood traces the volunteer roots of its street festivals back to programs begun decades ago in the downtown business district.

“We were businessmen and we all got together, walked out the door of our store, and decided to do something for the avenue one day a year,” Caruso said.

“I don’t know who does or who doesn’t know how it’s been put together, but I think they think that it’s just a given that Haddon Avenue’s going to have some type of function during the year,” he said.

“Whether it be Cruise Night, Second Saturday, May Fair, they assume that because it’s a downtown these are things that downtowns do.”

Caruso said that the volunteer efforts behind town-wide events power the local economy. It’s a give-back that yields tremendous value for residents and businesspeople alike. New and interested volunteers are integral not only to the lifeblood of the town, he said, but to the future of its most popular public amenities.

“If you look at the core of why things happen, it’s because you’re physically on the avenue, having something that goes on,” he said. “Everything has been spun from that.

“Most of these programs flare up and die down,” Caruso said. “It’s cooperative work. The [volunteers] that hang in there the longest are the original believers in it that can keep that core alive.”

Collingswood Mayor James Maley said that although every town has its locals who contribute, the secret to volunteerism in Collingswood is that people put their shoulders to the wheel for “a diversity of interests.

“They don’t just talk about it,” Maley said. “People here do things about it. We encourage them and they take action.

“It certainly adds to the texture of the community in every way,” he said. 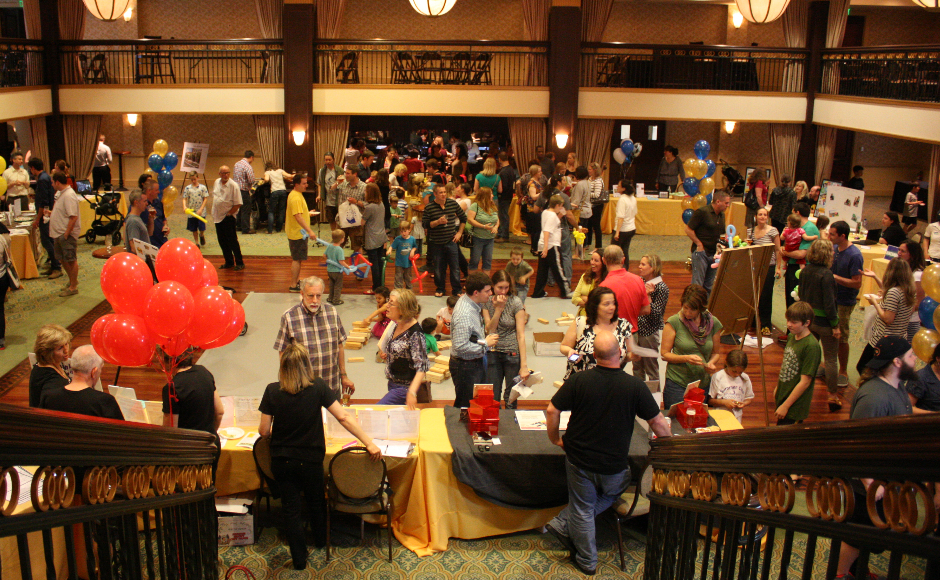 Get Up Collingswood. Credit: Cass Duffey.

Get Up Collingswood! participating organizations include: