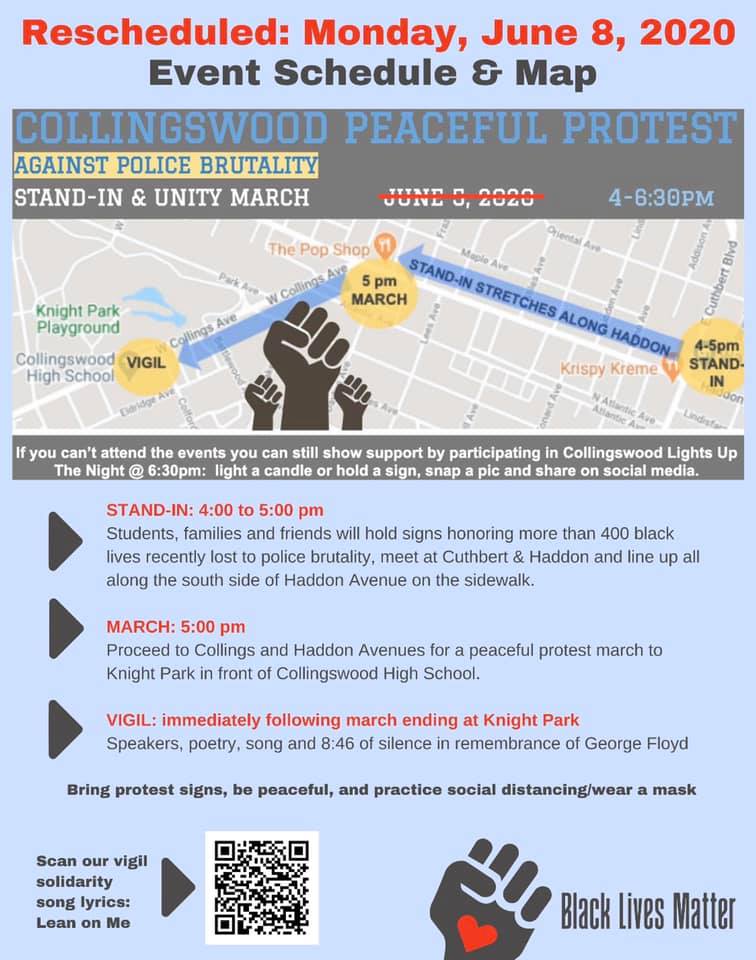 As they looked out across the world and saw millions taking to the streets to protest the systemic injustice of disproportionate policing, a group of Collingswood High School (CHS) students felt called to participate.

And when they asked their community for guidance, the adults around them saw their initiative, supported their efforts, and importantly, took a back seat.

It started when CHS senior Amanda Yeager asked her classmate Sena Amuzu whether she could help organize a peaceful protest in support of the Black Lives Matter movement.

Amuzu previously had organized a Black History Month celebration at their school, and “Words have Weight,” a presentation about weaponized language; events that Yeager saw as invaluable opening remarks to a larger conversation about racism.

Amuzu was willing to help, but knew they couldn’t wrangle a community demonstration all on their own.

“I only have experience planning assemblies, so a large event like this had new technicalities to tackle,” Amuzu said.

The students got some help from their teachers at CHS, Collingswood Mayor Jim Maley, and Collingswood Police Chief Kevin Carey, all of whom either offered direct help or connected them with others willing to support them.

Borough resident Sandi Kelly had been organizing a similar demonstration, but when she was told about the student-led event, folded hers into it and moved into an advisory role.

“We felt really strongly about letting them take the lead, and supporting the students, because they’re our future leaders,” Kelly said.

So while Amuzu started up a massive group chat that got things rolling, Yeager spread the word about the demonstration on social media. Their junior classmate, Ayanna Jones, began researching victims of police brutality so that students participating in the event would have reliable information about its purpose.

“I wanted to make sure that people really understood these victims,” Jones said. “It was a lot of research, since there are [hundreds]  of black victims who have died from police brutality.”

The Rate of Police Killings chart displays the chances of a black person being killed by a police officer within a given state out of the total black population living within that state (Credit: mappingpoliceviolence.org). 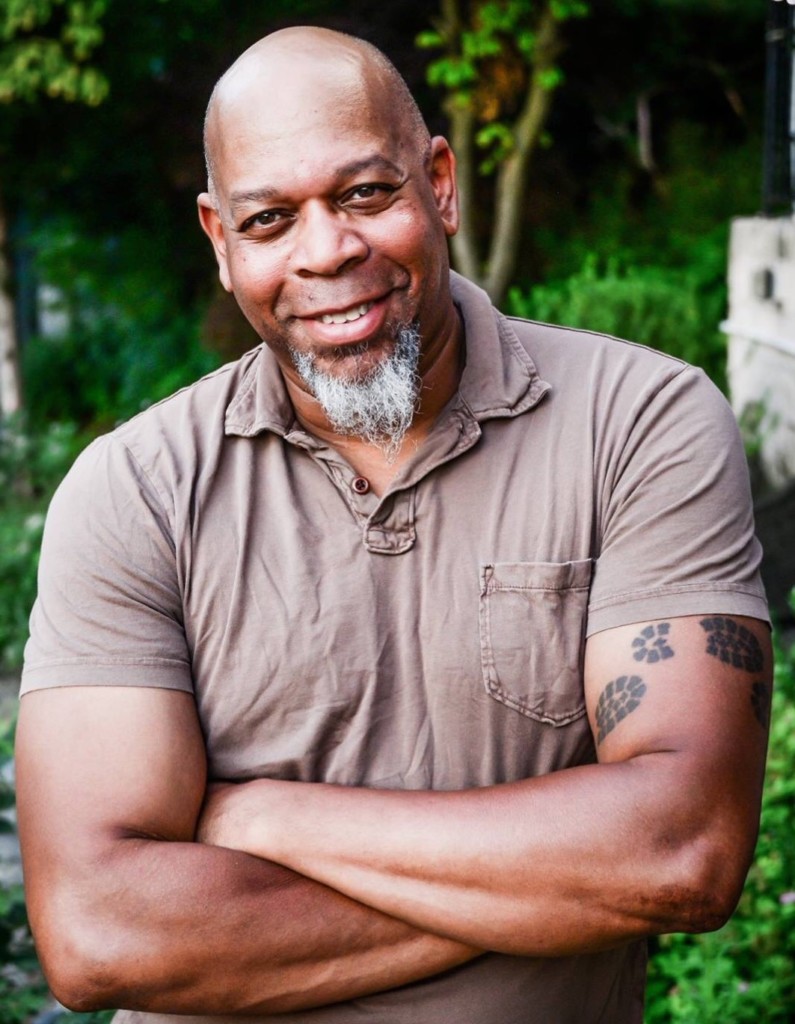 Collingswood resident Eric Robinson, a friend of Kelly, was invited by student organizers to speak about his experiences in the borough.

Robinson, who’s never spoken about race before a large audience, professed some nerves about the weight of the moment.

Ultimately, his love for the community motivated him to participate.

“This is a very important time in our lives, and I want to make sure I have the right message going out,” Robinson said.

“I want my message to be one of hope.”

Robinson is a father to three biracial sons, a circumstance that he said “makes them stronger” thanks to “support from both families on each side.” However, that support doesn’t negate the reality of what they and others like them face when dealing with authorities across America.

“Say you’re pulled over,” Robinson said. “You don’t know what kind of person you’re going to be dealing with under that badge until it’s already out of your control,” he said.

“You go from being emasculated to being measured for a pine box,” Robinson said. “Your life can be over in a second,” he said.

Rutgers Law School Director of Wellness Tamara Austin will participate in the event to answer questions afterwards, and to lead a “peace circle”—a group of 10 to 20 people having a free-flowing discussion—on Facebook.

A Philadelphia native, Austin moved to Collingswood in August after having lived in California for many years. Her first peace circles were created at the University of California-Irvine, when fraternity members there created a blackface video that divided the campus. 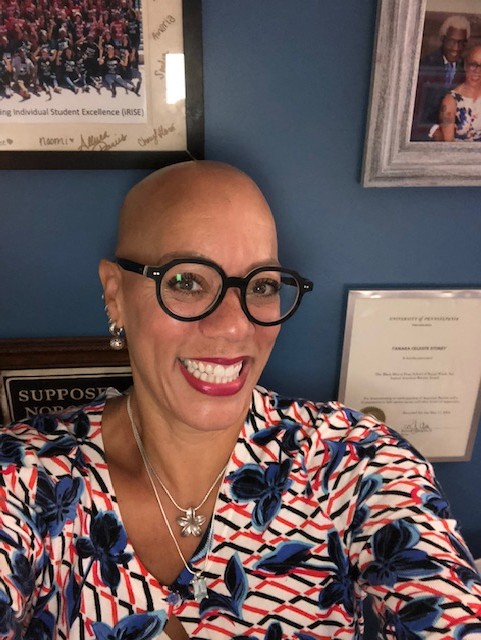 “I’m all about finding spaces where people learn, without judging them,” Austin said.

“It’s hard getting information because you’re afraid of being judged.

“We are all fighting for clarity right now,” she said.

Austin’s goal is to empower people to have necessary conversations that can create lasting change.

She envisions the possibility of establishing multiple peace circles that could function similarly to peer support groups.

“If people were that outraged, these incidents wouldn’t have happened,” she said, adding that, “people doing these kind of things would be fearful” if the outrage wasn’t just all talk.

As happy as she is living in Collingswood, the community isn’t immune to incidents of bias.

While walking down Haddon Ave recently, Austin said she was harassed by a carload of young men, who rolled down their windows and shouted “n—-r” at her. She reported the incident to police, but the men haven’t been identified.

“For some moments, I was really scared,” Austin said. “That behavior is learned, not impulsive.”

Austin also hopes to hold a Juneteenth celebration in Collingswood next year. The event is the longest-running celebration of the end of slavery in the United States. Austin offered it up as “not just a black thing” but “just a thing you learn about.

“I’m trying to be hopeful that as a country, that we can come through on the other side,” she said.

Amuzu said she hopes the protest will lead to more local “events [and]  discussions surrounding social justice” and “the different communities [and]  cultures of Collingswood in either an educational or celebratory manner.

“I want each participant to see the value of activism and the power we hold as individuals to demand and create change in this town, state, nation, or even globally,” Amuzu said.

Jones said she hopes the protests will “make sure that black lives are safe in our country” and “will make Collingswood more aware, and make it safer for the African-American community.”

Yeager said the protest is intended to highlight “the importance of educating yourself and being present in this time.

The moment is “not something you can hide from,” she said.