Trending
You are at:Home»Police & Fire»Collingswood»Collingswood Home Burns in Two-Alarm Fire

No one was injured in the incident, which drew emergency responders from eight nearby towns. 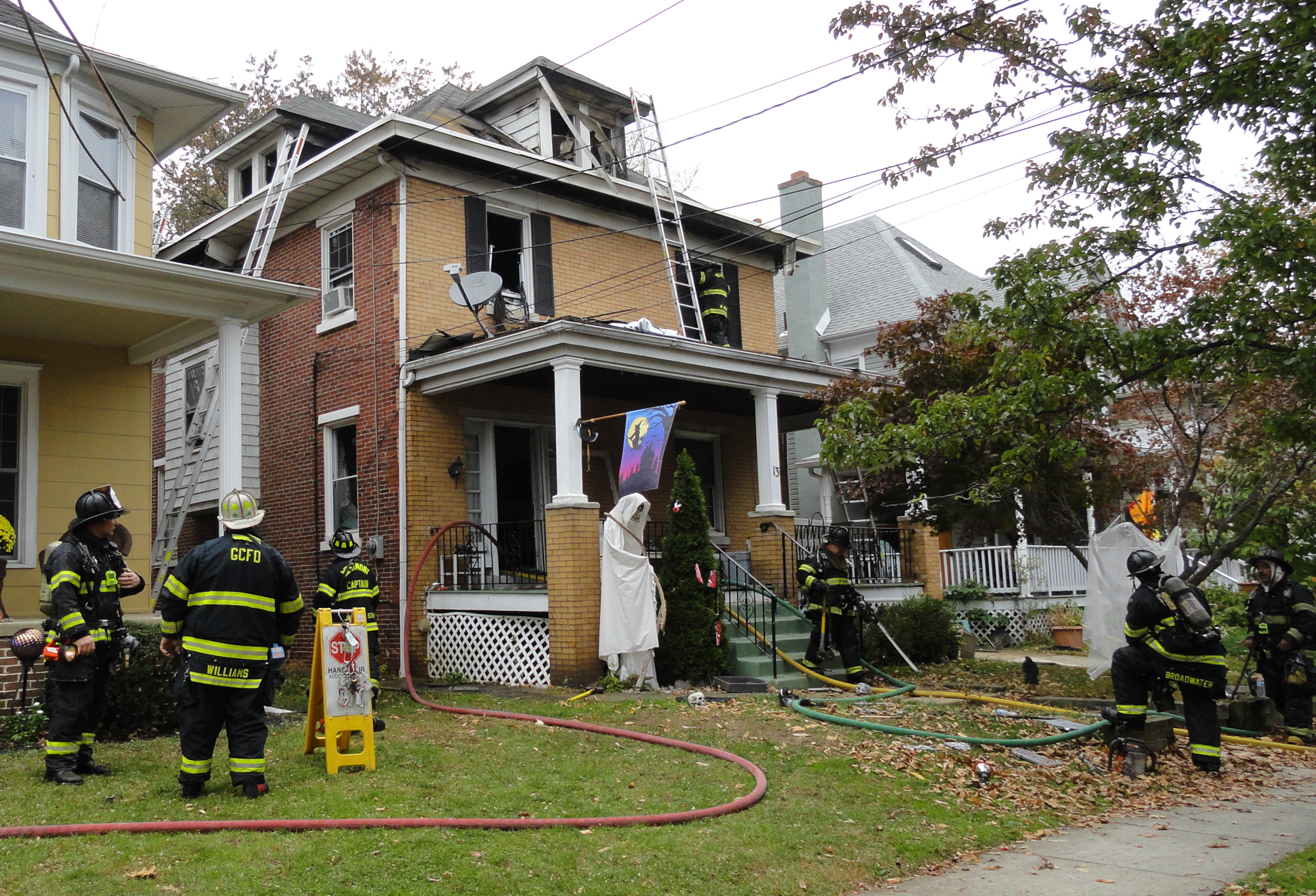 Firefighters wrap up at the scene of a Collingswood house fire. Credit: Matt Skoufalos.

A Collingswood home was badly damaged Wednesday afternoon by a rapidly moving fire that extended throughout the three-story, single-family dwelling.

The two-alarm fire took more than 30 minutes to subdue, the chief said.

The home was occupied at the time of the incident, but no one was injured. “Even the dog” escaped, a neighbor remarked.

Yet the presence of heavy smoke drew a crowd of witnesses to the property located less than a block off nearby Haddon Avenue. 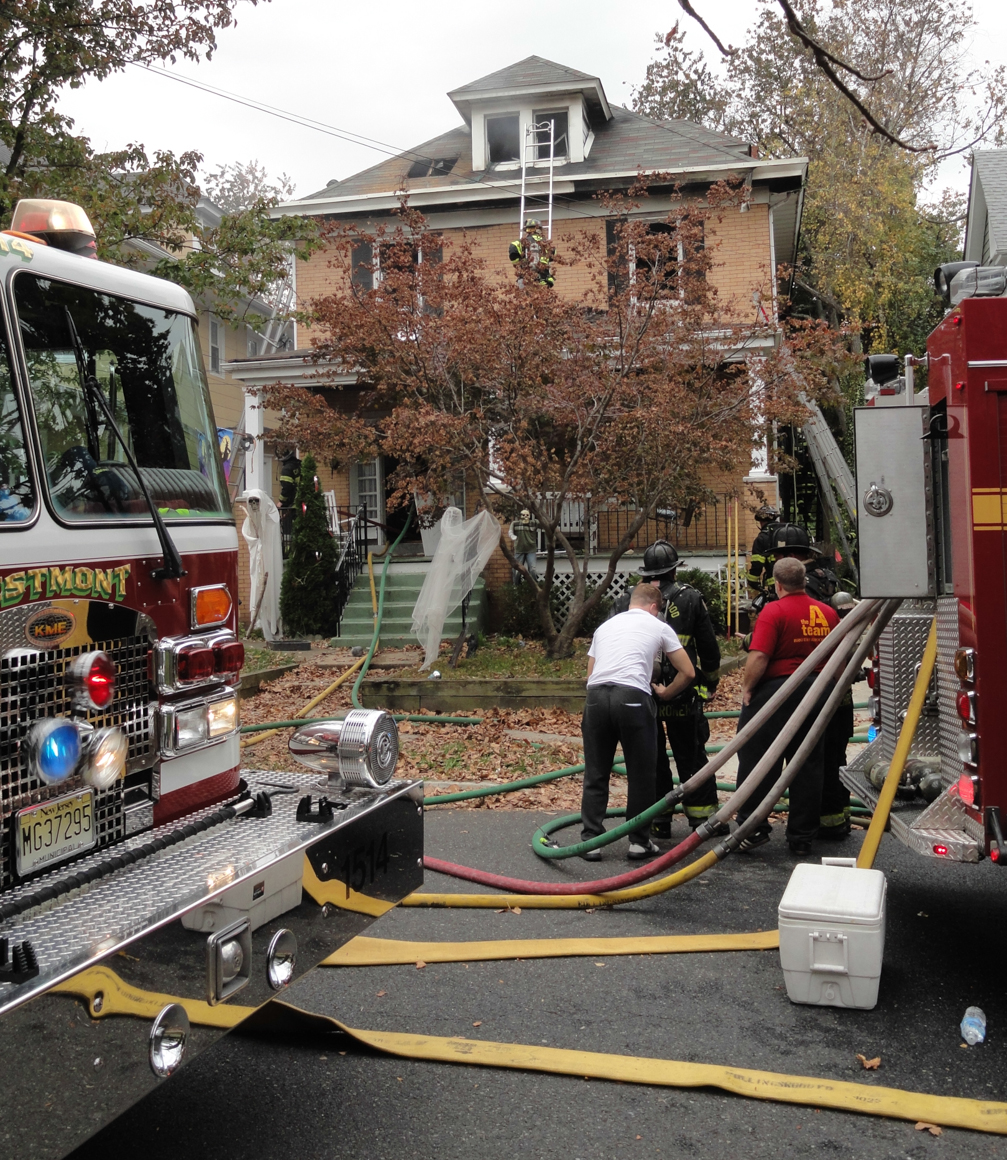 Neighboring homes in either direction were evacuated as a precaution.

The cause of the fire is under investigation, Davis said, and predominantly damaged the second floor of the building, which also sustained water and smoke damage.

“It was a fast-moving fire,” the chief said.

Davis noted that Red Cross relief teams were dispatched to assist the residents, adding that additional support might be rallied “once we find out their needs.”

Fire companies from Audubon, Camden, Cherry Hill, Collingswood, Gloucester City, Oaklyn, Pennsauken, and Westmont were all at the scene to assist.