A single-family home on Sloan Avenue was devastated by a quickly-moving fire that claimed the lives of three pets and displaced a family of five. 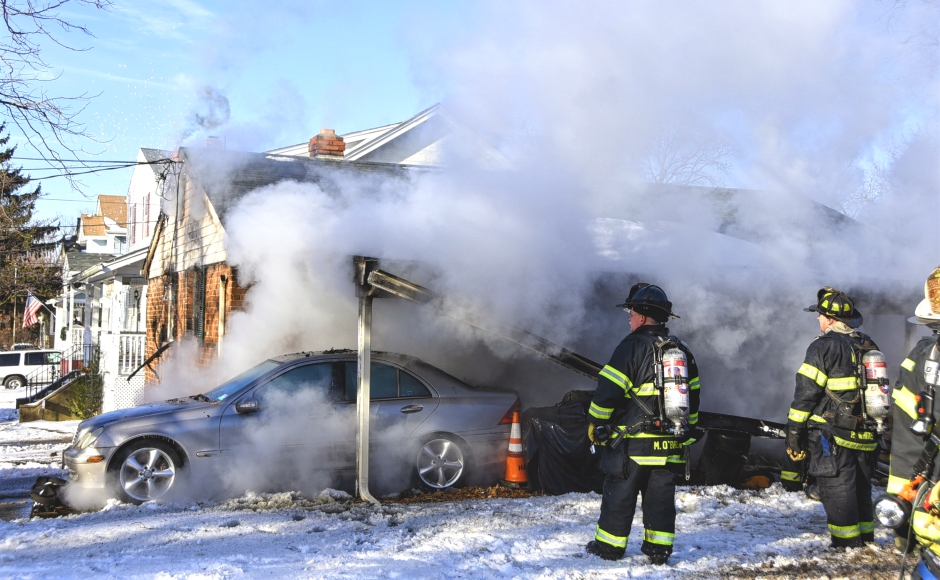 A ferocious Collingswood house fire left a family of five in the care of the Red Cross and mourning the loss of their pets Sunday afternoon.

The building was already deeply involved when firefighters arrived, and conditions were unsuited for them to battle the flames from inside the building, Davis said.

Instead, they poured on water from outside while waiting for PSE&G representatives to disconnect utility service. It took about an hour and the work of five fire companies—Camden, Collingswood, Gloucester City, Pennsauken, and Westmont—to put out the flames. 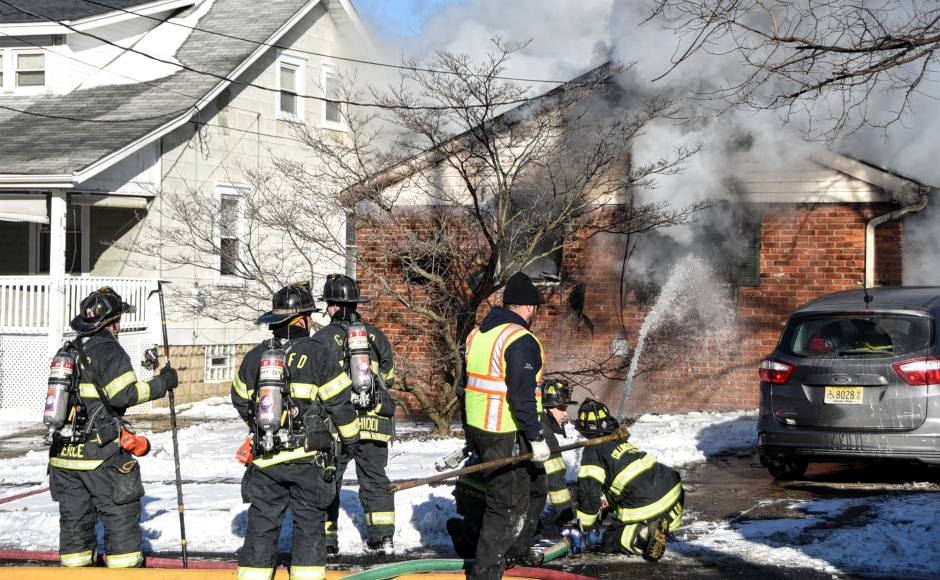 The intensity of the flames kept first responders from making entry into the building. Credit: Curt Hudson.

The cold weather was a factor.

Davis said firefighters were rotated in and out of a relief vehicle to avoid frostbite and equipment icing up in the sub-freezing temperatures.

He noted that recent water main breaks have caused problems with local water supply to hydrants, although that was not a factor in this instance.

“All those conditions could add up and cause issues if it got a little further out of hand,” Davis said.

The chief also credited police with managing the flow of emergency vehicles and traffic along Route 130 during the effort.

The home was left uninhabitable. Authorities have pinpointed the origin of the fire to the kitchen; Davis said it likely was accelerated by combustible materials there, and progressed quickly.

No people were harmed in the incident, but the family dogs and cat did not escape.