Leaders issued 11 formal proclamations to recognize the men and women who helped save resident Adam Nicely from drowning when his car entered Cooper River on Fathers’ Day. 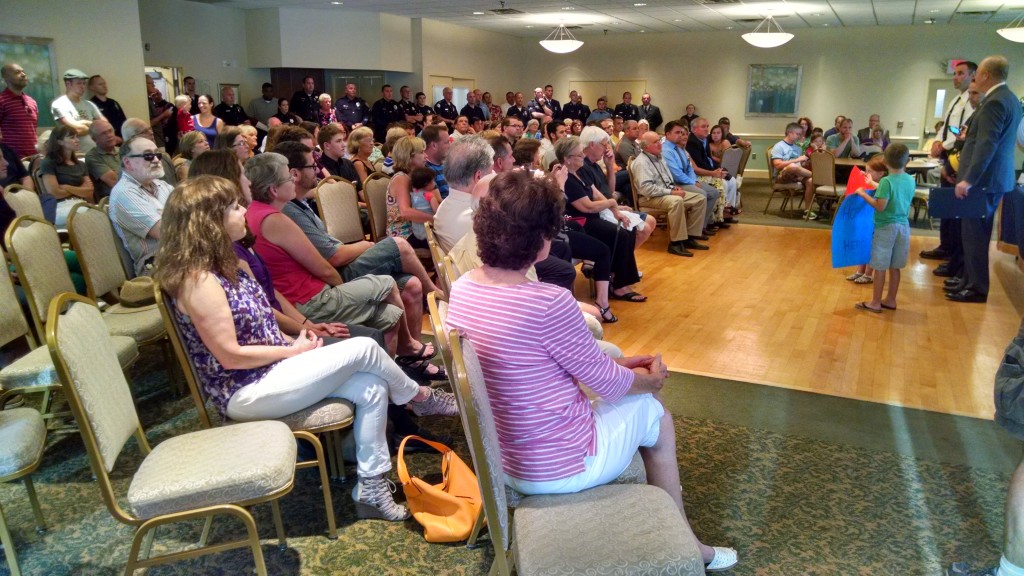 Little more than a month after he was pulled from his car in the Cooper River and resuscitated on its banks, Collingswood resident Adam Nicely was given a chance to thank his rescuers publicly.

In a crowded room full of friends and neighbors, Nicely was soft-spoken, but his voice was clear, and his words direct.

“People have been calling me a miracle,” he continued. “I didn’t want anything taken away from the people who worked to save me. It’s hard to believe this really happened.

“I think where we live should be more than Yelp reviews and what our taxes offer us,” Nicely concluded. “I thank each of you and encourage each of you to keep being the kind of people to jump in the water.”

On Monday, the Collingswood borough government honored the five firefighters, three police officers, and three citizens who played a part in saving Nicely from the accident. 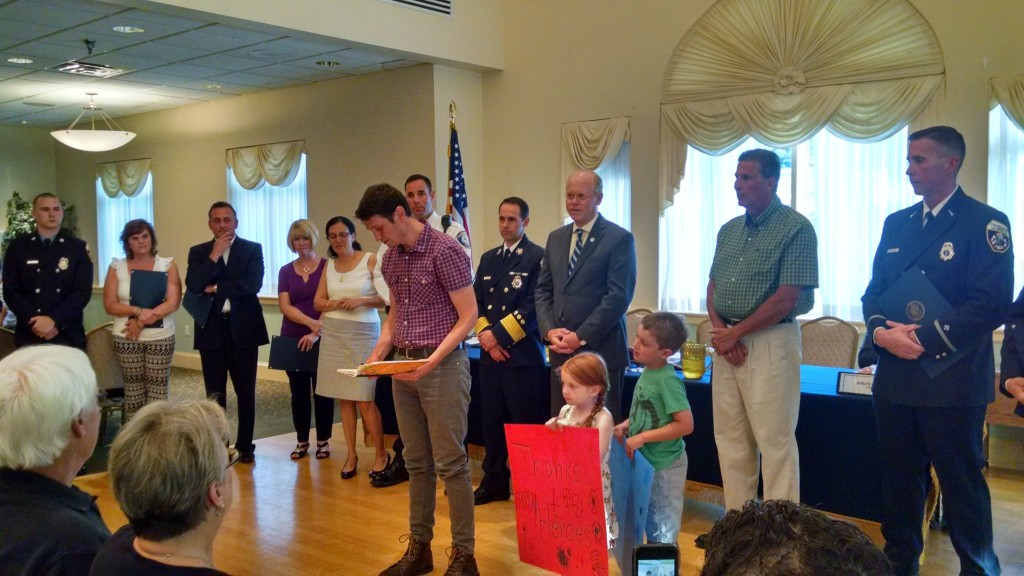 Lother was the eyewitness who saw Nicely having a seizure before his car careened into the water; Wolfram and Kehoe were in the park when it happened, and dove in after him.

Cavanaugh and Bowen pulled Nicely out of the car and brought him to shore, where the other first responders helped revive him, transport him to the hospital, and salvage his vehicle, all without further injury to anyone.

“A whole lot of people responded with the best of instincts, and didn’t just think about what to do, but made a difference,” said Collingswood Mayor James Maley.

The mayor also read from an e-mail written by Cavanaugh’s family that displayed an odd prescience about the entire affair.

“Jim came to Wake Forest for 11 days to visit with his dad,” Maley read. “The weather was extremely hot. We spent a lot of time at our community pool. Jim kept asking me to time him under water. He said, ‘You never know.’

“It was like he was training for the moment.” 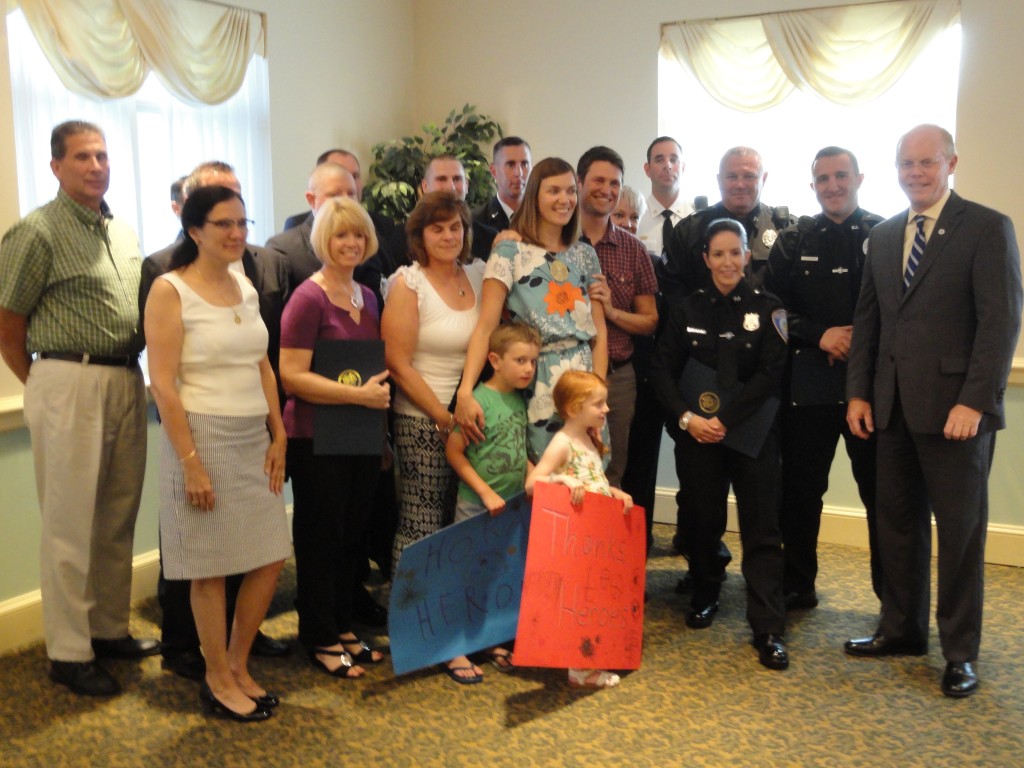 “This hits home,” said Collingswood Fire Chief Keith Davis, who said he was “very proud” of the efforts from the local emergency personnel.

“Literally seconds later, it would have probably been a different outcome,” he said.

Collingswood Police Chief Kevin Carey took the opportunity to laud his department for its daily efforts serving the community.

“Little things happen every day,” he said. “Regardless of who was working that night or that day, I can guarantee you the outcome would have been the same.”

Taking their cues from the chief, Cavanaugh and Bowen were similarly modest.

“It doesn’t really hit you,” Cavanaugh said. “I called my dad, and even as I was telling him, it didn’t seem like I did anything special.”

In one breath, he confessed that the rescue was “one of my proudest moments,” but added, “Any officer in the world would do it if they were put in the same position.”

Bowen reserved special praise for Wolfram and Kehoe, whose immediate efforts helped get the rescue underway.

“It’s surreal that we live in a world with all this craziness going on, and that citizens still care and are willing to risk their lives to save another,” she said.

“It’s a very humbling experience,” Bowen said. “It’s not every day you get to save a life.”

Given the time to reflect on the impact of her actions for the father of two she helped rescue, Bowen seemed equally grateful for the praise and reflective about the moment.

“Probably a week after, to sit back and think about what could have been, it’s really tough,” she said.

“We have to make split-second decisions everyday, and thankfully, this incident resulted in a positive outcome,” Bowen said. “Adam is truly a miracle.”

“This is amazing, and the [Nicely] family has just been so gracious and so thankful,” she said.