Two were charged for the August 20th soaping of the public streetscape, including a juvenile and an 18-year-old from Bethlehem, PA. Authorities say they will prosecute. 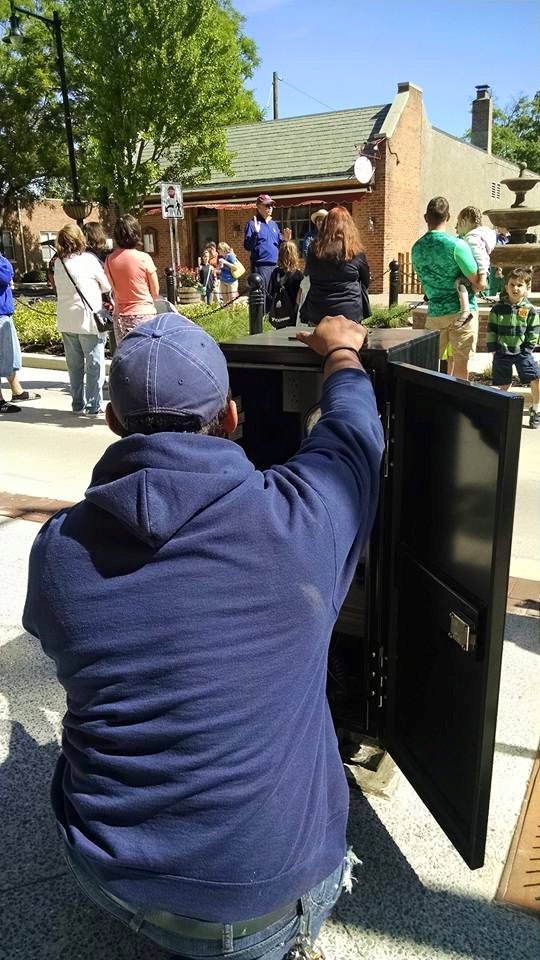 A DPW worker turns the fountain on. Credit: Matt Skoufalos.

“Duck-bombed,” politically lambasted, and filled with soap on multiple occasions, the public fountain at the LumberYard at Collings has been a center of attention since the announcement of the traffic-calming roadway improvement upon which it sits.

But after repeated incidents and gentle warnings about merely enjoying the amenity as-is, Collingswood is preparing to face its first prosecution for vandalism of the Haddon Avenue streetscape.

After an investigation from Collingswood Police, a pair of suspects was arrested for the latest soaping of the fountain, which occurred around 1 a.m. August 20. One was a juvenile who received a stationhouse adjustment for his role in the incident, and will complete mandatory community service hours.

The other is 18-year-old Gregory Reed Sutliff, Jr. of Bethlehem, PA, who faces a criminal mischief charge, and was released from police custody pending his court appearance.

“Adding objects or soaps to the fountain is a criminal act and violators will be prosecuted,” said Collingswood Police Chief Kevin Carey in a statement released Thursday.

The arrests would seem to dispel the theory that at least one of the pranks was politically motivated, said Collingswood Director of Community Development Cassandra Duffey. Borough officials had suspected the fountain could be a prank risk, she said, but after a few months—and multiple soapings—novelty is no longer a tolerable excuse for the repeated vandalism.

“Some hijinks were to be expected to some degree,” Duffey said. “Things like that may happen with something that’s new. Now that it’s here, the community has ownership of it, and they don’t want to see things get destroyed and damaged. ”

Furthermore, Duffey said that representatives of the borough public works department don’t get the joke after being tasked with draining, cleaning, and refilling the fountain. Neither does the Collingswood detective bureau, she said, the job of which it is to investigate the nuisance.

“At some point, the interest will wane,” Duffey said, “especially with the threat of prosecution.” 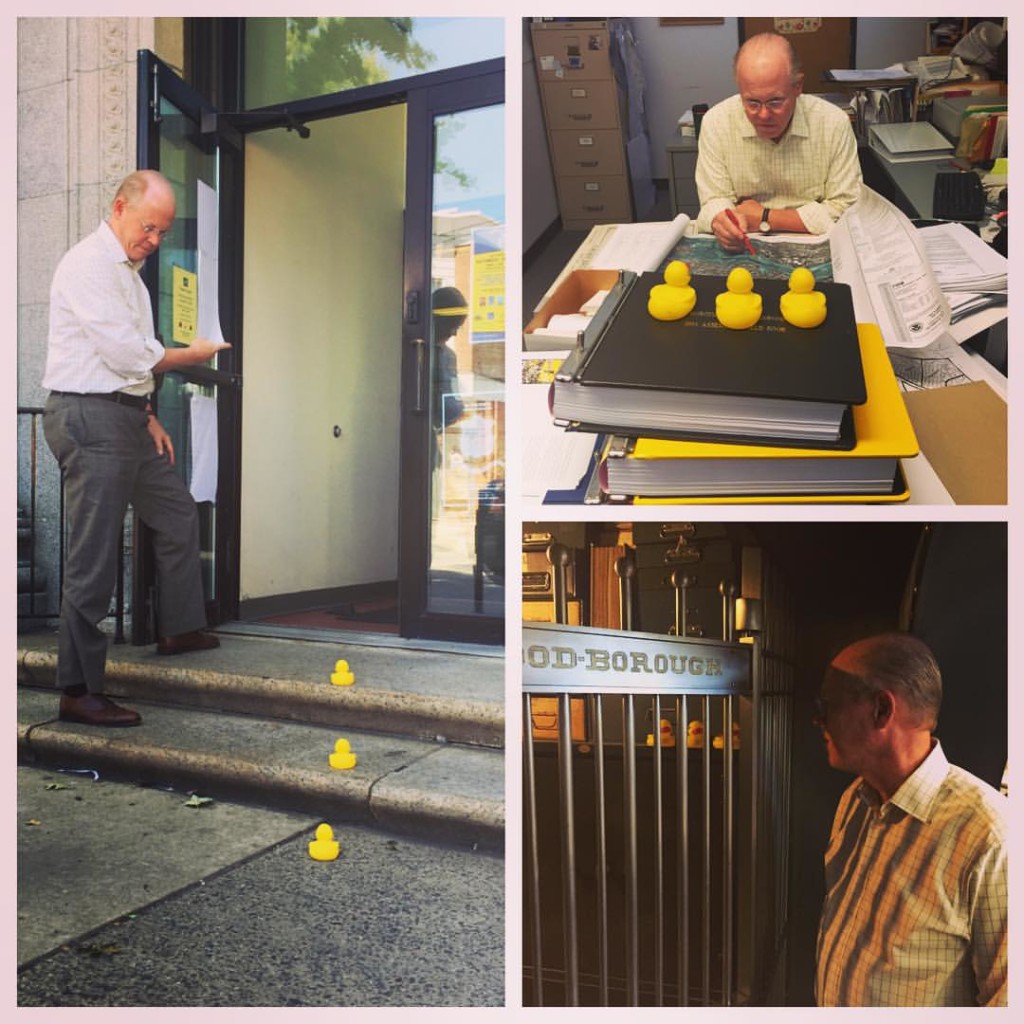 Although Collingswood is known as a community that embraces the avant-garde along with the conventional, juxtaposing its Main Street, USA Christmas parade and Fourth of July fireworks spectacles with yarn-bombings and a fundraising “Prancercise” event, Duffey pointed out that the borough draws a hard line between sanctioned and unsanctioned activities.

“And if they didn’t, at this point, they can see the difference,” she said. “You cannot throw things into the fountain, even if they are funky and cool.”

The borough has done its best to embrace some of the more benign complements to the fountain—namely, the anonymous additions of yellow rubber ducks. After “rehoming” them to Knight Park, Duffey also published a warning about the dangers of tempting children to monkey with the mechanisms and the stress that foreign objects put on the fountain motor.

She even helped coordinate a photo shoot with the Collingswood Duck Family, a privately administered Facebook page that uses the toys to showcase local businesses, and Collingswood Mayor James Maley. The mayor gamely participated, staging a scared-straight shot with ducks, using the old bank vault inside the building as a backdrop.

“I like the duck family,” Duffey said, “and I like when they come to Borough Hall. But they will do damage to the fountain. They mess up the flow and they’re messing up the motors.”

For his part, Maley, who has heard the lampoons of LumberYard opponents crystallized in their objections to the fountain, simply hopes the arrests serve notice that the gags have run their course.

“It’s certainly not close to being something important, but it’s something that we wanted to put a stop to,” he said. “As long as the fountain’s there, somebody’s going to be pulling some pranks on it. We want it out there that you’ll be punished.”

As for his photo shoot with the duck family, the mayor was equally candid.

“I may have hit rock bottom,” he joked.