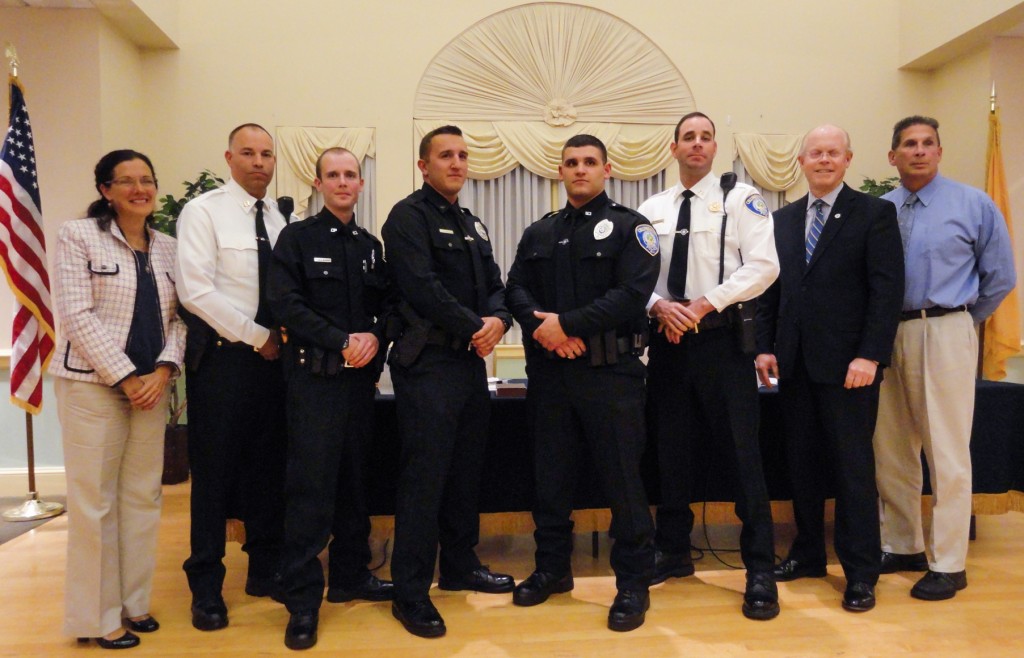 The move immediately makes Lee the second-highest ranking officer in the department.

“Frank has been here upwards of 15 years,” Carey said of his new executive officer.

“He’s a very intelligent guy. I’m looking forward to him and I, both together, catapulting changes forward.” 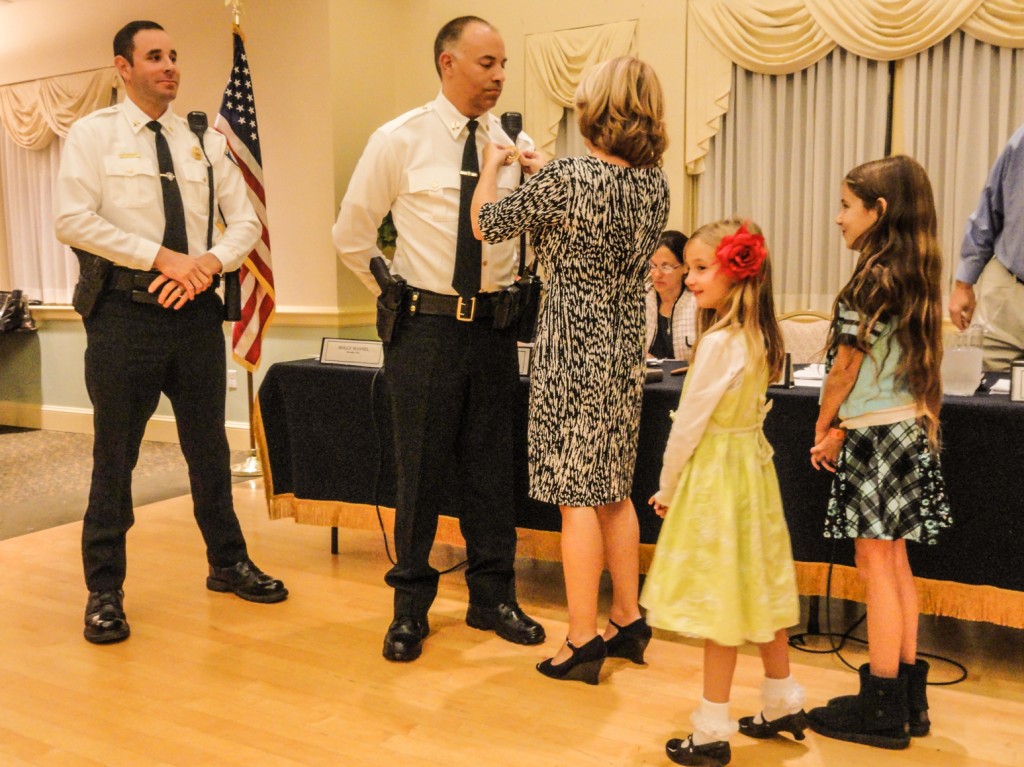 Frank Lee receives his captain’s badge from his wife, Sarah, as their daughters look on. Credit: Matt Skoufalos.

Lee “has a broad knowledge of all kinds of police work” and a “great work ethic,” Carey said. “[He’s] proven himself to keep up on current laws. He’s got a very forward looking look on things.”

“We’re really happy to have Frank in a management position with our department,” added Collingswood Mayor James Maley.

On the subject of his promotion, Lee was as good as his name, offering one, brief remark.

“I’m just thankful to be a part of the revitalization of the police department,” he said.

Carey described the new crop of public servants as “all young, 22-, 24-year-old, intelligent guys,” who are “real high on community-oriented policing. 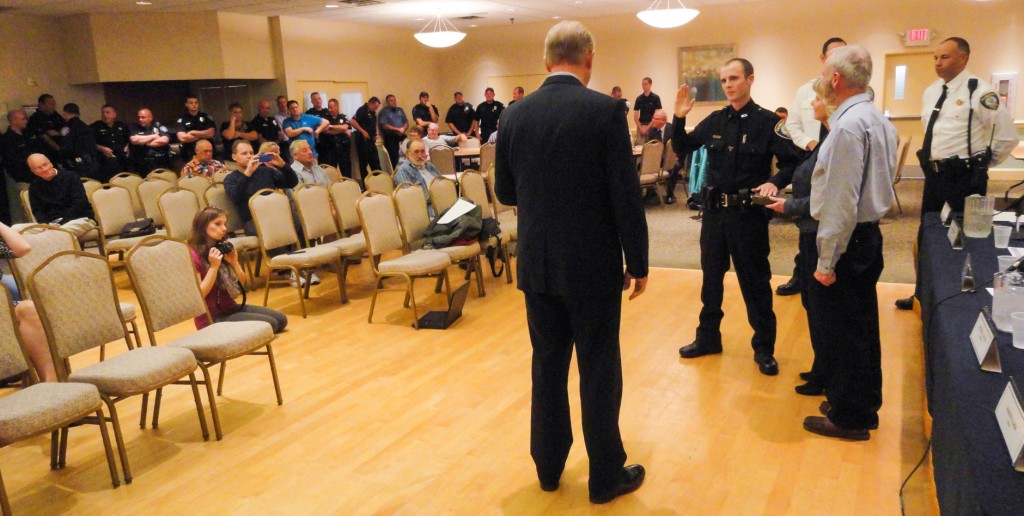 Collingswood Mayor James Maley swears in Manning while the remainder of the borough department and assembled guests look on. Credit: Matt Skoufalos.

“Some have college, if not a four-year degree,” Carey said. “All four interviewed quite well.

“I’m looking forward to some fresh blood,” he said.

“It’s impressive the resumes we get,” Maley said. “A lot of interest.”