Police don’t believe the student who brought a loaded weapon to the district high school had plans to attack anyone or threaten violence. They continue to chase down leads in the case.

A Collingswood High School student who allegedly brought a loaded gun to school on Friday didn’t intend to use it on classmates or at the campus, investigators said today.

Collingswood Police Chief Kevin Carey said that so far, the case shows “nothing pointing towards violence towards the school or any student.”

School officials allegedly found the gun in the possession of a 15-year-old Woodlynne resident after fellow students heard him discussing it and notified a counselor.

The teenager, who was not identified because he is a minor, has been remanded to the Camden County Juvenile Detention Center Lakeland campus in Blackwood.

Carey also said that the firearm was not defaced; that is, its serial number is intact, which means police have a chance of tracing the weapon to its last registered owner.

Presently, police are continuing to run down “all leads in the case,” Carey said, including exploring the student’s social network, and whether he had any connections to criminal gangs. At least preliminarily, the chief said no such connections have been identified.

“We’re going to continue to look into the juvenile’s life,” he said. “We go about things regardless of the nature of the incident, so we’re going to investigate this to the fullest.”

Carey also said he will continue to work with the Collingswood Board of Education to explore the possibility of adding a school resource officer (SRO), which the district presently does not have. 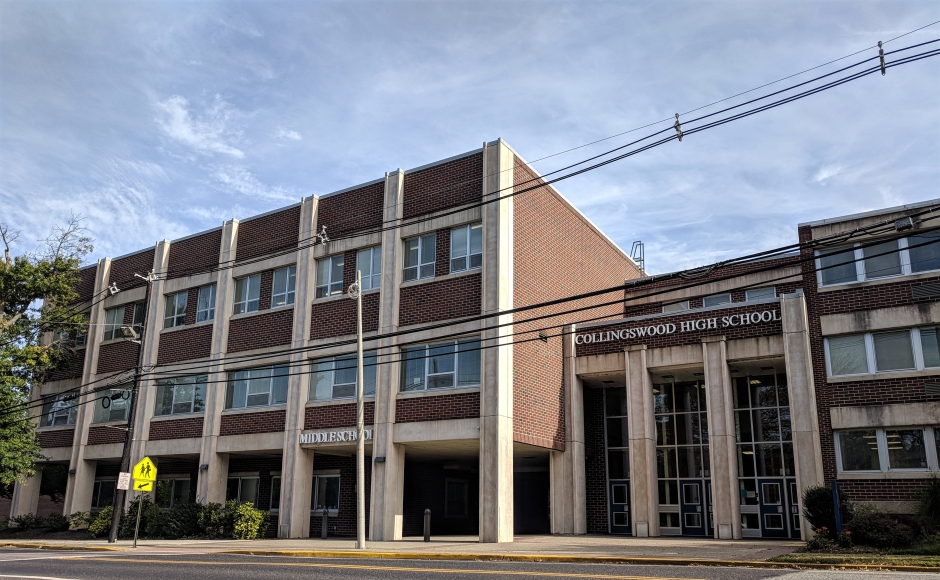 “There are ongoing talks,” he said; “hopefully that’s something in the near future.”

In the meantime, the district plans to roll out the StopIT app for anonymous incident reporting, according to a message CHS Principal Matthew Genna sent to high-school and middle-school parents Sunday evening.

In an e-mail Monday, Collingswood Superintendent of Schools Scott Oswald said that roll-out had been planned prior to Friday’s incident.

Genna’s message included a note for families that the student suspected in this incident would not be returning to the school. Oswald declined to comment on the implication of that point, citing juvenile privacy and the ongoing nature of the investigation.

However, according to the U.S. Gun-Free Schools Act, any student convicted of bringing a firearm to school or possessing a firearm at school will be expelled from that school for no less than a year.

The superintendent also said that the district is trying to “frame and budget” for an SRO, and has been in discussions to do so “for some time.”

On Monday, school counselors and administrators spoke to students at the high school and middle school during enrichment periods, Carey said.

Police weren’t on-hand for the assembly, but they will be present on campus throughout the week, the chief said. He advised parents, teachers, and students to “continue to do what you do” to report suspicious activity.

“If you see anything that seems out of place you should have the confidence to report that to someone,” Carey said. He credited the district with having a culture that “doesn’t let fear stop you from reporting something.”

“A more serious incident was avoided because of the culture and relationships [that staff]  worked hard to build in that school,” he wrote. “Students spoke up because they felt safe doing so. To students and families, physical means of protection are one solution, but nothing beats the power of building solid relationships between students and staff and families and school. We all must be in this together.”

The Collingswood Board of Education will meet Monday night. Stick with NJ Pen for updates.