Owner Pal Singh said a masked man showed him a handgun, ordered everyone to the ground, and emptied both registers before fleeing on a bicycle. 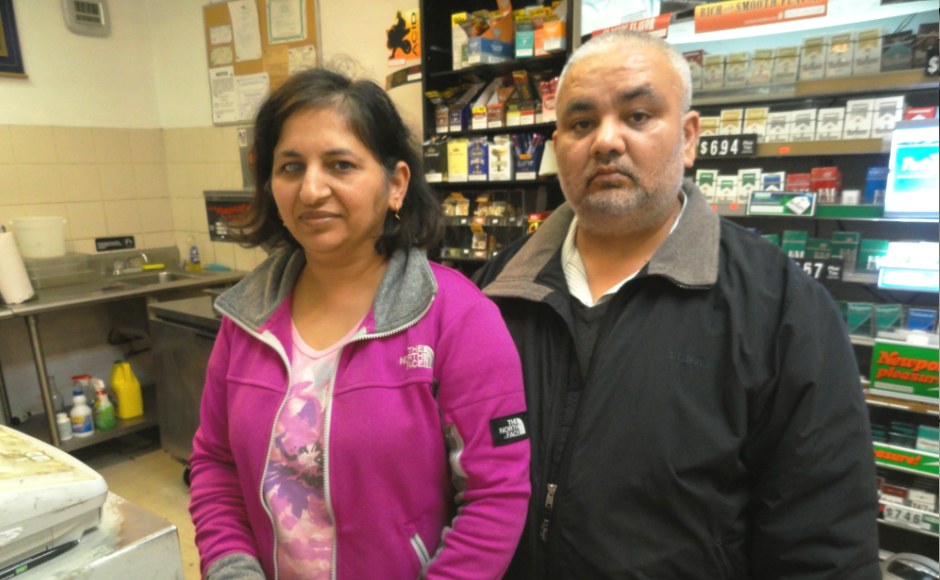 For 16 years, Pal and Seema Singh have operated the Quick Stop deli in relative calm in their Collingswood neighborhood.

Seema Singh called the Collings Avenue convenience store her “second home,” and said she opens the business every morning by herself without incident.

But after a dinner-hour, gunpoint robbery on Monday, Seema Singh is troubled by the feeling that “somebody local” committed the crime.

Pal Mitin Singh said he was about to close up shop on Monday when it happened. Two customers were counting out a cup full of change at the register when a man walked into the shop, approached the lottery display, and pulled down a ski mask, he said.

“He showed me what looked to me like a semi-automatic with a silencer,” Pal Singh said. “He said, ‘Get down, get everybody down.’”

The intruder then allegedly ordered the second cashier to open both registers, emptied them, and walked out, reportedly riding off down Richey Avenue on a bicycle. Collingswood police arrived soon after, Pal Singh said. No one was injured in the incident.

Carey said that detectives do not presently believe that the incident is connected either with a string of reported break-ins on Richey Avenue or with an alleged knifepoint robbery that occurred at the Empress Palace Chinese restaurant across the street a couple weeks ago.

Although she’s troubled by the events of Monday, Seema Singh said the family business has no choice but to carry on while police work the case.