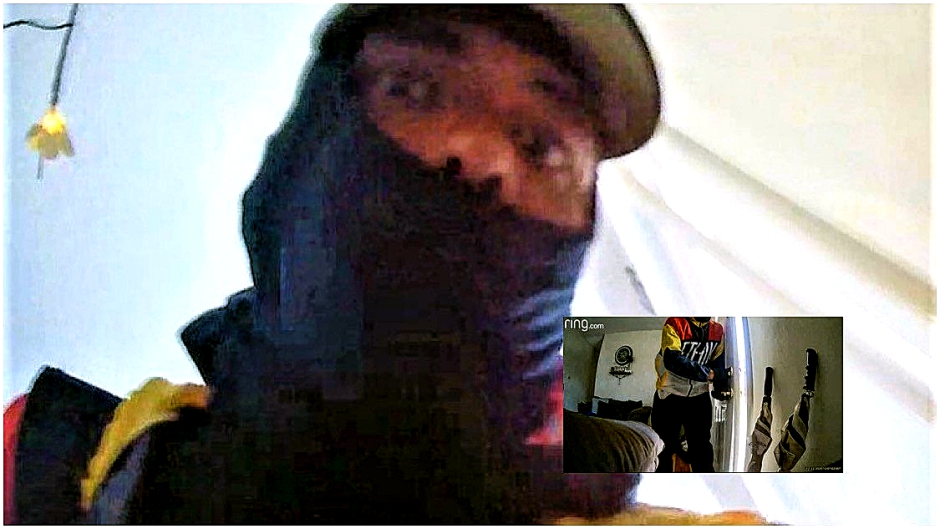 Authorities are asking the public for help identifying a man believed to have burglarized a pair of Collingswood homes February 22.

The first incident was reported just before 11 a.m. Saturday, when a resident returned to her home in the 400 block of Virginia Avenue to find an intruder within.

According to a statement from the Camden County Prosecutor’s Office, the man allegedly told the homeowner to get on the ground before eventually leaving. Surveillance cameras on the property captured photos of the suspect.

Detectives then discovered video of whom they believe to be the same man entering the CVS on the White Horse Pike not long after the burglary on Virginia Avenue.

Then, around 12:30 p.m. Saturday, a man matching the same description was captured on a Ring doorbell camera breaking into a home in the 400 block of Champion Avenue.

Investigators are examining both incidents as linked, but have not determined whether the same suspect is wanted in the Crestmont Terrace home invasion that occurred on Sunday.

Police are seeking any information that could help identify the man seen in these images. Anyone who might be able to identify him is asked to contact CCPO Det. Mike Batista at 856-676-8175 or Collingswood Police Sgt. William Lyons at 609-868-0266. Tips may also be emailed to ccpotips@ccprosecutor.org.