Surveillance photos show people authorities believe may be connected with the incident. Anyone with information is asked to contact police.

Police are looking for suspects in a reported carjacking case that occurred in the 100 block of Route 30 in Collingswood early Saturday morning.

According to a statement from the Camden County Prosecutor’s Office (CCPO), the incident took place a few minutes before 5 a.m. July 6.

Authorities have no information on anyone allegedly involved, saying only that a weapon may have been displayed, and that no one was reported physically injured. 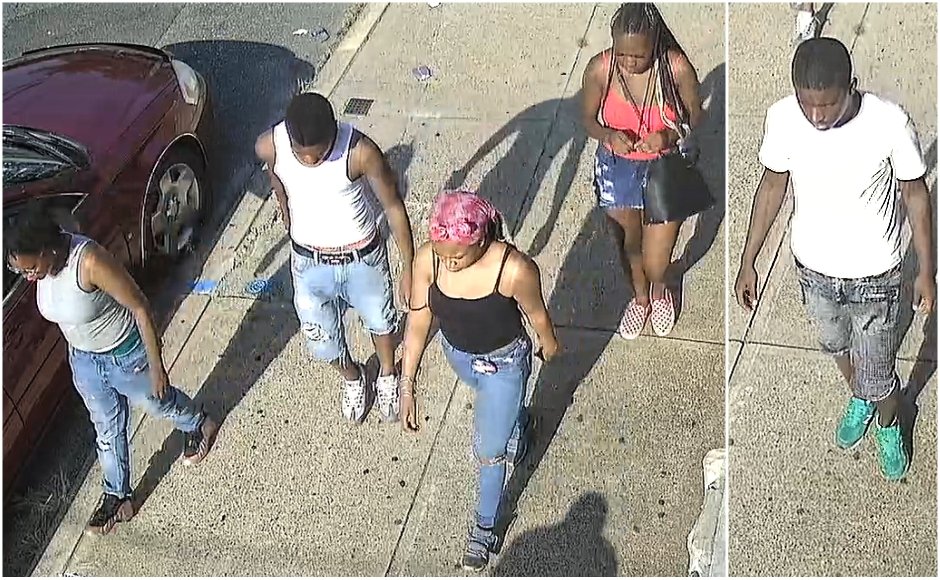 Collingswood Police believe these people may have information about a reported carjacking. Credit: CCPO.

The car in question, a blue, 2013 Toyota Corolla, was recovered Monday morning near the 1100 block of Atlantic Avenue and Rose Street in Camden City.

Surveillance photos of the area show persons wanted for questioning by police in the matter. Anyone recognizing them is asked to contact Collingswood Police Det. Sgt. William Lyons (856-854-2401, x102), the Collingswood Police Department (856 854-1900), or to e-mail WLyons@collingwood.com.