Trending
You are at:Home»Government»Collingswood»Collingswood Residents Hurl Garbage, Racial Slurs at Sanitation Workers Amid Pushback Over Smaller Trash Can Sizes

Collingswood Mayor Jim Maley says the borough has upgraded its contract with vendor, Solterra, to collect the larger cans for a higher premium; about $50 per household per year, on average. 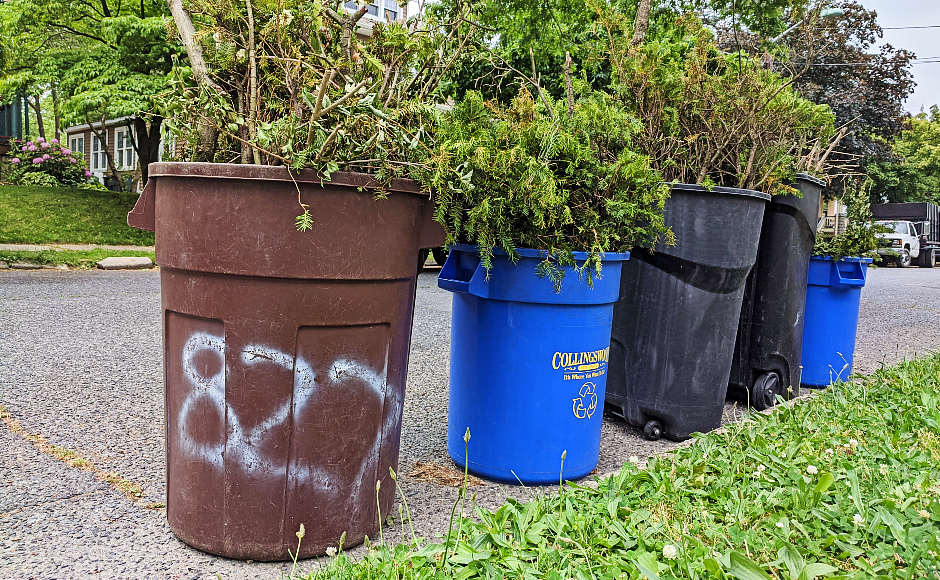 In the past few years, waste collection in Camden County has gone from a reliable service that most take for granted into an expensive, erratic, and dangerous chore.

Starting in the summer of 2019, communities that had signed onto a countywide group deal for recycling removal found residents’ cans rejected at the curb if they were too contaminated with trash, a function of increasing costs and diminishing revenues in the global recycling industry.

Some responded by outfitting their own crews to handle the work, but soon discovered that doing so wasn’t always sustainable. In Collingswood, the municipal government assembled a crew to take its waste hauling in-house from July to October, and then signed a new contract with Solterra Recycling Solutions of Ewing (formerly Central Jersey Waste & Recycling, Inc.) in November.

Among the terms of the deal: Solterra required residents to limit their garbage output to 32-gallon cans so as not to injure its workers, who have become a precious resource in the waste hauling industry. A memo and mailer announcing the change were published at the end of October 2021, with the caveat that “waste in cans larger than 32 gallons may not be picked up starting in 2022.”

Yet resident complaints—about not knowing of the changes, or of having to buy new cans, or of finding their outsized waste bins uncollected at their curb—festered. Last week, it all came to a head, with some dissatisfied residents choosing to direct their outrage at the garbage collectors individually. 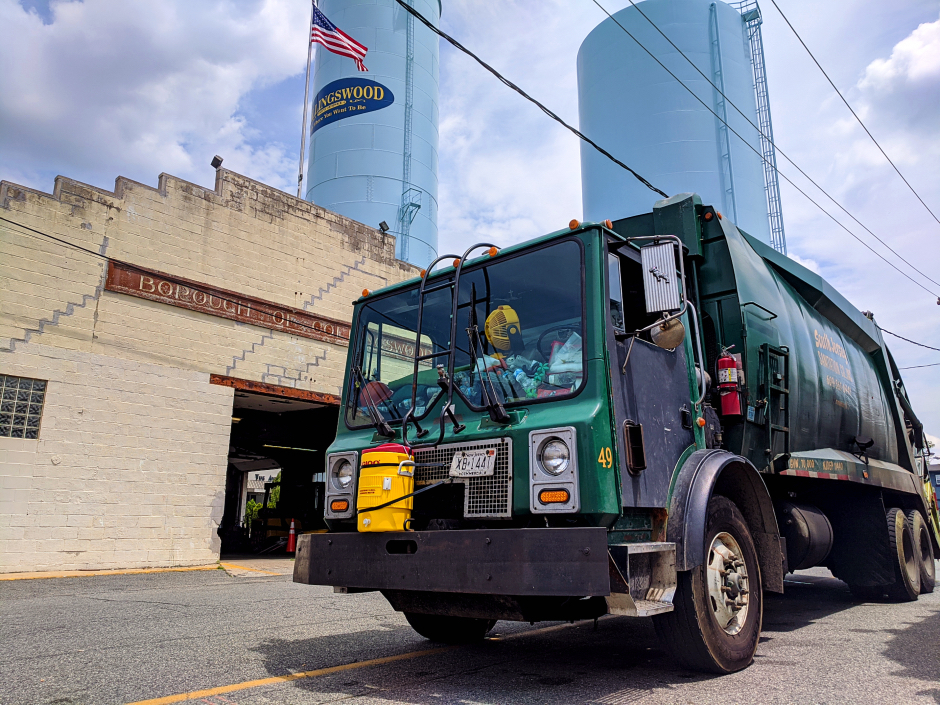 ‘It has not been our proudest moment’

According to Collingswood Mayor Jim Maley, in at least a half-dozen incidents across town, residents threw their uncollected garbage at sanitation workers, or strewed it across the street in protest.

These outbursts were punctuated by vitriol directed at the workers themselves, including racial epithets, the mayor said.

Authorities were called, but no arrests were made, Collingswood Police Chief Kevin Carey said.

Enough incidents were documented, however, that Solterra, worried for the safety of its workers, took up the matter directly with the borough government.

“They were concerned about their guys,” Maley said. “It has not been our proudest moment. We’re embarrassed and upset at how a bunch of people have gotten over this.

“Yell at me all day,” the mayor said. “But don’t get vulgar; don’t make slurs on the people who are just doing their job.”

These are the latest in a series of frustrating events that illustrate the new and continuing difficulties local governments face in trying to deliver an increasingly expensive yet fundamental public service. Collingswood has gotten a crash course in waste management economics in the past eight months.

Last June, its prior contracted provider, Seaside Waste Services of Hammonton, couldn’t muster enough workers to do the job. After days of missed pickups, and failing to bring the vendor into compliance with the terms of their agreement, the borough government tried to extend its expiring contract with Seaside on a month-to-month basis until it could re-bid the work.

When those negotiations fizzled—Seaside reportedly wanted amnesty for its missed pick-ups, Maley has said—Collingswood built its own dedicated trash service over Fourth of July weekend. That crew got the community through the summer while the borough rebid the job, eventually awarding the contract to Solterra.

In the process, officials also learned that they’d be paying a premium for waste hauling, as all bids for the work came in $50,000 higher than their prior contracts had been, Maley said.

The initial borough contract covered just one hauler, and adding another will increase it by another $75,000 to $100,000 annually, to a level Maley described as “the gold standard.” But doing so means residents can use the larger trash cans because there will be two workers to haul them off.

The increase amounts to about $50 per household per year, on average, Maley said. He anticipates being able to knock $180,000 off the annual costs once Collingswood procures a pair of new recycling trucks to manage its recycling services internally (the borough currently rents them). 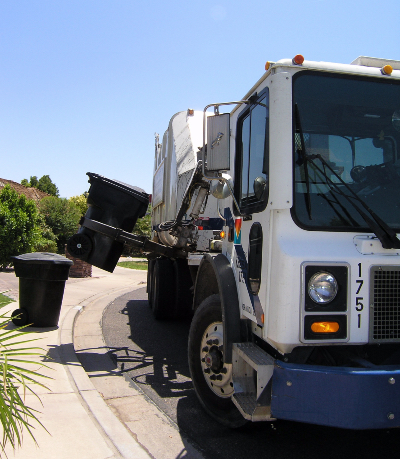 In addition to being “a monster of management,” Maley said running a waste hauling service within the borough public works department has meant hiring twice as many staffers as anticipated because the work is literally back-breaking.

All its crews were injured doing the job, and one person is awaiting back surgery.

“Every one of the people we had working the trash or recycling truck during the summer ended up with a worker’s comp claim,” the mayor said.

“Trash is most injurious because people load up stuff in these cans.”

The high potential for injury on the job was behind Solterra capping the cans it collects at 32 gallons apiece.

Many Collingswood streets are too narrow to facilitate a fully automated garbage truck, but the new service contract will pay for vehicles sporting a semi-automated mechanism with a lever to help workers lift the heavier cans if they’re running solo.

“There won’t be limits on the trash cans,” Maley said. “For those people that have gigantic trash containers, they will be picked up. We’re going to simply pay more.”

The mayor said he believes the borough should do longer-term work to reduce the amount of waste its residents generate—but in the meantime, that waste must be collected, and until then, Collingswood will pay a premium for that service.

“We’re in a post-pandemic change in the industry that is costing us dearly, and will require some change on everyone’s part,” he said.