Trending
You are at:Home»Business»Collingswood to Welcome Secret Origins Comics & More

After two years in Barrington, an up-and-coming comic book shop relocates to Collingswood. 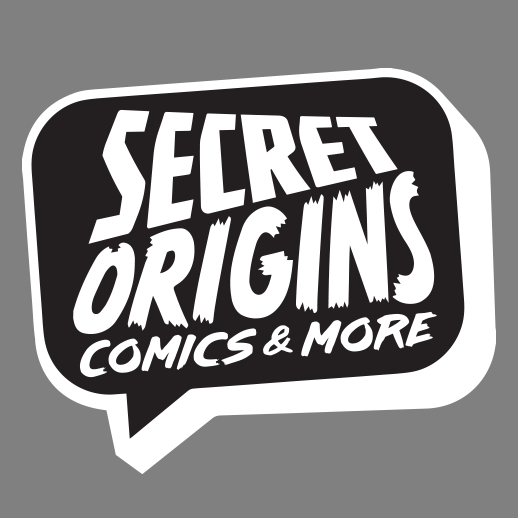 Riddle Me This, the last comic store to operate in Collingswood, shut its Haddon Avenue doors decades ago.

If everything goes according to plan, the next one will open this week.

Now the couple is relocating their business into the former Skyscape Vapes shop at 554 Haddon Avenue in Collingswood.

Haas officially entered the comics retail market only a few years ago, selling some of his own collectibles as a side hustle. When that business started turning more profit than his work as a freelance photographer, Powell sniffed out a storefront on Clements Bridge Road, and the two established a brick-and-mortar home for Secret Origins.

The shop’s name is both a nod to superhero tropes and a statement of intention. There’s an origin story behind every reader’s discovery of comics, and learning where people came from helps Haas and Powell understand what they might enjoy next.

“I like hearing stories about where people got their first books, Haas said. “My dad learned to read from comics as a kid. It was always a part of our DNA. Where does it come from, and how can we continue with the next generation?”

Haas’ own experiences as a young reader affected his plans for Secret Origins, too. He’d often hear comic store owners tell his dad things like, “Keep your kid on a leash” when he tagged along to pick up new books. Such shops, which were historically inhospitable to kids and women, became nicknamed “Dungeon stores,”  after The Android’s Dungeon comic store on The Simpsons. 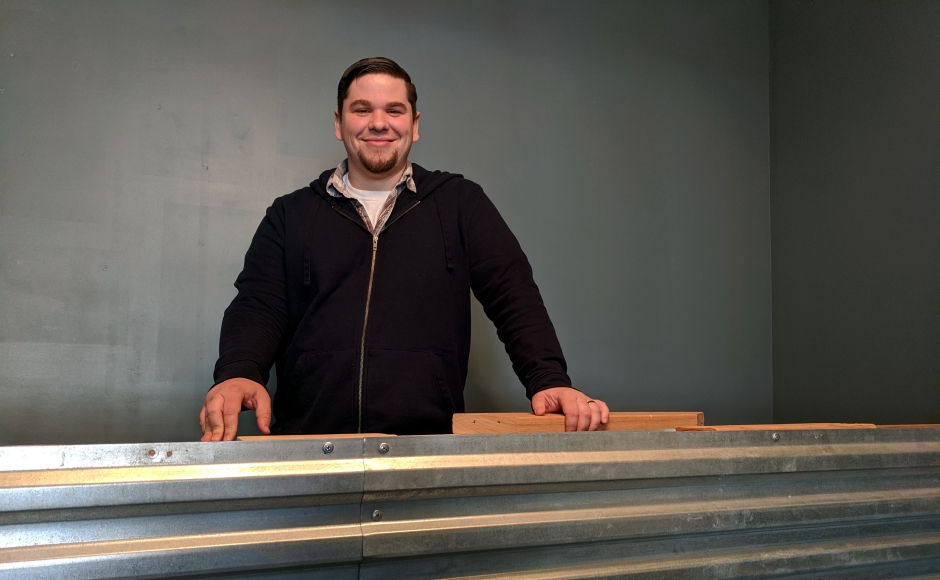 “We want to make sure that everybody feels welcome,” Haas said.

“I never Comic-Book-Guy them, because that happened to me as a kid,” he said.

Haas decided that Secret Origins would distinguish itself from the comic shops of his youth “by being friendly, clean, well-lit,” and well stocked with a variety of inventory.

“Generally, it’s about just making people feel that, no matter what interest level or how advanced they are in reading, there’s a place for them,” he said.

“It’s making people feel like they’re part of a community.”

For the past seven years, Haas and Powell have celebrated that community with Camden Comic Con, a free, all-ages event that they coordinate in partnership with Rutgers University. Their big-tent approach to fandom makes sense in a market that’s winning the bulk of its new business among minority and female customers, as well as those brought in by characters they’ve seen in movies or television first.

“I treat everybody like they’re my favorite customer,” Haas said. “If they don’t feel like they’re part of the community, you’re going to lose them.”

Secret Origins offers single-issue comics, collected editions, and graphic novels, toys, collectibles, and tabletop games. The shop carries major titles from publishers like DC, Marvel, Image, Boom and IDW, with selections appropriate for younger readers mixed in. Customers who order five or more titles per month can get 10 percent off whenever they shop. 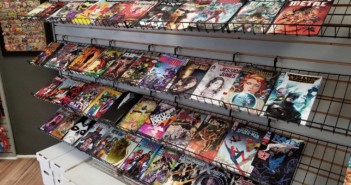 Haas buys and trades with shoppers; he also offers packaged, single-issue comic sets for readers who want an entire storyline.

There are low-cost books for introductory readers and higher-value single items for collectors.

“We try to hit all the possible audiences we can have,” Haas said.

“We’re the lab for these ideas.”

Secret Origins Comics and More is located at 554 Haddon Avenue in Collingswood. The shop is open from noon to 7 p.m. Wednesday through Friday, and from noon to 6 p.m. Saturday and Sunday. For more information, call 856-448-5496, or send an e-mail.