Trending
You are at:Home»Government»Collingswood»Collingswood Tries out New-Look Traffic Improvements with ‘All Aboard Atlantic’ Ave Project

From August 14 through September 3, the roadway will feature a number of innovative traffic elements designed to elicit feedback for cyclist and pedestrian safety. 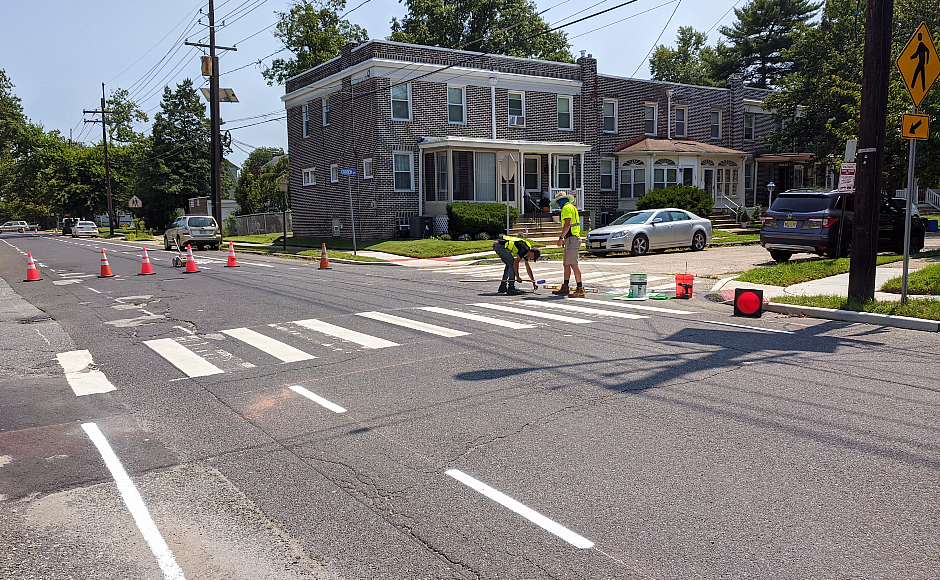 For the next two weeks, travelers along Atlantic Avenue in Collingswood will encounter some novel changes to the roadway, as the borough rolls out a traffic demonstration project intended to improve bicyclist and pedestrian safety.

Branded as “All Aboard Atlantic,” the project is a pop-up study that will test results generated by the Connect 2020 Bike and Pedestrian Master Plan.

Connect 2020 project coordinator Sandi Kelly said the demonstration project “is meant to be tested” so that it can generate user feedback and data points with which to inform future improvements. That process will include intercept surveys during high-traffic times, an online questionnaire, and traffic counts.

“Then we’ll work with the traffic planners and engineers to analyze that data to see what worked and what didn’t, and get suggestions for better ideas,” Kelly said.

“The goal is to get other people thinking about other modes of transportation besides cars,” she said. “How can we make the roadway safer for everyone? Not everyone drives or chooses to drive; it’s about equity as well.” 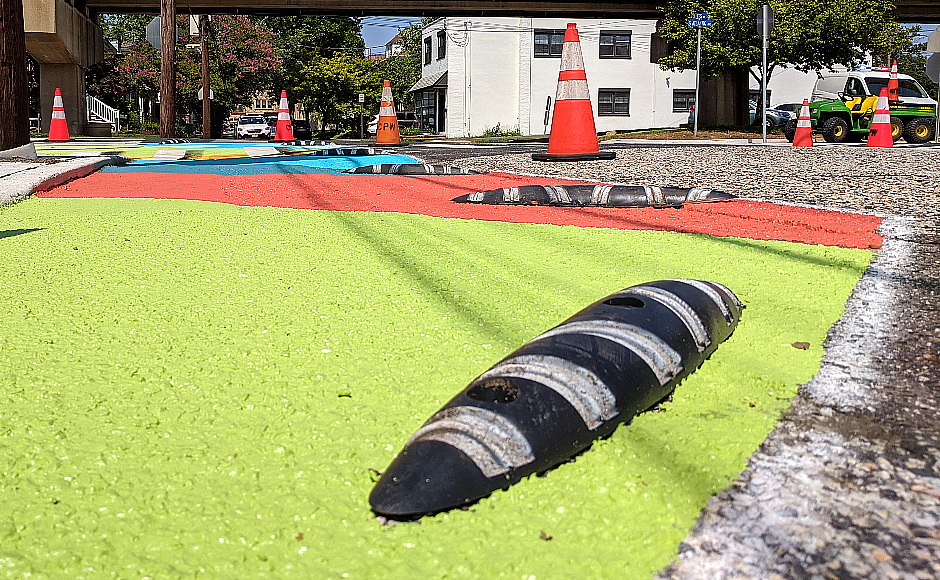 Raised pavement markers known as “armadillos,” in a painted bump-out at Lees and Atlantic Avenues in Collingswood. Credit: Matt Skoufalos.

What’s in the project?

Raised pavement markers, nicknamed “armadillos,” may be driven over without damaging a car.

They create visual separation from the roadway while reminding drivers that the area in which they’re contained is a place they’re not supposed to drive.

Advisory bike lanes are used on roads that are too narrow to accommodate a traditional bike lane.

Cyclists and pedestrians hold the right of way in the edge lanes, which are marked by dotted instead of solid lines, and cars in both directions are given priority in the center of the roadway.

Drivers are able to use the edge lanes to pass, but must yield to pedestrians and cyclists there. other vehicles can use the same roadway space if it’s clear. Commonly found in Europe, these lanes allow flexibility for drivers, cyclists, and pedestrians to share the roadway.

Flexible delineator posts, the name given to the orange pylons installed at the corners of Collings and Atlantic Avenues and Park Avenue and Lakeview Drive, create a temporary bump-out that protects pedestrians. They help narrow the traffic lanes, slow motorists, and draw more attention to the corners where pedestrians are crossing.

Traffic delineators at the corners of Collings and Atlantic in Collingswood. Credit: Matt Skoufalos.

The project also includes repainted crosswalks and painted bicycle crossings that are intended to help catch the attention of drivers.

New signage also will be added to the demonstration area to help explain the project and how to use the new roadway elements.

“A big part of this project is testing the design and engaging people, getting them to talk and think differently about sharing the road,” Kelly said.

“If we just put white paint and delineators up, a lot of people may not have noticed it was happening.”

“All Aboard Atlantic” leverages some of the innate design strengths of the community—density, walkability, and multi-modal transportation—along with resident enthusiasm for novel projects and transit equity, Collingswood Commissioner Rob Lewandowski said.

“Communities are constantly evolving,” Lewandowski said. “Part of my job is to consider how we live, and what’s going right, and maybe what issues we need to address.

“Out of that comes observation, and discussions, and a bike and pedestrian master plan that’s done over the course of a year-and-a-half with numerous opportunities for community members to provide input,” he said.

“We were able to put together a comprehensive plan working with transportation planners who could take that input and make something out of it. It’s a low-cost chance to test out the ideas that you have and get information, and figure out, are we doing it right?” 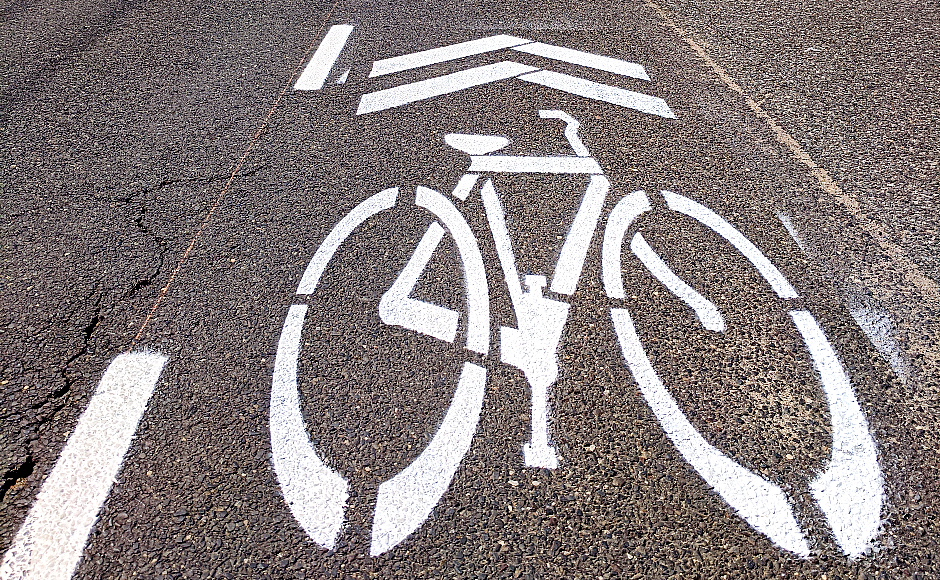 The temporary nature of the project means the work invested in it can yield meaningful user information without the hefty capital outlay that traffic projects typically require.

Lewandowski sees it as a useful, incremental step to spur public awareness about roadway safety and use as well.

“You can’t get to a more inviting and more efficient and safer public transportation system from scratch,” he said.

“We’re looking for good information that leads to good policy.”

“The most requested priority routes mentioned in our surveys were Maple and Atlantic Avenue,” Robbins said. “If you are looking to balance all these modes of travel—parking, walking, biking, driving—an option would be that we turn it into a street where you have to yield to oncoming traffic.

“This became a perfect opportunity to test this idea,” he said. “It leans on a concept that is very common in Collingswood, which is the yield street: two-way traffic with parking on both sides, but which is no way wide enough to accommodate that all at once. You have to yield to oncoming traffic.”

Robbins, who pitched in with the roadway bump-out painting, said he was encouraged by early returns on the project, and hopes that “people actually go out and try it.” The data generated by the project will help to inform future policies and roadway improvements.

“This is the time,’ he said. “This is it. We’re putting it into physical form, and asking you to actually try it, test it out. This is something, for better or for worse, that often carries more weight with commissioners, the county, funders, to look at the feedback.”

For more information about the project, visit the Connect 2020 website.