In a borough famous for its proliferation of Italian cuisine, cousins Carlos and Kiko Cervantes will introduce diners to their family’s signature South American recipes. 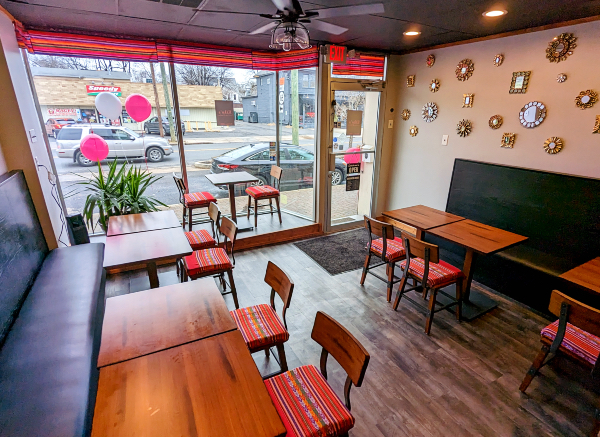 After 20 years working in automotive maintenance, Carlos Cervantes of Willingboro is seizing the opportunity to recapture a childhood dream.

Cervantes, a mechanic who supervises bus repairs at the NJ Transit Newton Avenue garage in Camden City, has always wanted to own a restaurant, ever since he joined his mother and grandmother in the kitchen as a child.

At the behest of his father, who told him to secure his future by learning a skilled trade, Cervantes entered the automotive industry.

But when he saw his former vo-tech high-school classmate, Kevin Sbraga, win Season Seven of Bravo’s Top Chef, Carlos started to wonder what might have been had he stuck with culinary arts.

In the past few years, when Carlos and his cousin, Kiko Cervantes, a trained chef, started cooking together for family parties, the positive feedback they received rekindled Carlos’ love of the kitchen.

They started looking for a restaurant space, and found one in the former Empress Palace on Collings Avenue in Collingswood. The cousins transformed it into Kiko’s Peruvian Kitchen, and built a menu around some of their family’s staple recipes.

The history of Peruvian food is tied to its colonial past, with influences from Spanish, Chinese, Italian, and German cuisines, as well as the varied topography of a nation that features coastal, rainforest, mountain, and desert regions.

“The people that immigrated there looking for gold brought the limes and red onion; and out of Peru came the potato,” Carlos said. “Peruvian cooking gets the best of every country, and then they do it with Peruvian produce and products.”

A key feature on the menu is pollo a la brassa, or rotisserie chicken, which took off in Peru in the 1950s thanks to Swiss natives Roger Schuler and Franz Ulrich, who pioneered both all-you-can-eat rotisserie chicken and the six-spit rotisserie that allowed the birds to be cooked in bulk. 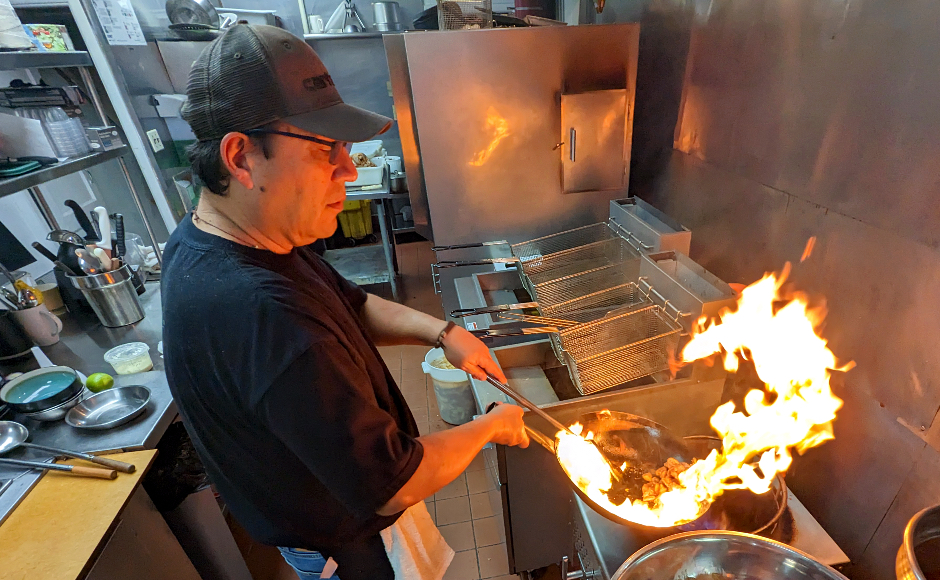 Another staple ingredient in Peruvian cooking is corvina, a tropical, Pacific Ocean fish that stars in ceviche dishes at Kiko’s.

Cured with lime juice and leche de tigre, or “tiger’s milk,” the firm, large-flaked fish soaks up flavor from a stock made with celery and aji amarillo or aji limo hot chilies.

These form the bases of several different hot sauces: those made from ajis amarillo and limo, as well as rocoto, a red pepper, and huacatay, an herb commonly known as black mint.

Rounding out the menu are party pleasers like causa, a mini potato casserole filled with chicken salad, and frejoles con seco, a dish comprising canary beans topped with cilantro beef stew. There are also several chaufa, or fried rice dishes, inspired by the influx of Chinese immigrants to the nation in the 19th and 20th centuries.

To the Cervantes cousins, the flavors all combine to present a dining experience as distinct and varied as the ingredients featured in their dishes.

“I want to introduce Peruvian food to South Jersey,” Carlos said. “I want people to know how Peruvian food is done when it’s well-made, and just enjoy the food.

“I’m excited for everybody to try it,” he said.