A trio of  middle-schoolers will enjoy a year of free lessons at Collingswood Music. There was enough left over to give Community Rocks of Oaklyn $500, eight guitars, and a PA.

Back in March, Collingswood resident Kevin Monko was hustling to corral 20-some-odd local acts for a fundraiser he called the Beatles/Stones Invitational.

The idea was simple: a variety of musicians performing two songs, one from each of the respective catalogues of the bands in question. Proceeds would benefit schoolchildren who needed extra help covering the cost of music lessons.

Monko wasn’t sure how the concept would be received. But throughout the six-hour show, as person after person packed the floor at Collingswood Music, each one tucking a $10 bill into the basket at the door, he found himself grinning like a kid and marveling at the turnout. 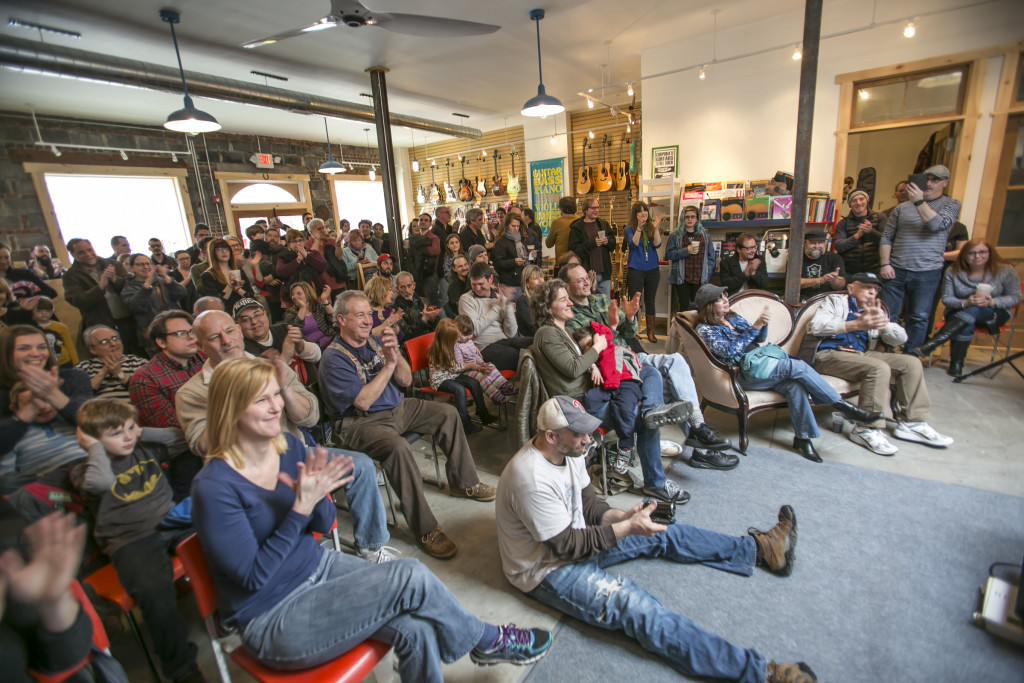 “I think people, as they came in, were probably surprised to be part of such a large group,” Monko said. “I don’t know that anybody thought it was going to be so crowded.

“It was a great energy, and I think people were proud to be part of the music,” he said. “There were three-year-olds dancing, and 70-year-olds stomping their feet. It really was a mixed crowd.”

By the end of the evening, the organizers had collected $3,000, eight donated guitars, and a small PA system.

Of that, $2,500 was enough to buy three Collingswood schoolchildren a year’s worth of lessons at Collingswood Music, with the store contributing the cost of lessons beyond instructors’ wages. Monko and Collingswood Music owner Ted Velykis donated the remaining $500 and the instruments to Community Rocks, the Oaklyn nonprofit operated by BreastFest organizer Sara O’Brien.

“None of us had any idea of how successful it would be,” Velykis said. “I’m thrilled. 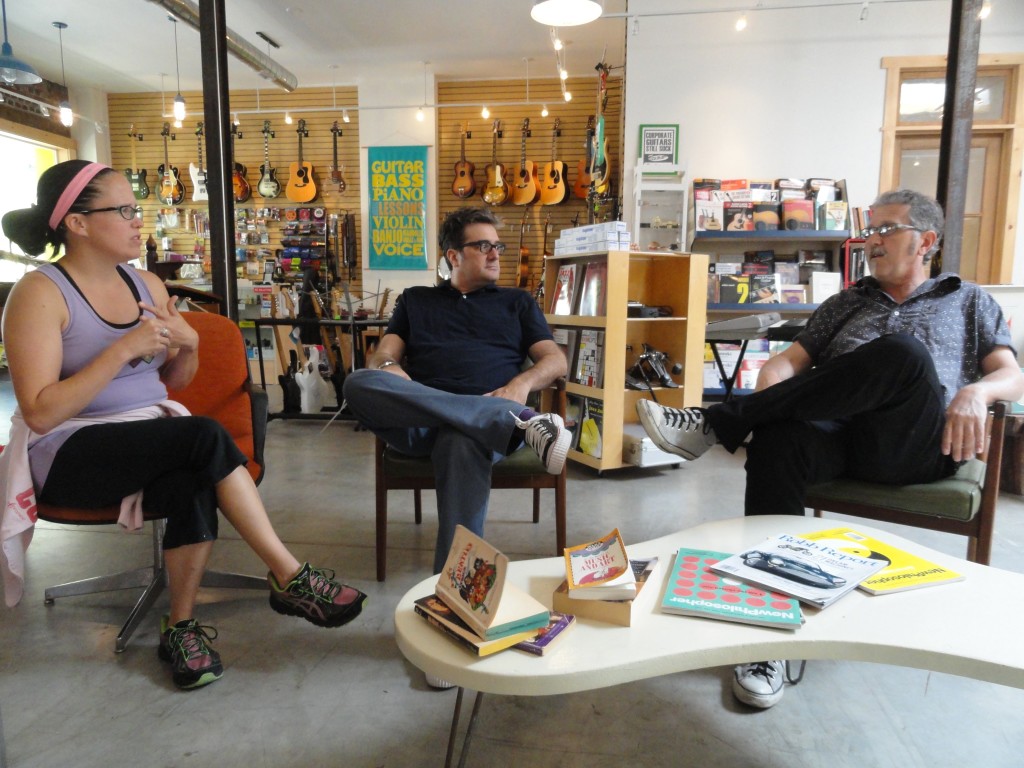 For O’Brien, the donation will allow Community Rocks to continue its inroads with needy children in impoverished areas.

She said the guitars have already been a hit with kids in the CASTLE program operated by Virtua Camden, and hopes they’ll see more hands in the future.

“We’re hoping to continue to do this a few times throughout the year and serve more kids,” O’Brien said.

“[It’s] therapeutic to have lessons with children whether you’re having music or therapy,” she said. “It would be nice to continue to collaborate with those guys to serve more kids.”

For Velykis, the show was an opportunity to help kids whose involvement in music class is sometimes limited by budgetary cutbacks or scheduling conflicts with other electives in school.

“That’s what it’s all about,” he said: “getting kids to learn music.” 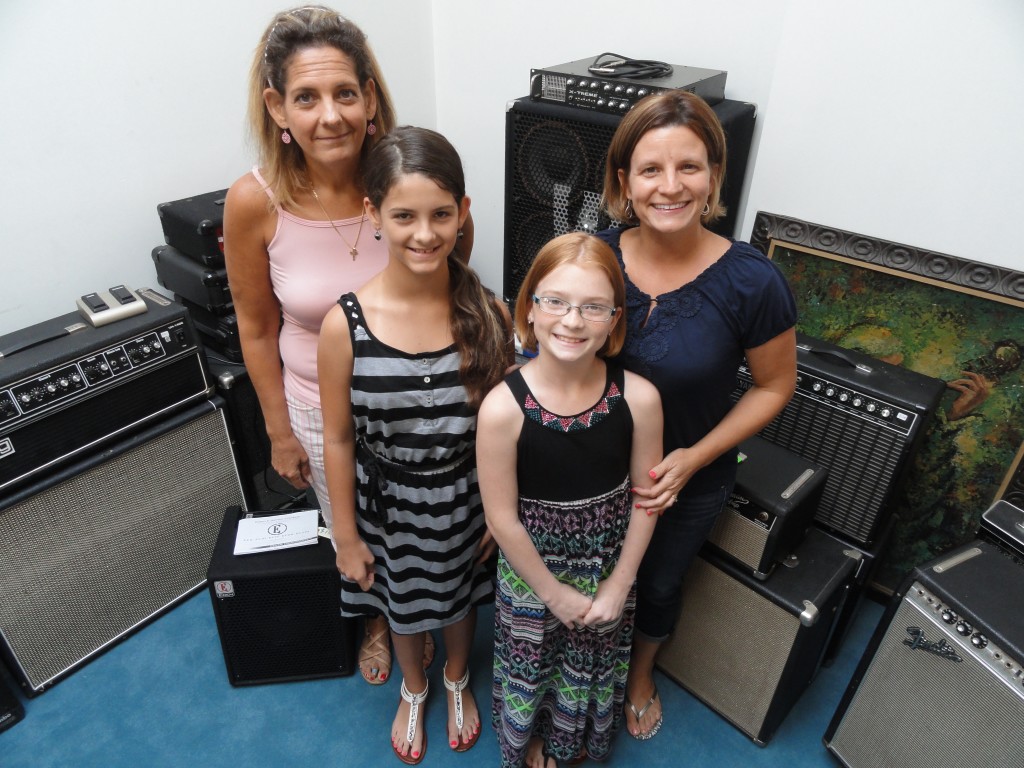 With the help of music teachers in the Collingswood public schools, organizers identified three children who will benefit from the success of the show: 11-year-olds Kayla Cox, Delaney Purdy, and Victoria Stone.

“The trick was to try to identify somebody who, through the music teachers in the schools, did show some promise and some dedication,” Monko said.

“It took a while to get the feedback, but when I met with the teachers, they thought it was awesome.”

Kayla’s mother, Shannon Cox, said she had been looking into voice lessons for her daughter, a student of voice and violin, a week before she got the news.

Kayla, who participates in Collingswood Youth Theater, has taken to the stage “like a moth to a flame,” Shannon Cox said. The extra instruction will make a difference when she’s lining up her next auditions.

“It really helped us because we were trying to figure out something for voice lessons,” Shannon Cox said. “She wants to rock that audition.” 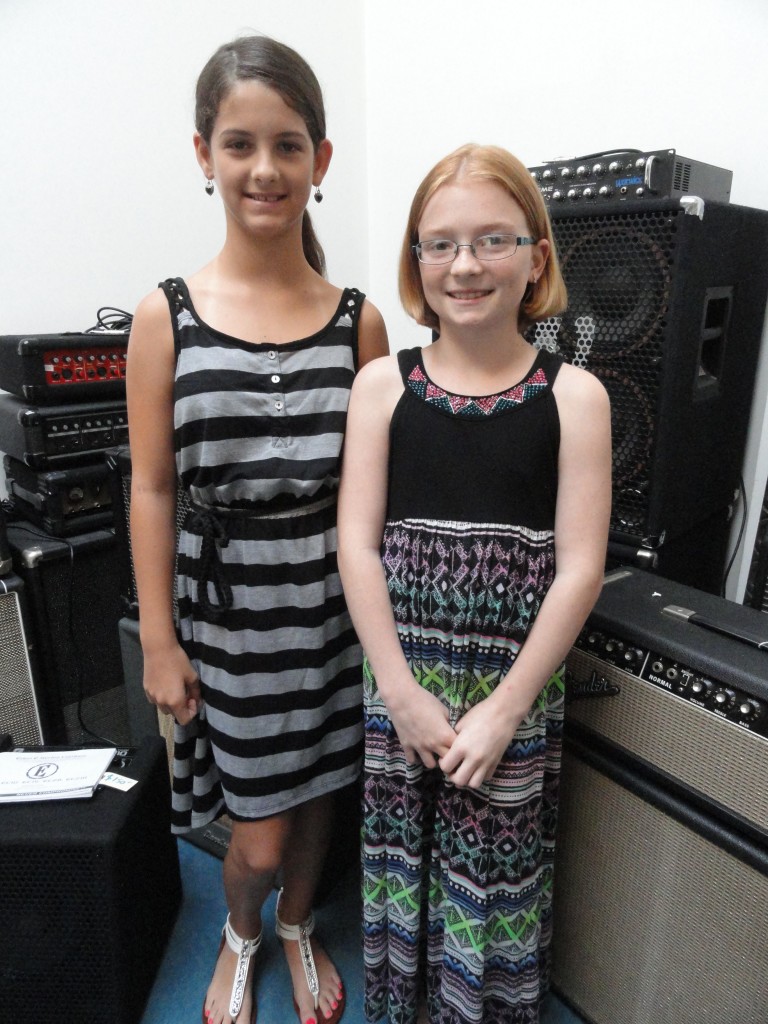 Kayla said she was outside her school after violin practice when Collingswood Supervisor of Arts, Business, and Technology Joseph Gurcsik broke the news to her.

“I was very excited about that,” Kayla said.

For Victoria Stone, the news came just as she was deciding which music class to take in her upcoming year.

Because of the way electives are scheduled at Collingswood Middle School, Victoria, who’s been studying violin, was forced to choose between playing in the orchestra or singing in the chorus.

“I was excited because at school I wasn’t able to continue violin,” she said. “I really enjoy violin. I like the way it sounds. It’s a good hobby.”

“She practices without any coaxing,” said Ro Stone, Victoria’s mother.

Perhaps that’s also because a penchant for strings runs in the family. Ro’s paternal great-grandfather was Merrick Valinote, an Oaklyn resident who led the orchestra at the Trocadero in Philadelphia until his death in 1976.

“I think it is a very good opportunity,” Ro Stone said. “We want to be involved in the next fundraiser so we can pay it forward.”

As far as the next one goes, Monko said it’ll be hard to wait until next year “because it was so much fun,” but he’s got no concerns about the depth of the bill.

Velykis agreed. “It’s just a bunch of good musicians having fun,” he said.