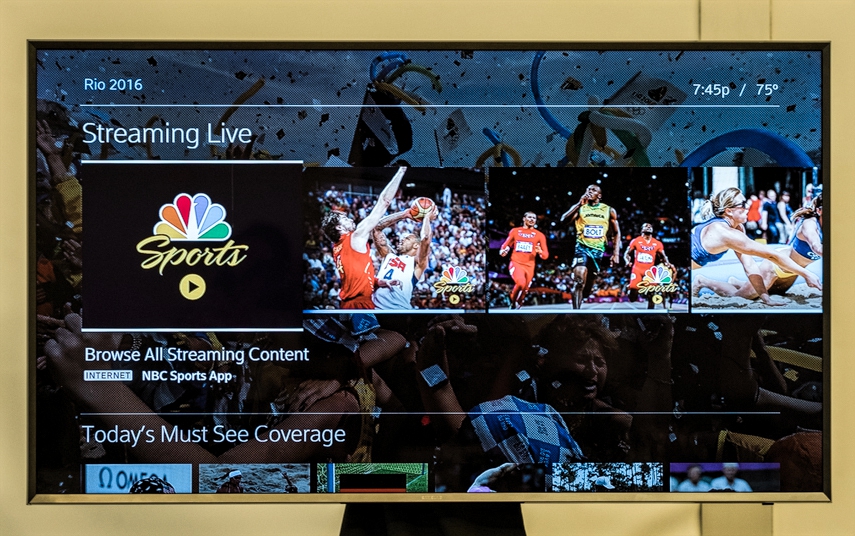 For 17 days in August, the eyes of the world will be on Rio for the 2016 Summer Olympics.

And for the first time in the history of broadcasting those games, media megalith Comcast-NBC-Universal will debut technology that will give Comcast cable subscribers “unprecedented” control over some 6,800 hours of content, Chairman and CEO Brian Roberts said Wednesday.

“We are trying to build and change the way people consume entertainment, news, and information,” Roberts said—and with technology developed at its Philadelphia headquarters.

Roberts considers the Olympics to be “a laboratory” for the company in a changing media landscape, and pointed out the differences between the Rio games, which is one hour ahead of Eastern Standard Time (EST), and the 1996 games in Atlanta, the most recent Olympics to be broadcast in EST. At that time, NBC dedicated its flagship network and 176 hours of programming to covering the summer games.

In contrast, the 2016 Rio games will encompass nearly 6,800 hours of content across 11 live networks and more than 40 live streams. To consume all that content would take 250 days of continuous viewing, the equivalent of watching every regular-season NFL game since 2008, Roberts said. Comcast will integrate it all within its X1 cloud-based, on-demand service. 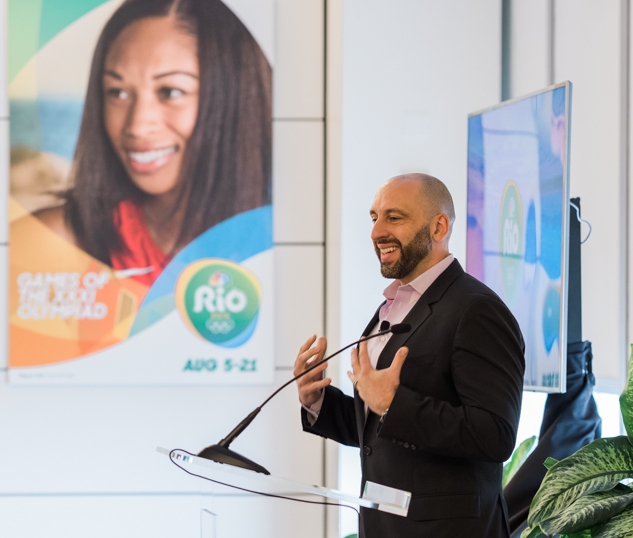 Between 40 and 50 percent of Comcast customers have an X1 cable box, up from the 2 percent that had access to the service during the winter games in Sochi.

The X1 system includes a voice-activated remote that allows viewers to search out content by event, athlete, featured nation, or any of 7 million voice commands in both English and Spanish.

Every competition will be streamed live, and, for the first time in the history of the company, will be integrated with broadcast television.

Within the X1 system, a dedicated “Rio 2016” tab allows users to browse Olympic events, build “favorite” lists of athletes, and integrate multiple sources of related videos about them, from prior competitions to press conferences to YouTube videos.

A “Gold Zone” tab features highlights from medal rounds, and voice-activated queries like, “How is the USA doing?” brings up a medal count screen; saying “watch [a network name]” switches to a live broadcast of any given channel without knowing the numbers. Roberts promised the system “will evolve into more capabilities to search and discover content.

“As you get into machine learning, we’ll go deeper and deeper, and see what users like. Some will demo well and some will play well; we’ll learn the difference.”

Chris Satchell, Comcast Executive Vice President and Chief Content Officer, said the objective of X1 programmers was “to make this the most personal Olympics we’ve ever done.” By the start of the games, it will be programmed with 300 profiles on the top Olympic athletes, 1,500 unique voice commands, intelligent data systems, and medal counts.

On such a complicated service, advertising varies among video ads, sponsorships, and traditional commercials, which Roberts said will be adjusted in real time for on-demand customers. With such a variety of opportunities, it’s little surprise that Comcast said its inventory is already 100 percent sold, he said.

In a timeshifted, on-demand world, “live TV is the best place to aggregate audience,” Roberts said. “There’s nothing like the Olympics. We believe that advertisers know that and see that.”

Customers who don’t have Comcast will still have access to NBC Sports coverage online through the NBC Sports app, television channels, and Internet streaming services. 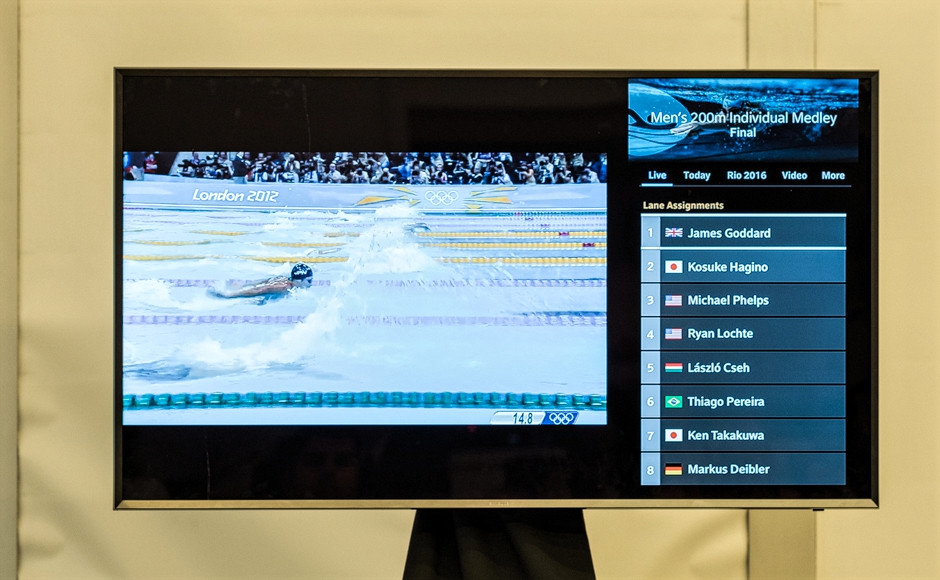 The X1 platform, however, could also be used to broaden the coverage the company offers in the future, Roberts said, possibly showing every game of the NCAA March Madness tournament, every hole of a golf tournament, or expanded content for animated movies.

“You leave that up to the content creator to take advantage of this ever-evolving platform,” he said.

Whatever the future holds, Roberts said broadcasting the Olympics “has become the stellar moment for the entire company.

“It’s an awesome honor and responsibility to get it right, and it’s a moment of pride,” he said.