As his department comes closer to adding new hires, Chief Bud Monaghan wants officer candidates to understand the importance of community relationships to policing in the township. 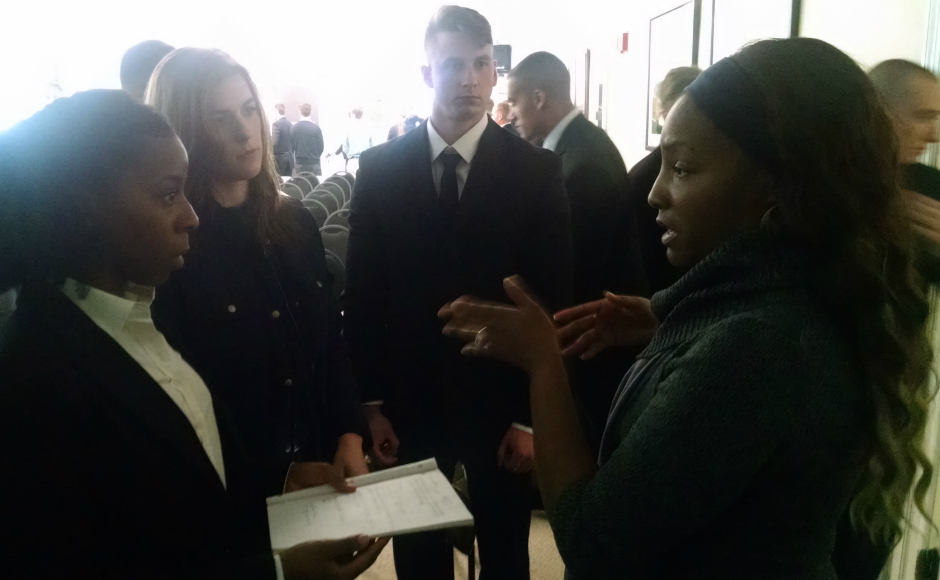 When the Cherry Hill Police Department began its latest candidate search, an extensive process marked by months of outreach, nearly 2,500 application packets were distributed to potential officers in various demographic segments of the region.

Of those, only 1,200 returned the applications in time to register for the written examination, and only 800 sat for the test. The exam culled those to 172, and a fitness evaluation further reduced the pool to 156 candidates.

As scored by written exams and oral interviews, the top 50 will undergo background investigations, psychological and medical evaluations, and drug screenings. Those who pass will earn sustained offers of employment, and finally, invitations to join police academy classes as early as summer 2016.

The entire process should establish a list from about which 20 to 25 officers may eventually be hired in Cherry Hill. The department only has three open positions, and forecasts another seven retirements in its current fiscal year.

Yet as extensive as the selection process is, it’s incomplete without a sense of the role of an officer within the larger community, said Cherry Hill Chief Bud Monaghan. On Sunday, Monaghan, who has for the first time in the history of the department invited public observation of every step of its hiring process, hosted a voluntary briefing for officer candidates.

In addition to outlining the remaining steps of the selection process, the academy curriculum, and the job expectations, he also invited key stakeholders of the community to address recruits. The objective of the meeting, he said, is to ensure that candidates understand the value the department places on its relationships with the public. 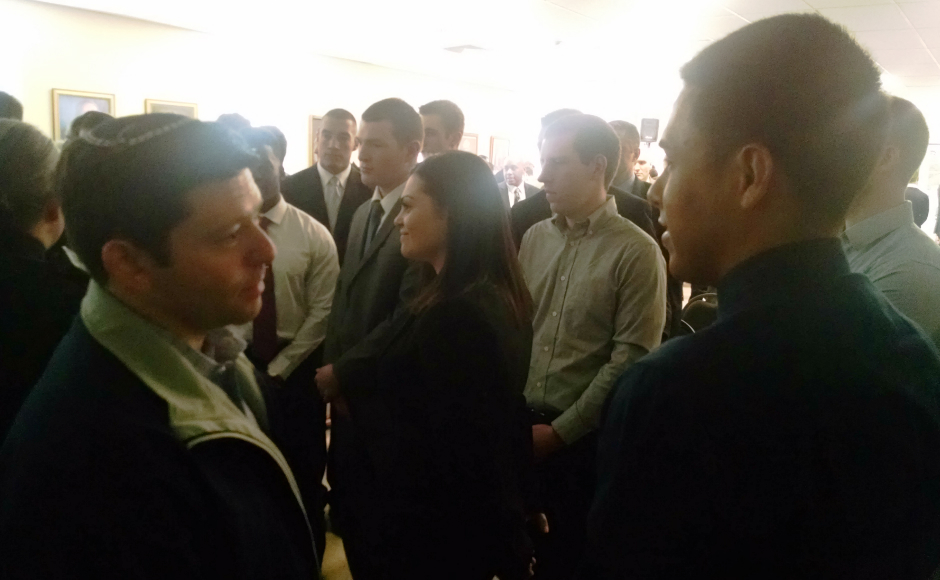 “You have to make a decision when you encounter people,” he said. “It’s important to get your hand out and your arms open before you get your back up.”

Rabbi Larry Sernovitz, a Cherry Hill police chaplain, described how strong community relationships stave off brutalizing events like those of Ferguson or Baltimore. He urged prospective officers to form connections with township residents not only to better understand their circumstances, but as a matter of survival.

Beyond upholding a strict public persona, officers often must compartmentalize the tragedies they encounter in order to keep their home lives stable. Connection to the community is one of the lifelines that can help insulate law enforcement from those emotional hardships, the rabbi said.

“When you talk to somebody, they’re not going to tell you what’s on their minds right away unless they trust you, and that’s how relationships are built,” Sernovitz said. “First comes love, and then we understand what’s going on.

“You’re in a good place, and if you work hard, love people, and build relationships, you can build a good career here,” he said. 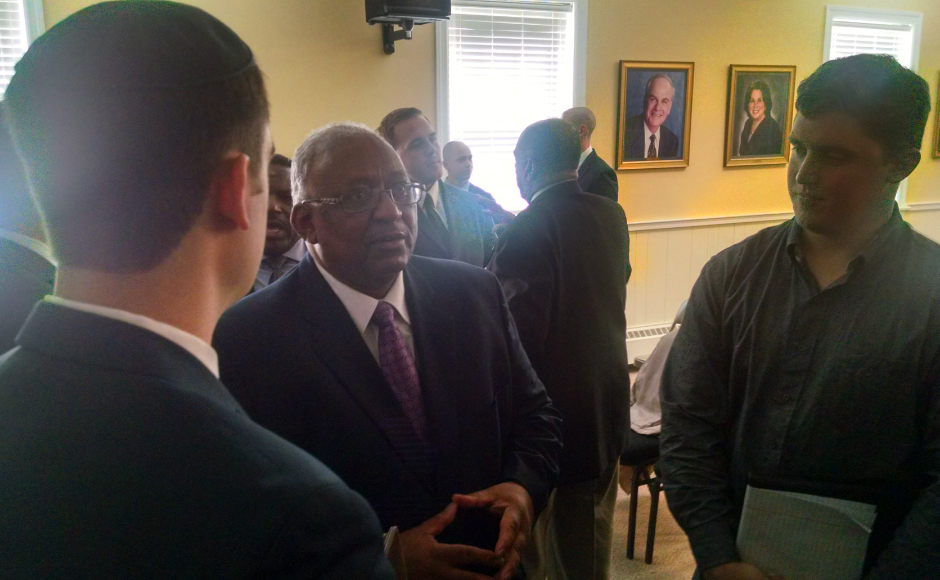 Cherry Hill Fire Commissioner Bill McCargo, himself a retired Cherry Hill officer, talked about the importance of the department’s social training in preparing him for the job.

Relating an anecdote in which that training had saved him, McCargo underscored how police work isn’t grounded in the “badge and the hat and the gun,” but in an ability to understand and connect with people.

In his third year of duty, McCargo described a 2 a.m. call in which he was asked to assist a disabled vehicle. As he approached the car, he noticed Alabama plates and young children in the back seat.

The first words out of the driver’s mouth were, “I didn’t know they let niggers on the police department around here. We don’t allow it where I come from.”

McCargo took a deep breath, shook the man’s hand, and opted instead to talk to the woman in the passenger seat. He got permission to drive the family to their nearby hotel and got their car towed. As he was leaving, the driver approached him and said, remorsefully, “I will never use that word again.”

“If I’d overreacted and arrested the guy, what would these kids see?” McCargo said. “I’m attacking their daddy. Now I’ve got a lot to explain.

“You never know what you’re faced with,” he said. “The Cherry Hill Police Department had prepared me to be successful.”

Cherry Hill resident Jim Peeler described the differences between present-day Cherry Hill and the community that, for many minorities, was nicknamed “Hill Cherry” because “it was a hill to climb getting to that cherry,” he said.

“Back then, the police were not on the side of minorities,” Peeler said. “If you were white, you were all right. If you were brown, sit down. If you were black, stay back.

“Back then they had a [hiring]examination called, ‘Who do you know?’ ‘Who are you related to?’” Peeler said.

One the lowest moments in the history of the department was its accidental arrest of a pair of undercover Camden detectives simply because they were minorities, Peeler said. In contrast, he said, the transparency of the process Cherry Hill police are implementing demonstrates how much times have changed.

“In the 37 municipalities, I don’t think they have anything like this,” Peeler said. “There was a time when we didn’t have any minorities at all.”

Monaghan said that the evolution of the department is contingent upon constant self-evaluation and adherence to a self-imposed standard.

“We expect you to carry yourself a certain way,” the chief told the room. “It’s important. You’re not even hired yet, and we’re stressing it to you now. It’s a different way to police than it was in 1992, 1960.