Trending
You are at:Home»Business»Constellation Collective Coming to Haddon Avenue

The Factory’s from-scratch bakers will pull up stakes and head into the former My Little Kupkake storefront in Collingswood in early October. 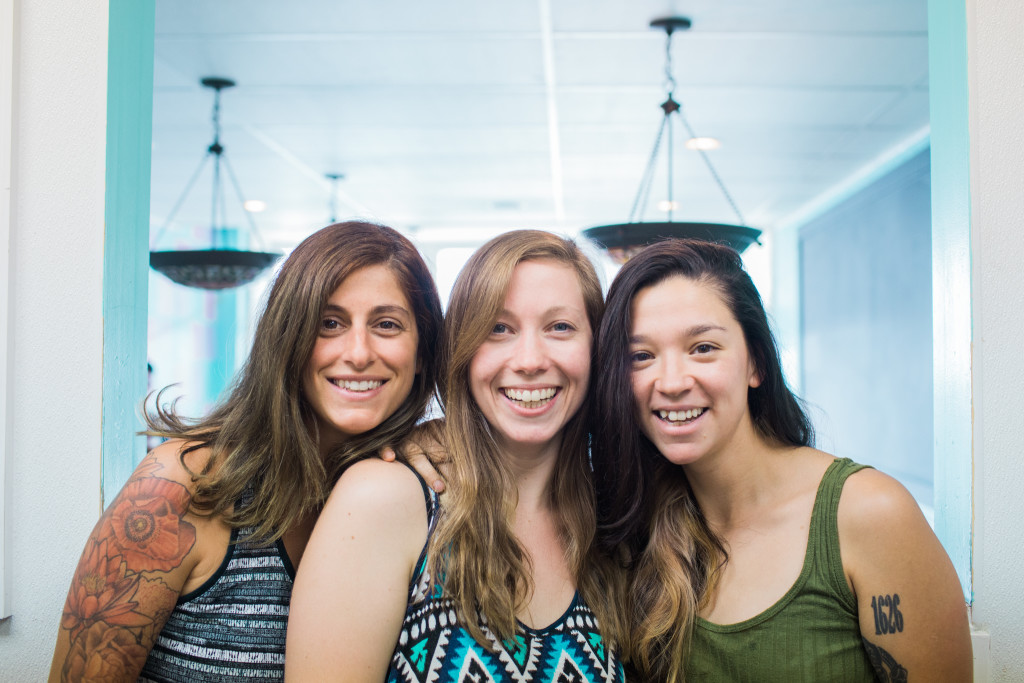 It’s only been six months since Valentina Fortuna, Lindsey Ferguson, and Maura Rosato launched Constellation Collective with a kitchen-warming kickoff party, but they’ve logged a number of milestones along the way.

There’s the commercial-sized jar of poppy seeds Fortuna picked up from Don Hollingsworth when his Haddonfield storefront closed.

It seemed bottomless. So when the last of the seeds was spent on a batch of Montreal-style bagels last month, the empty jar became a signifier of the health of the business, and it remains on the shelf.

Tokens like those were the first inklings that their from-scratch eatery was finding a growing audience beyond its customers at Revolution Coffee Roasters, Fortuna said. When My Little Kupkake shut its doors in July, the trio seized on the opportunity to open up shop.

Fortuna said the move will help the business, which was grown at farmers markets and in the commissary-like kitchen at The Factory, “to be more included in the community, which is what we really want to do.

“We love our customers so much, and they’re always wondering where our shop is,” she said. “It’s going to be good for us to have a face on the avenue.”

Ferguson echoed those sentiments, crediting The Factory and Revolution with giving their business a launch pad, while also acknowledging that operating their own storefront affords fresh opportunities.

“The Factory was huge for us,” Ferguson said. “We wouldn’t have been able to start our business without it. But it was hard for us to present a clear message of what we are because it wasn’t easy for people to see us. 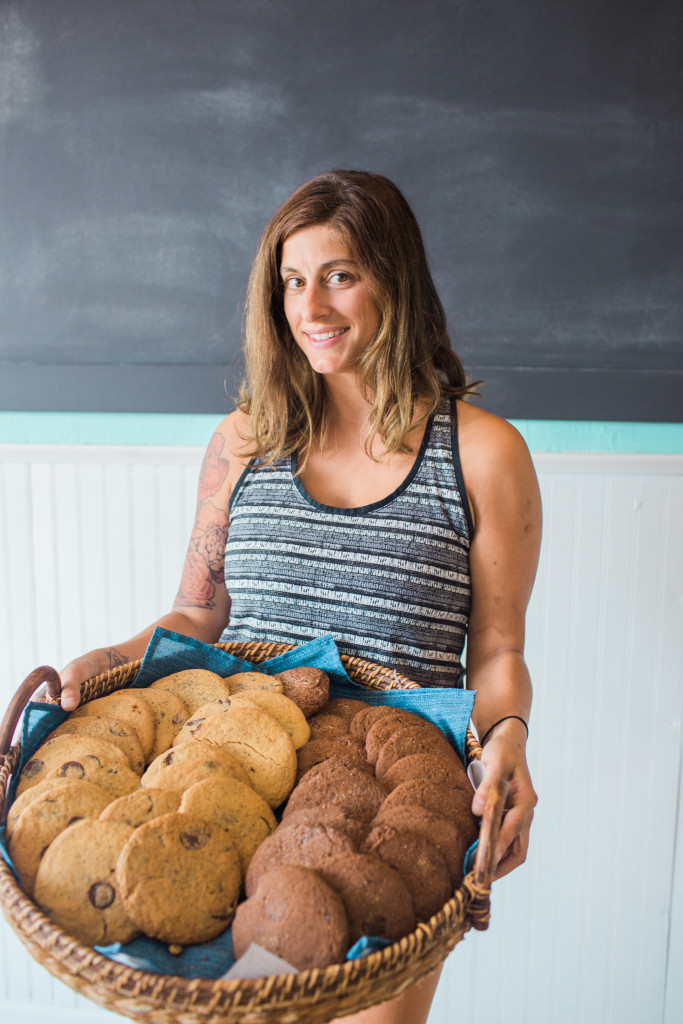 As the new headquarters of Constellation Collective, the storefront at 685 Haddon Avenue will see a few cosmetic changes, like a lunch counter in the front window and some interior seating.

Its pastel walls will yield to a more “industrial, clean” styling, but the shop is “basically fully equipped for what we need,” Fortuna said.

The menu will be seasonally inspired, Fortuna said, rotating through recipes drawn from American, Mediterranean, and European traditions, from pickled and preserved goods to fresh-baked pastries and infused drinks.

Breakfast will include fresh-made scones, muffins, croissants, bagels, biscuits, breads, and a sweet or savory waffle of the day. These will be complemented by fare such as migas, huevos rancheros, and shakshouka, a traditional Tunisian breakfast made with vegetables and poached eggs. Fortuna also plans to add a savory hot cereal, like stone-ground corn grits from Castle Valley Mill of Bucks County.

Lunches will offer unique spins on classic sandwiches like the Reuben, as well as soups, stews, and takeaway salads. Even the beverage menu will verge on the exotic, from house-made teas, tonics, and infused drinks, to French press and cold-brewed coffee. Fortuna said she is in talks with Revolution Coffee Roasters to produce a signature breakfast blend for the shop.

Although Restaurant Row is replete with dine-in eateries, Fortuna said Constellation aims to capture some of the takeaway, commuter business from places like Wawa by competing with a fresh-made alternative.

“We want to be pastry-heavy in the morning and have from-scratch, grab-and-go breakfast sandwiches wrapped up and ready,” she said. 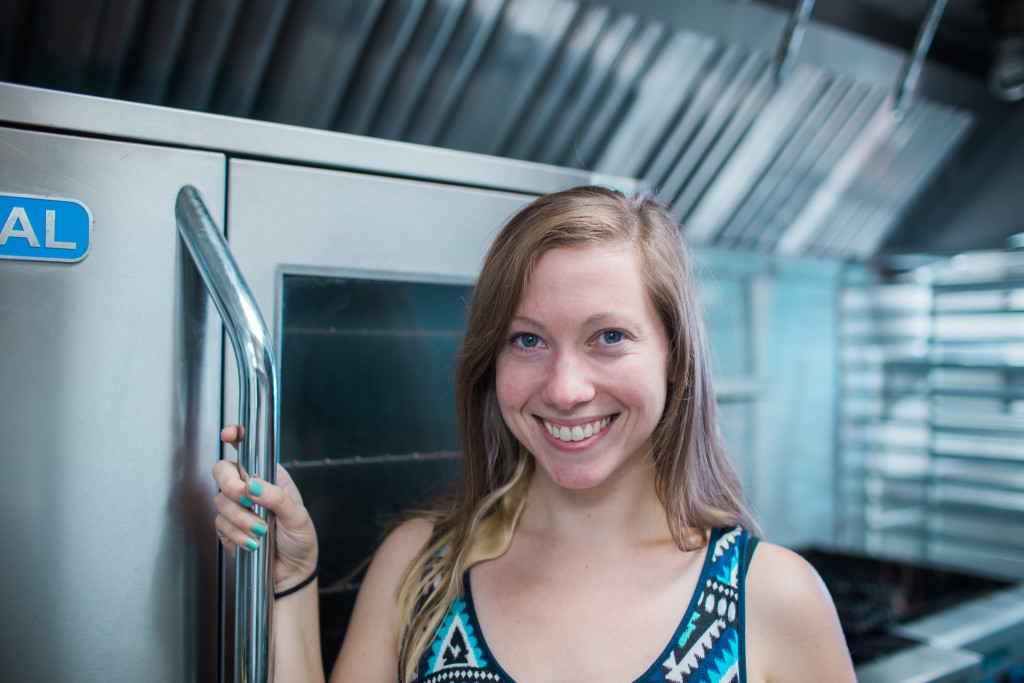 Ferguson, Fortuna, and Rosato call themselves a collective, and that intention is present in an approach to cooking that draws on long-running traditions from a variety of cultural heritages.

The trio interprets antique, home-style recipes through a contemporary lens, and with locally sourced ingredients. Even something as straightforward as a chicken salad sandwich is made with bread baked onsite, chicken roasted in the oven there, and topped with house-made spreads and pickles.

“There’s a real joy in being able to provide people with food that we’re real confident where we’re sourcing it,” she said. “We know a lot of our [food]producers personally. To be able to translate those ingredients into a dish, and then be able to see an individual enjoy that is, at the end of the day, what it’s all about for us.

“We want to bring back whole foods, whole grains,” Rosato said. “We’re trying to keep old traditions alive while putting a unique and modern spin on them—the old flavor you remember but with a new little kick to it.” 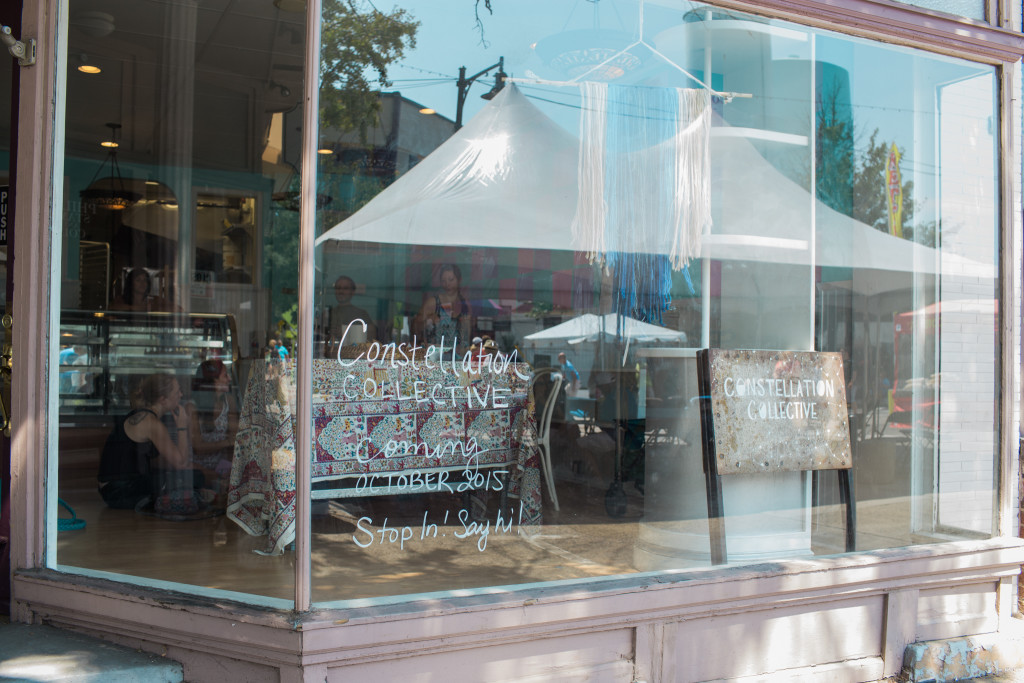 Rosato said she hopes the Haddon Avenue storefront will carry forward some of the energy and atmosphere built into the prior space, drawing “an eclectic mix of passionate people.

“We’re going to do a lot of to-go business, but I want it to be a cool spot for interesting people to meet, to bring their passion in here,” she said.

“We share our passions, you come in with yours and see what’s up.”

Most of all, Rosato said she wants Constellation Collective to be enjoyed as “a positive environment” in which the quality and presentation of the food are superior, but unpretentious.

“It’s evolved to be laid-back,” she said. “It’s going to look really pretty on the plate, but I don’t want it to be out of someone’s price range. I want it to be a place where you can visit two or three times a week.”

Although their run at The Factory came to a natural conclusion, Ferguson said she and her colleagues didn’t have any desire to leave town; rather, she said, it was the opportunity to stay in Collingswood that had them jumping at the chance for their own storefront.

“Locality is really important to us,” she said. “We have no desire to go elsewhere. Collingswood has been an incredible place to learn; to be young businesswomen. Why wouldn’t we want to expand here, given the opportunity?”

With their space at The Factory now available, the three hope the next entrepreneur(s) to take up the kitchen will benefit from the investment they’ve made in it. It’s an experience that was rewarding beyond expectations, Fortuna said.

“We definitely want to pass the torch down,” she said. “We’ve had a few trials as sisters, but we’ve gotten to know each other. I can’t imagine not waking up and knowing that I’m going to see them every single day.”

Constellation Collective will open its doors at 685 Haddon Avenue, Collingswood in early October.