Trending
You are at:Home»People»Cooper River ‘Indivisible’ Chapter Kicks off with Overflow Crowd in Collingswood

More than 200 people turned out Monday night to grab copies of the grassroots progressive organizing playbook. The local group is one of several that has been founded nationwide since December. 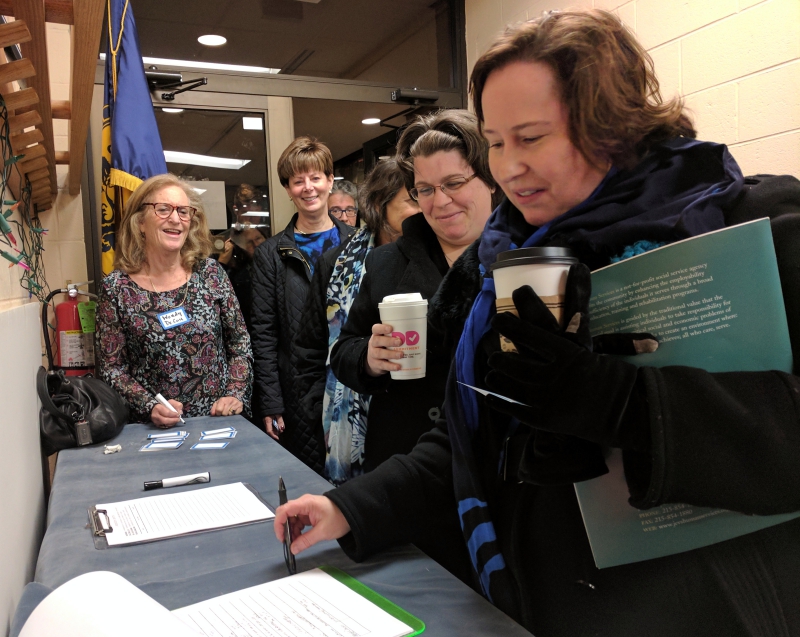 Wendy Clouser of Haddon Township signs in at the inaugural meeting of Cooper River Indivisible in Collingswood. Credit: Matt Skoufalos.

For as much as it owes to the power of digitally driven communication, political organizing in 2017 is, in many ways, still an analog game.

It starts in public spaces, and sometimes in their parking lots, as it did on President’s Day in Collingswood, where an overflow crowd gathered at the Collingswood Public Library for the kick-off of Cooper River Indivisible.

Built around a grassroots field guide published by former Congressional staffers, Indivisible describes itself as a practical toolkit “for resisting the Trump agenda.” Downloaded more than a million times since it was published in December 2016, its methods are derived from those of the Tea Party movement, which successfully installed a Republican opposition government to stonewall Barack Obama’s presidency in its second term.

The Indivisible playbook places a strong priority on local action to influence the behavior of elected officials at every level of government by jamming their phone lines, demanding accountability at townhall meetings, and running progressive challengers for their seats.

In another day and age, those activities might just have passed for basic civic engagement. Today, however, political participation is hampered by apathy, misinformation, and emotional reasoning that distances the electorate from its representatives and keeps citizens from finding common cause. 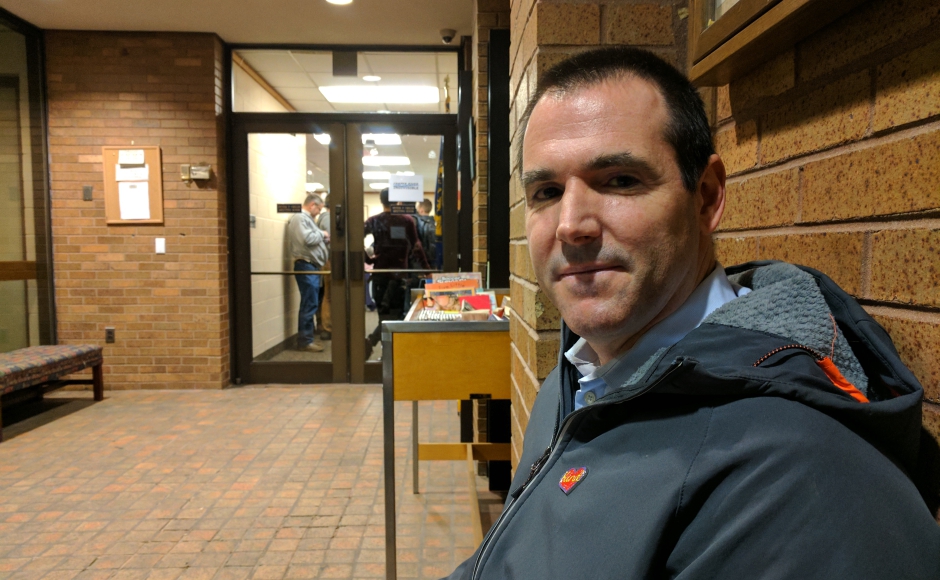 Craig Strimel of Haddon Township is one of the principal organizers of the Cooper River Indivisible chapter. Credit: Matt Skoufalos.

Rebuilding those relationships requires leading people through some of the basics of the process, said Cooper River Indivisible cofounder Craig Strimel.

A Haddon Township resident who teaches communications studies at the Community College of Philadelphia, Strimel said he’s found that a lot of the interpersonal obstacles to political engagement can be overcome in the neutral setting of aclassroom.

“I have the luxury in the courses that I teach that I can talk about any current events that are going on,” Strimel said.

“Time and again, we can so quickly come to the middle ground through conversation, through dialogue,” he said. “When people are face-to-face and they talk about what they care about, it does happen all the time.

“This is also a wake-up call for us as professors to go back to basics and make sure our students know what credible information is,” Strimel said; “how to differentiate between opinion and fact. Twenty years ago, we didn’t have to do that much to emphasize that.”

Strimel’s neighbor, Alexis Chase, has only lived in Haddon Township for three years, and is relatively new to politics. But she leapt at his invitation to participate in Indivisible after having been drawn into the fray by Donald Trump’s campaign rhetoric and subsequent cabinet picks after his victory. Given the opportunity to do something constructive and a framework in which to operate, Chase said other of her neighbors were quickly on board, too. 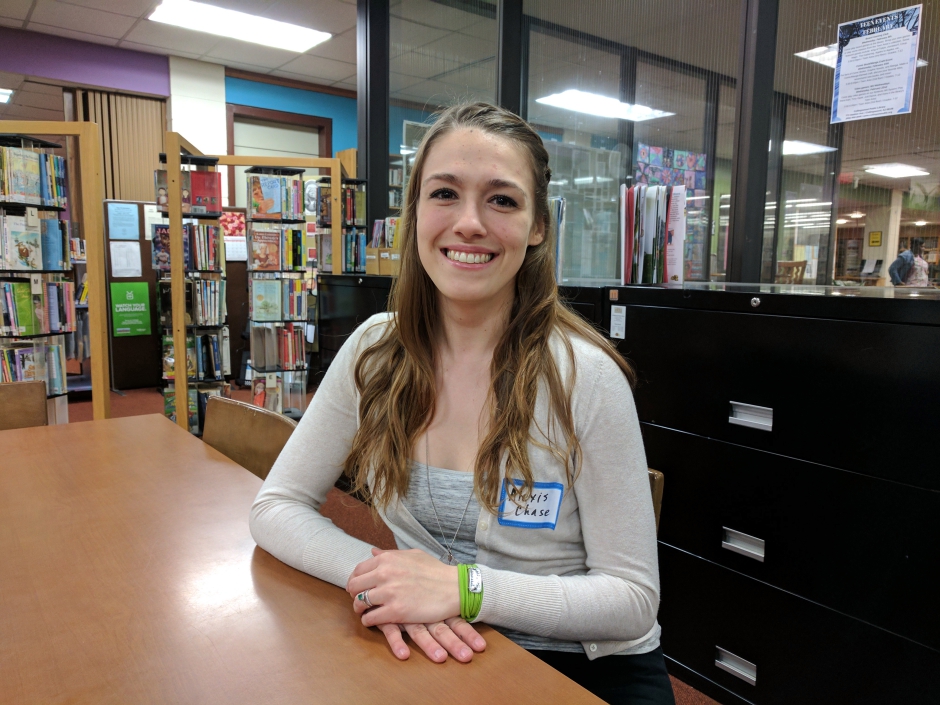 “We no longer wanted to be complacent,” she said.

“I feel like this movement and all the protests and rallies that are going on now is really giving everyone a voice and showing our government that what we think matters.”

Whatever the outcome of her involvement, Chase said she will be comforted by having expended the effort.

“Success for me would be knowing that I’m not going to bed each night wondering what I could do differently,” she said.

“Whether that is because I called my senators and representatives on the issues that day, or I wrote e-mails, or I spoke out and gave knowledge to others, that is what will be more powerful.”

Judging by the turnout on Monday, the group has more interest than planks in its platform. Collingswood resident Gretchen Seibert, a Cherry Hill middle-school teacher and Indivisible Cooper River organizer, said she wants to help its members form relationships within the group to leverage that enthusiasm productively.

“The first step, from my perspective, is education,” Seibert said. “You have to have knowledge in order to be able to know what you want to act on. Our goal is to build relationships; to provide a conduit of information. What we hope to achieve is going to come down to the different groups. 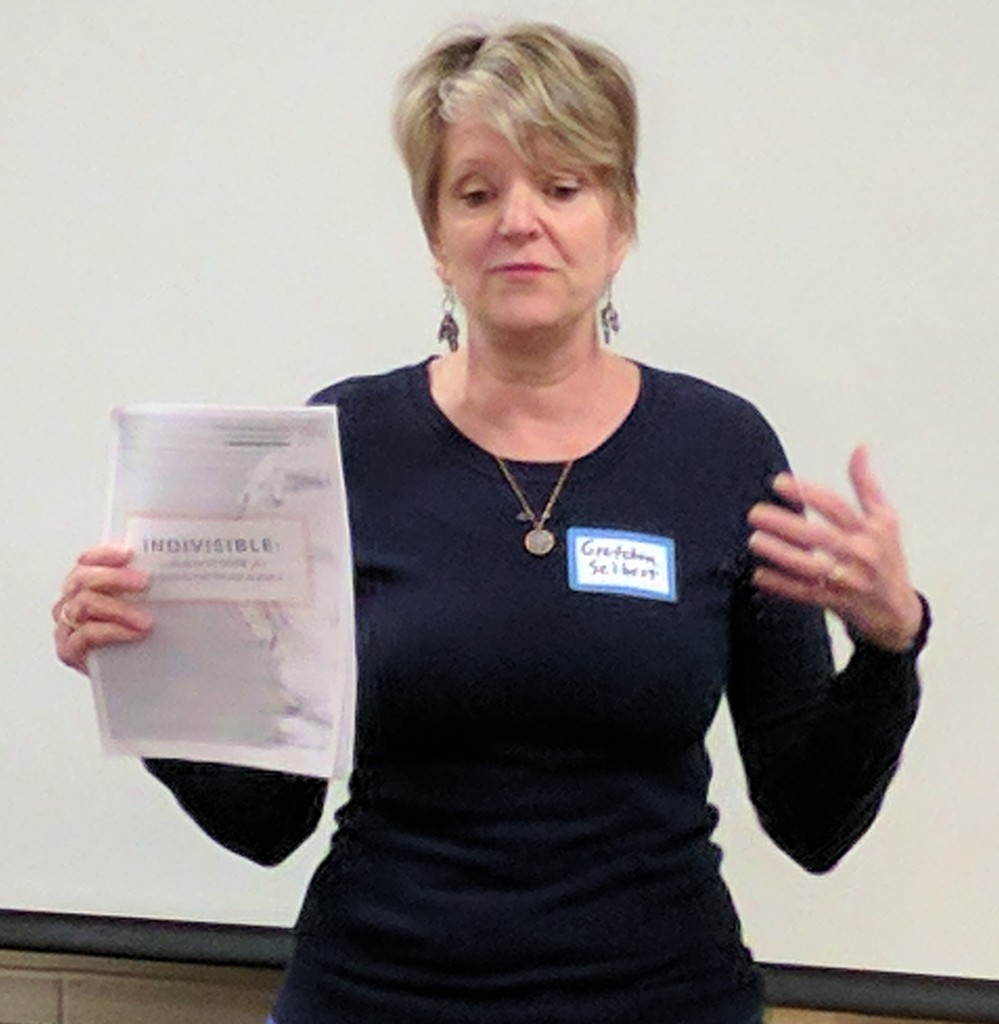 “The beauty of this is that [Indivisible]  is for laypeople,” she said; “how to understand how your member of Congress thinks, and how to use that information to save our democracy.”

Strimel and Seibert said they both hope the group will be able to sustain its momentum into the 2018 Congressional midterm elections: the next opportunity for progressives to shift the balance of power in the U.S. Senate and House of Representatives.

In New Jersey, it’s also the election in which the state will decide its next governor and assembly members.

“For me, this is country above party,” she said; “to get a shift in power so people are willing to stand up.”

Cultivating new blood is one of the reasons Douglas Campbell of Haddonfield said he has been organizing in local politics for 40 years. Campbell, who participates in groups like the Solidarity Forum and Our Revolution, said he was interested to see whether Indivisible Cooper River would be able to replicate the “very authoritarian structure” of Tea Party politics for a progressive movement. 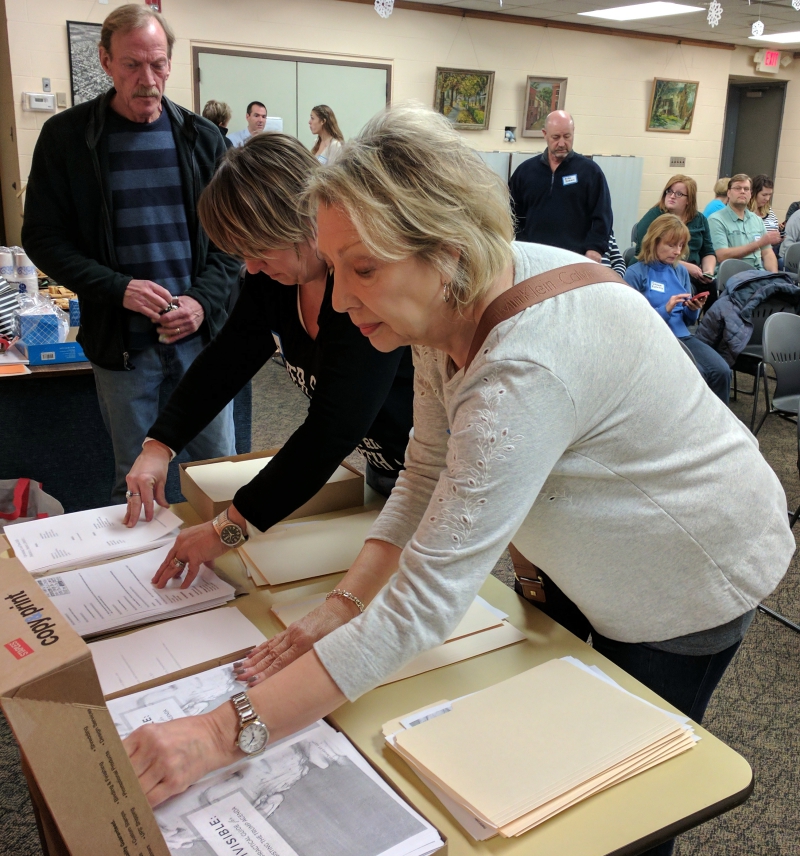 “[We need]  to find new Democrats to run, from school board up to Congress, to challenge the corporate Democrats who obviously can’t win at this point,” Campbell said.

“You can’t be voting for the lesser of two evils,” he said.

“I don’t see a third party being viable for many years, but taking over the Democratic party is possible.”

“Part of our agenda is to help identify and encourage people to run for office,” he said.

“We need to see young people start to take that leadership role.”

In the end, the group will only advance whatever agenda it establishes if it is able to unite people of various political affiliations in common cause. Strimel said that kind of organizing—the kind that connects neighbors of diverse opinions without negating their humanity—is often possible in apolitical environments, like block parties. Since organizing them in his neighborhood in just three years, Strimel said his block has grown from being well-meaning-but-isolated into a more tightly knit community.

“Now we know everyone,” he said. “We also know that we don’t agree with everyone on the block. But we keep maintaining the fact that we are neighbors first and foremost. We can be diametrically opposed and still be neighbors.” 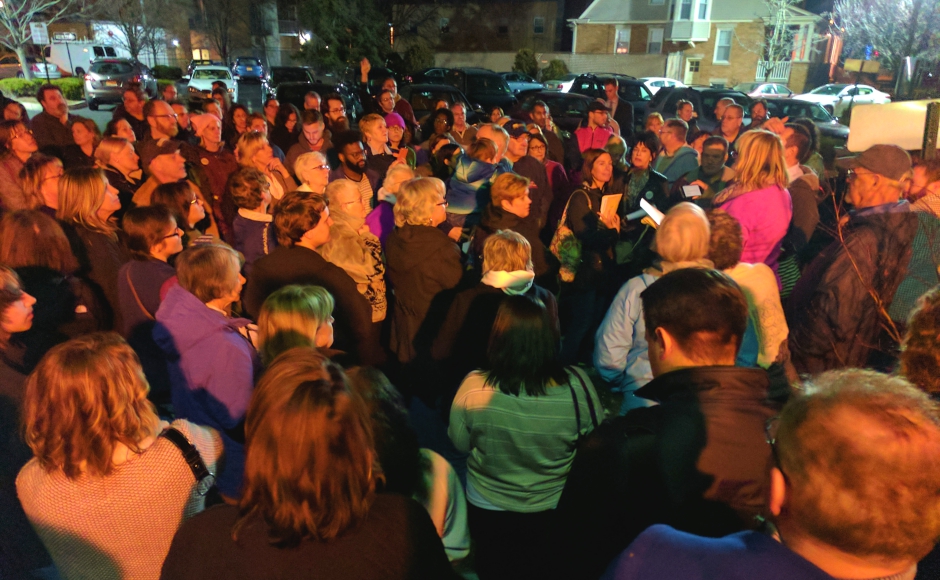 The crowd for Cooper River Indivisible flowed out from the overfull public meeting room at the Collingswood Public Library and into the parking lot. Credit: Matt Skoufalos.

Seibert said that she believes “things are softening a little bit” from the combative rhetoric of the immediate post-election environment, but that reaching across party lines is what’s needed to heal the nation.

“I just hope that too many people don’t get hurt in the process,” she said.

Seibert said her own classroom model provides lessons for broaching that dialogue.

When teaching middle-schoolers basic rhetoric and argument strategies, it’s an opportunity to allow them confront their own complicated opinions and feelings. So the first thing Seibert does is “make it very safe so they’re not judged.”

That same approach could be used to help de-escalate so much of the vitriol that surrounds most of today’s inter-party political discussions, where tempers are red-hot, and conversations focus on domination and winning instead of understanding and sympathizing.

“I even say sometimes, ‘I don’t want you to judge your own thinking. I just want you to think,’” Seibert said.