The waterway will be open to boating, rowing, and recreational use this weekend, but with another 30,000 cubic-yards of dredging incomplete, officials warned of another closing later this year. 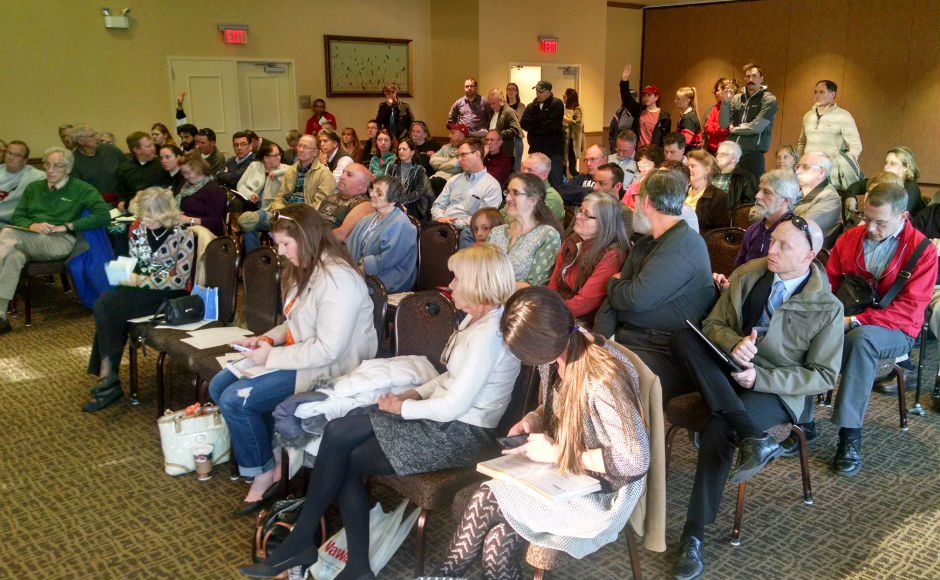 Since shutting down the Cooper River last August, the Camden County dredging project has pulled 85,000 cubic-yards of sediment from its bottom, stabilized its banks and outfalls, and restored the waterway to environmental conditions unseen since its design in the 1920s.

The project has also suffered technological complications that ran costs well over an original, $7-million estimate. A return to traditional dredging methods in the early going stabilized the operation, but pushed the price tag up to $10 million.

“It’s the single most expensive project that the county has undertaken for recreation,” said Camden County Freeholder Jeffrey Nash. “The course is dredged; the objective now is to preserve the dredge that we’ve done.”

According to a mandate from the state Department of Environmental Protection (DEP), the county intends to pull another 20,000 to 30,000 cubic-yards of sediment from the river in a “preservation dredge” that will reinforce the work done to date, Nash said. DEP also forbids dredging from April 1 to June 30 as well as from September 1 to November 30 so as not to interfere with fish spawning season.

That leaves county officials with the choice to wait until winter, interrupt another rowing season in the fall, or try to get the work done during the summer months, when the river is in its peak use. By the end of April, they should know “as to whether we can have some flexibility with the timing,” Nash said. “Until we have that answer from DEP, there’s really very little that we can do.

“We have 30,000 cubic yards to be removed from the east end of the river, outside of the rowing course,” he said. “We can get that done fairly quickly. The sooner we can get in to remove that, the sooner we can finish. If we start in October, we should be done by the first of the year.

By March 2017, all traces of the work would have disappeared from the riverbanks, Nash said.

“We can go back in in July and do this, but we’re not,” said Dominic Vesper, Deputy County Administrator of Public Services. “We’re going to wait until the DEP reconsiders our request to go back in in September.”

In the meantime, Vesper said all Geotube sludge de-watering pipes will be pulled from the riverbanks along Cuthbert Boulevard to Route 130; those up the river will be returned during the additional dredging period. Pipes in the area of the river that is not part of the rowing course will remain. Vesper said the county is exploring its options for water patrols to keep users from encountering the pipes during periods of heavy activity.

Although the faster, less expensive dredging technology didn’t deliver on a shorter timeframe or lower cost, “there were a lot of victories on our end for how we did,” Vesper said.

“We had three anonymous complaints to the DEP about our project,” he said. “All three complaints discovered not one issue. A DEP shutdown [lasts]30-60 days. The fact that DEP came out to our site even more than they should have and [found]not one issue is phenomenal.”

For members of the local yacht club, scholastic rowers, and collegiate and recreational rowing clubs, however, the impact of the project has been felt dearly. Many have been frustrated by the added expense of shifting their activities to alternative locations, the loss of sustaining income from dues and other club fees, and the loss of opportunities for scholarship or college recruitment. 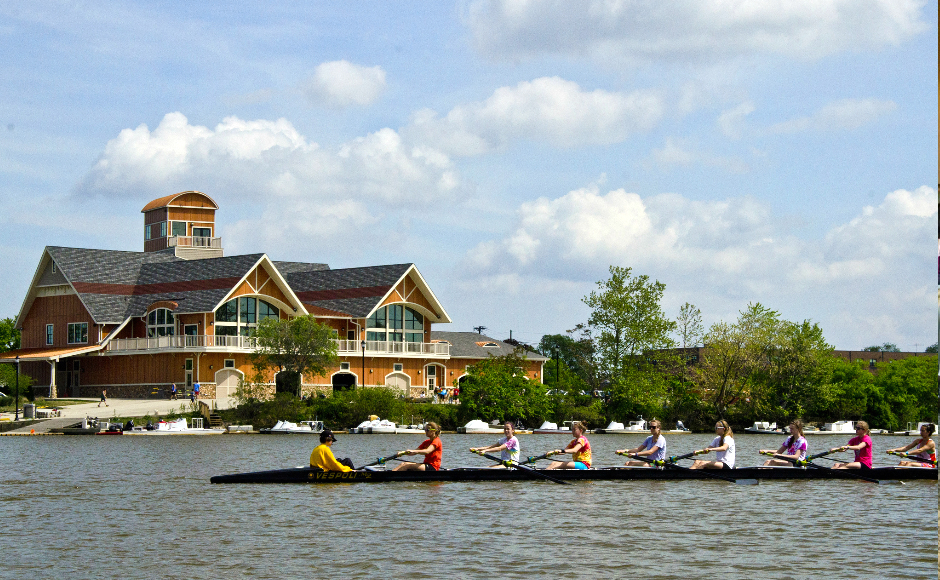 “For the current athlete, this has been very frustrating,” said Sandi Kelly, Camden County Director of Events and Community Outreach. “We get that.

“In order to sustain the Cooper River to be a rowing destination for future generations, we had to do this project,” she said. “If we didn’t do a dredging project, no one was going to be able to row here ever again.”

In acknowledgment, fees for use of the county boathouse were prorated through August 2015, and were waived for 2016. Kelly said the county also issued no regatta permits with the understanding that it could not guarantee the ability to host such events during the project.

“It takes time for the dredge spoils to dry out and to be hauled out,” Kelly said. “We don’t have the land to have large scholastic events.”

Roy Ruggiero, president of the Haddonfield Memorial High School rowing club, said that he’s seen its membership dip from around 90 in fall 2015 to 70 rowers at present, due to the dredge. The pay-to-play club has had to move its equipment to Curtin Marina in Burlington City, and were the team to lose the opportunity of another season at Cooper River Park, it could mean $15,000 in bussing costs and a 20-mile, weekday, rush-hour commute. The average rower already spends $1,700 per season to compete, with scholarships helping defray some of those costs at the collegiate level, Ruggiero said.

“I’m really excited [that the river is reopening], but we just took a lot of effort and expense to move stuff to Burlington,” he said.

Ruggiero, who also rows with the Camden County Master Rowers, said the best those who use the waterway recreationally can hope for is that the county will implement a safety plan to keep the river open during the remainder of the dredging that is to occur.

“The pipe proposed was to run up the north shore; I’m hoping it’ll be contained at the lower end,” he said.

Ralph Talbot, Commodore of the Cooper River Yacht Club, said the opening of the river allows boaters to plan for a full summer schedule with lessons. The club’s learn-to-sail programs are a source of membership as well as club dues; 112 people had already paid up for the coming year as of Wednesday, Talbot said.

“This park is truly the jewel of the county’s park system,” Nash said. “We have 20 different parks, but this park itself is the economic engine for the region. It is a great tourism mecca for Camden County.

“I think we are at the tail end of something very special,” he said.