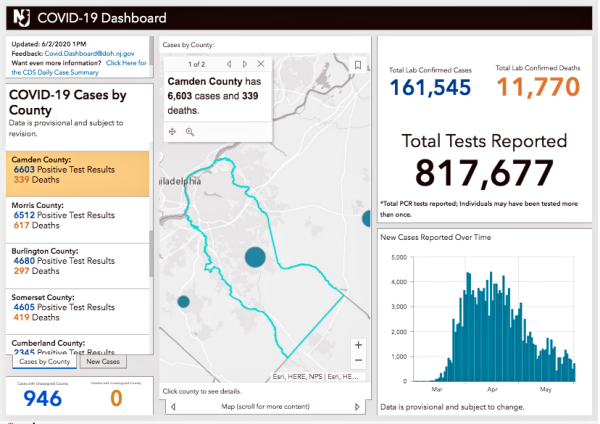 Sadly, 51 more residents have perished from complications related to the virus, bringing the statewide death toll to 11,770 lives lost during the pandemic.

Throughout New Jersey, 2,372 people are hospitalized with a case of COVID-19, or while awaiting confirmation of their symptoms.

Of those 2,372 patients, 639 are in intensive or critical care; 459 of ICU and critical-care patients (72 percent) are on ventilators, a fourth consecutive day at less than 500 people.

In the past 24 hours, 71 New Jersey hospitals admitted 151 new COVID-19 patients and discharged 102 others, either to a lower-acuity care setting or to their homes.

Across New Jersey, 545 long-term care (LTC) centers have reported at least one case of COVID-19, and account for 33,318 infected patients and staff, or 21 percent of total cases.

That includes 22,423 residents and 10,895 staffers sickened by the virus, as well as 5,158 lab-confirmed resident deaths (44 percent of the statewide total) and 107 facility-reported staff deaths.

Of 654 veterans residing in a state-run home, 385 residents have tested positive for COVID-19, and 145 have died from complications related to the virus. Six veterans presently are hospitalized with COVID-19, and 210 have recovered from the virus.

At state-run psychiatric facilities, 211 of 1,235 patients and 486 staff members have tested positive for COVID-19. Seven staffers and 13 patients have died from complications related to the virus; unchanged since last week.

Twenty-one patients are presently receiving care at one of the state’s field medical stations, which have served 471 people in total.

The statewide average of COVID-19 spot positivity testing stood at 3.6 percent May 29; in South Jersey, it’s slightly higher at 5 percent. 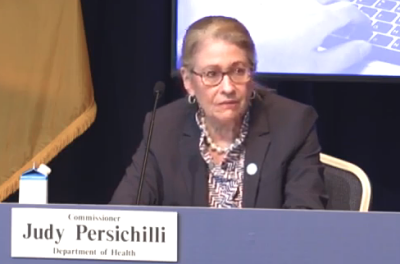 The syndrome was initially compared to toxic shock syndrome and to Kawasaki Disease, which typically infects infants and very young children.

However, the commissioner said it’s a new illness that is “believed to be an abnormal, aggressive immune response to COVID-19.”

All 32 patients have tested positive for exposure to COVID-19, Persichilli said, making it an underlying risk factor for the syndrome (along with living in areas with a significant amount of exposure to the virus). She also noted that black children account for a disproportionately high number of those affected by the syndrome.

No deaths have been associated with this syndrome in New Jersey. Seven of the 32 patients diagnosed with it are still hospitalized. 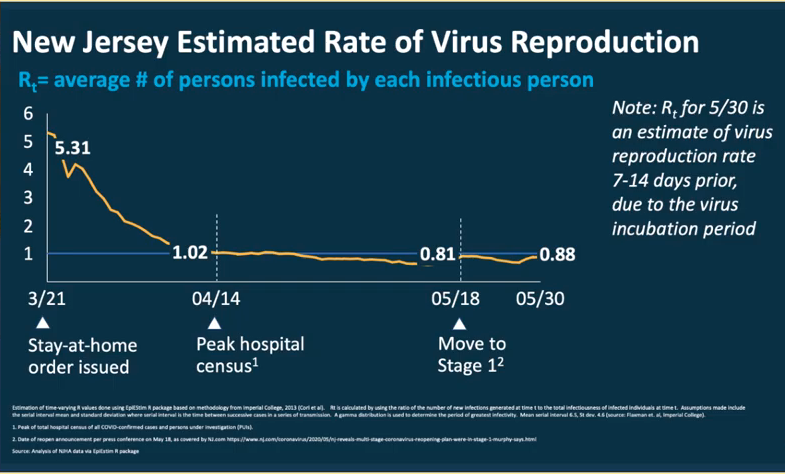 COVID-19 transmission indicators down due to social distancing

Although New Jersey still ranks tops in the country in COVID-19-hospitalized patients, second in deaths per day, and 15th in new cases per day, the state has dramatically cut person-to-person transmission rates of the virus.

Since March 21, when New Jersey’s stay-at-home order was announced, the rate of spread of the virus has fallen by about six times its initial level, Murphy said.

Within three weeks of social distancing, the estimated rate of COVID-19 reproduction had fallen from 5.31 (every COVID-19-positive person infecting five others, on average), to 1.02 (every COVID-19 patient infecting only one other). Today, it’s less than 1 (0.88).

“Once you get below one, the virus is no longer increasing,” said Ed Lifshitz, Medical Director of New Jersey’s Communicable Disease Service. “If you’re infecting less than one person, you’re getting better and better as the outbreak goes.”

“Your hard work and sacrifices made this happen,” Lifshitz told New Jersey residents.

The governor attributed the decline in cases to social distancing measures and wearing face coverings, which he described as “the only cure and treatment” available in the absence of a vaccine or viral therapeutics. 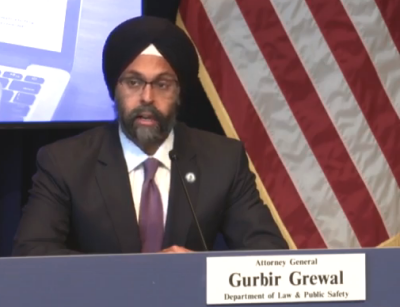 New Jersey Attorney General Gurbir Grewal announced Tuesday that his office is rolling out a number of policing reforms throughout the state.

Despite the number and intensity of national demonstrations sparked by the death in police custody of George Floyd in Minneapolis, Grewal said the measures had been in the pipeline for a while.

“We began planning all of these programs long before this week’s protests, and we’ll continue them long after the protests end,” Grewal said.

They include expanding crisis intervention team (CIT) training throughout the state, beginning with a pilot program in the Atlantic City, Millville, Paterson, and Trenton police departments as well as among those troopers detailed to the statehouse in Trenton.

CIT training gives officers “the knowledge and skills they need to respond to an individual in psychiatric crisis,” Grewal said, describing it as “one of the most effective ways to reduce use of force incidents.” If the pilot program is successful, the training will be rolled out statewide, he said.

Grewal also described the establishment of a statewide professional licensing program for police officers in New Jersey. First outlined in the December 2019 “Excellence in Policing” initiative, the program will be presented to the state Police Training Commission later this month.

As many as 43 other states have such a program, Grewal said.

In July, the Office of the Attorney General (OAG) will expand its Use of Force Portal statewide, the better to gather and analyze uniform use-of-force data from all law enforcement agencies in New Jersey. The portal had been rolled out in a pilot form last year after an NJ.com long-term reporting project proved how difficult reviewing such data presently is.

At the same time, the OAG will update the statewide Use of Force Policy for law enforcement, which hasn’t been reviewed in 20 years, to “ensure that our policy reflects the values of New Jersey today,” Grewal said. Those recommendations will be issued by the end of 2020 at the latest.

Finally, the state will establish a Division on Civil Rights (DCR) Incident Response Team, which it currently lacks. These specialists are available to deploy to communities “after a moment of collective trauma,” Grewal said, to respond in the wake of major civil rights incidents.

“There’s only one way to build trust between law enforcement and the community, and that’s by working at it day after day, year after year, in church basements and school gymnasiums, during good times and bad,” he said.