Plus: mental health concerns are on the rise, as Health Commissioner Judy Persichilli reports an uptick in fentanyl-related opioid overdoses. 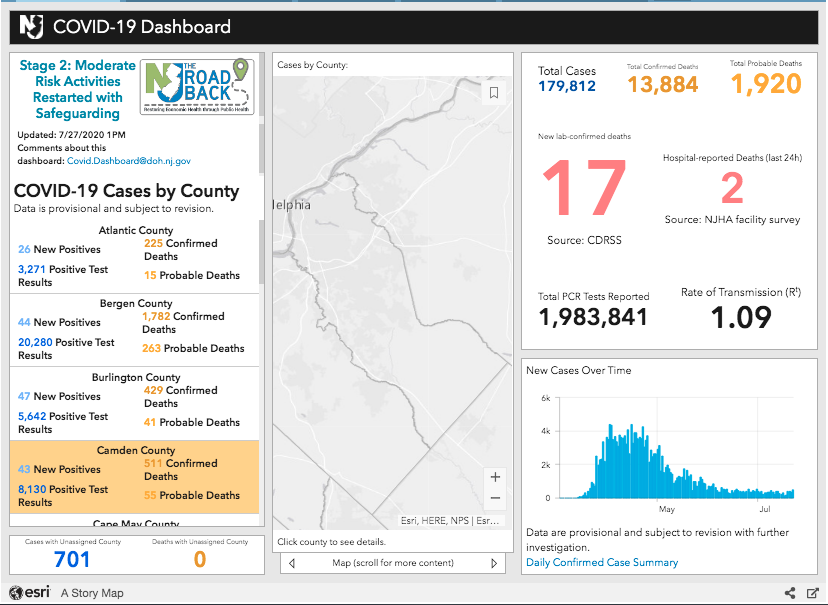 Sadly, 17 more residents have perished from complications related to the virus, bringing the statewide death toll to 13,884 lives lost during the pandemic.

Six of those were associated with long-term care facilities; four have occurred within the month, and two within the past two weeks, New Jersey Health Commissioner Judy Persichilli said.

In addition to those lab-confirmed fatalities, the state also recognizes another 1,920 probable COVID-19-related deaths.

Throughout New Jersey, 695 people are hospitalized with a case of COVID-19: 345 have tested positive for COVID-19, and 350 are awaiting confirmation of their symptoms.

Among those hospitalized patients, 128 are in intensive or critical care, and 54 of ICU and critical-care patients (42 percent) are on ventilators.

Issues with laboratory data have hampered reports of COVID-19 transmission rates since last week, officials said, but as of July 25, the figure stands at 1.09.

Any Rt figure of more than 1.0 means that each new COVID-19 patient is infecting more than one other person, on average, which means the virus is spreading.

The lowest recorded Rt since the mid-April COVID-19 spike in New Jersey was 0.62, recorded June 9. It spiked at 1.11 two weeks ago.

The Rt, spot positivity, and new infection figures have been affected by a release of test results that were backlogged last week amid an “explosion of national cases” that has strained laboratories, Persichilli said Friday.

Long-term care accounts for half of all deaths, a fifth of those infected

Across New Jersey, 592 long-term care (LTC) centers have reported at least one case of COVID-19, and account for 37,309 infected patients and staff, or 21 percent of total cases.

That includes 24,517 residents and 12,792 staffers sickened by the virus, as well as 6,888 lab-confirmed resident deaths (50 percent of the statewide total) and 119 facility-reported staff deaths.

Of 654 veterans residing in a state-run home, 388 residents have tested positive for COVID-19, and 146 have died from complications related to the virus. Ten veterans presently are hospitalized with COVID-19, and 240 have recovered from the virus.

At state-run psychiatric facilities, 213 of 1,232 patients and 509 staff members have tested positive for COVID-19. Thirteen patients and seven staffers have died from complications related to the virus.

To date, 55 New Jersey children aged 1 to 18 have been diagnosed with pediatric multisystem inflammatory syndrome, Persichilli said; no new cases this week.

All have tested positive for an active COVID-19 infection or the presence of COVID-19 antibodies, indicating exposure to the virus. Two children are still currently hospitalized. No deaths have been associated with this syndrome in New Jersey. 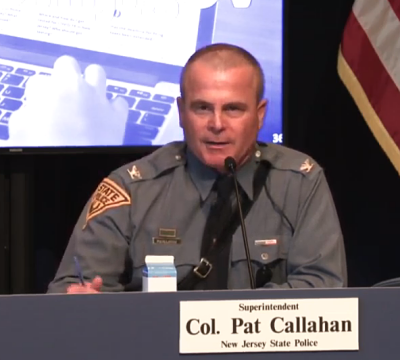 On Monday, officials said new pockets of COVID-19 have been tracked throughout the state that are a byproduct of large social gatherings.

The governor ticked off a list of such reports, including:

(Unrelated to those gatherings but also discussed as cause for concern during the briefing was the decision over the weekend by the Rutgers University football program to shelve its voluntary offseason workouts amid a number of positive tests.)

Asked whether he thinks the shutdown of indoor bar service is driving partygoers underground, Callahan said people are gathering at home, adding, “but if they’re outside, social distancing, it can be done in a safe manner.

“When the max capacity is 500 and there’s 700-plus people there, it’s just unacceptable, and moreover, it’s not safe,” the colonel said.

“This is among us, folks,” Murphy said. “Particularly congregating inside, in close proximity, poor ventilation, without face coverings, you’re absolutely looking for trouble, no matter how old you are.

“Gather outside, gather responsibly, put a face covering on, stay away from each other,” the governor said.

“Although they don’t experience what we would call severe illness as often, young people can still transmit COVID-19 to those they love,” she said. 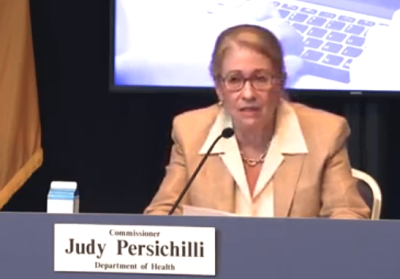 The pandemic is taking its toll on everyone in the country, whether they get sick with the virus or not, the governor said.

During Monday’s briefing, he acknowledged that “domestic violence, drug abuse, suicide; sadly, all of these things, not just in New Jersey, are up all over the place.”

In an issue brief last week, the American Medical Association said that a majority of U.S. states “have reported increases in opioid-related mortality as well as ongoing concerns for those with a mental illness or substance use disorder in counties and other areas within the state.”

Persichilli said her department has seen an uptick in fentanyl-related overdoses among other broad mental health concerns. She suggested that opening up harm reduction centers throughout the state could help, but added that “mental health is a huge issue” among the general population.

A note on schooling

Finally, after issuing statewide guidance that would allow for fully remote learning options for children for the fall 2020 school year, Murphy on Monday acknowledged the difficulty of creating a uniform educational experience across the state.

“If done safely, I believe we must try to include at least some aspect of in-person education for our children this fall,” the governor said.

“We have in place a concrete plan to close the digital divide, but there’s no question that remote learning is easier for affluent communities and their families,” he said. “As families of children with special needs know, it isn’t easy, or sometimes even possible, for them.

Later in the briefing, Murphy acknowledged the stressors put on working-class families “that rely much more on in-person education” for their children as well as the “huge gaps” among those living in households in urban, suburban, and rural districts.