The governor says he will explore all options, including a ban on gatherings as small as 10 people or fewer. An announcement could come tomorrow night.

Statewide cases of novel coronavirus (COVID-19) jumped up by another 155 additional positive cases, to 890 total Friday, as the death toll climbed by another two, to 11.

Nine of those deaths are of people with underlying health conditions, including diabetes, hypertension, and obesity, Persichilli said. Four of the cases originated in long-term care facilities.

Only Salem County has no confirmed cases of COVID-19 among its residents, although the state is currently reviewing another 94 cases, the status of which hasn’t been announced yet.

“We expect a surge in cases that will stress the healthcare system significantly,” Persichilli said.

To that end, the state is evaluating potential sites that could be brought online to absorb any additional patient needs, and adding “bolt-on wings” to existing healthcare facilities, she said.

The former Underwood Memorial Hospital (Inspira Health) in Woodbury could be reopened within three to four weeks “after a thorough cleaning and decontamination,” Persichilli said. That would add 300 beds, and a former hospital facility in Plainfield could add another 500 beds “of unused capacity, ready to go when the surge occurs.

“Notice I didn’t say if the surge occurs,” Persichilli said.

‘We are many weeks away from the apex’ 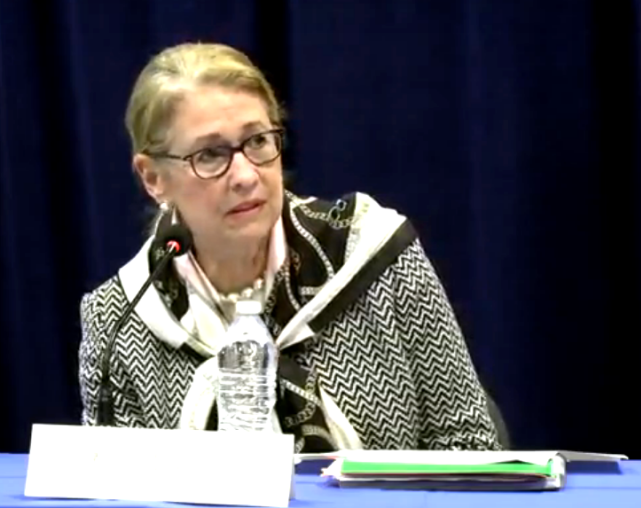 Governor Phil Murphy echoed her sentiments in his remarks.

“Our gut tells us 155 [new cases]  is light given what we will learn by the end of the day,” Murphy said.

“Based on any amount of input, we are many weeks away [from the peak of the virus’ impact].

“You’ve got an obvious community spread and an explosion in the testing regime,” he said.

“The more information we have, the better we will be able to respond to this crisis,” Murphy said.

In order to expand COVID-19 testing, New Jersey is removing insurance copays for the test, as well as offering testing to uninsured people for free.

“Cost will not be a barrier for anyone,” Murphy said.

Six hundred people were tested in Bergen County in a matter of hours on Friday, with another 350 tests expected tomorrow, Murphy said. The Federal Emergency Management Agency (FEMA) will open another drive-through testing site at the PNC Bank Arts Center in Holmdel, likely by March 23. To be tested, patients must be symptomatic and have identification.

Processing those specimens is easier in New Jersey than elsewhere in the country given the state’s strong presence in the medical sector, Murphy said. The state laboratory can process 1,000 tests a day, and private companies like Lab Corp and Bioreference, which are headquartered here, can process as many as 20,000 samples daily.

“Lab capacity is no longer an issue in New Jersey, as it is nationwide; our focus can now move towards specimen collecting,” the governor said.

Murphy also said that additional restrictions on individual behavior could be forthcoming from the state in order to limit the impact of the virus on its healthcare system.

These actions could include limits on any social gatherings whatsoever, although Murphy said he hadn’t finalized the concepts yet.

“We are likely going to tighten the screws on social distancing, and if we do that, it’s likely tomorrow night,” Murphy said. “We want to do this right.”

“If I had to put a phrase on it, it’s our-way-or-the-highway time.”